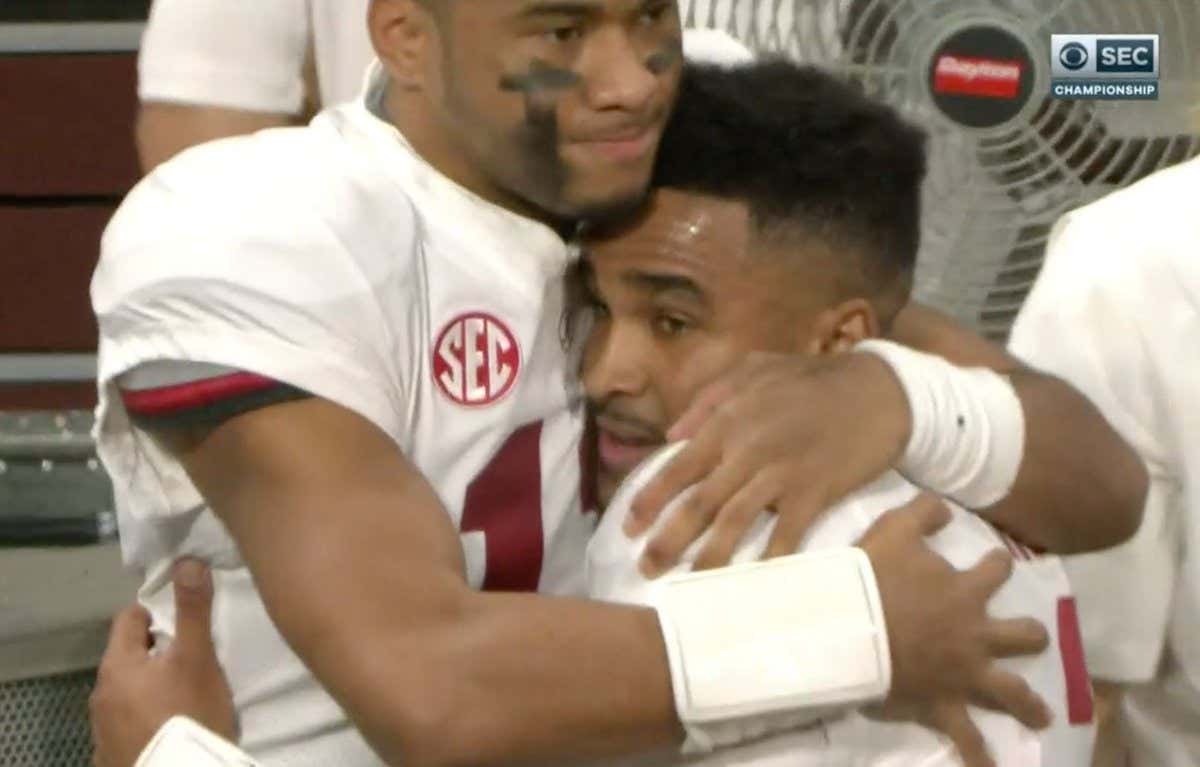 Tua Tagovaioloa injured his ankle early in the game and then had it reaggravated it again in the 4th:

Jalen Hurts immediately came in and led a comeback against the same team he was benched against a year ago in the same building:

He was helped by a bizarre fake punt:

It played like a movie. Even Nick Saban was crying: