The blog that filled a day of radio…

“You come at the King, you best not miss.”—Omar Little

Ellie Schnitt wrote a blog yesterday, to the surprise of many.  She’s been here a few months, which you wouldn’t know unless you asked Gaz, who is in charge of combing her hair twice a day. I’ve passed her desk a few times but I assumed she was someone’s abandoned daughter, left behind from some job shadow program we set up with a local high school. Perhaps her mom dropped her off, then slipped under a bus, her dad’s incarcerated, and we didn’t have the heart to tell the kid to fuck off. So, like everyone at Barstool, we handed her a keyboard and said “try.” So far, she hasn’t.

We all have our areas of expertise here at Barstool. PFT is a master satirist; Bob Fox is the authority on combat sports and Star Wars; (insert random female employee to cover my bases) is a master at (insert disingenuous credit).

I’m a writer. And one who relishes slowly, gently dismembering foes over the course of a few thousand words. Which is why, when Ellie wrote an attack blog against me, my mouth started to water like a full-moon tide had rolled in over my gums. And boy, did she pick the wrong time to jump on the keyboards with me. I am seeing every single stitch on the ball right now. I felt like Eminem after MGK released that diss track against him. I felt like Kobe when some make-a-wish kid challenges him to a game of one-on-one. But hey, let’s do it Ellie. Welcome to hell.

Ellie graduated from Illinois State University last year. Apparently it’s a college. But based on its acceptance rate, it sounds more like one of those medical trucks that parks in bad neighborhoods to treat homeless needle addicts. Door’s open, folks! Come one, come all, to experience the least rigorous academics in higher education. Where the degree is more likely to make you money if you fold it into a paper airplane and throw it at a passing Brinks truck in the hope that it causes the driver to veer off the road, tip the truck, and send money bags scattering across the concrete.

Perhaps the saddest thing about this place is that the students refer to it as ISU, but when you google “ISU”? 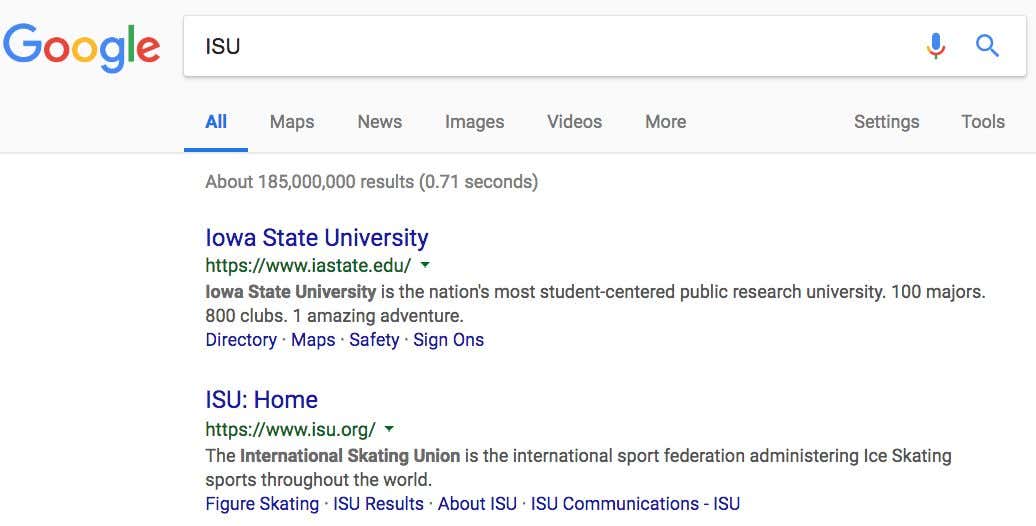 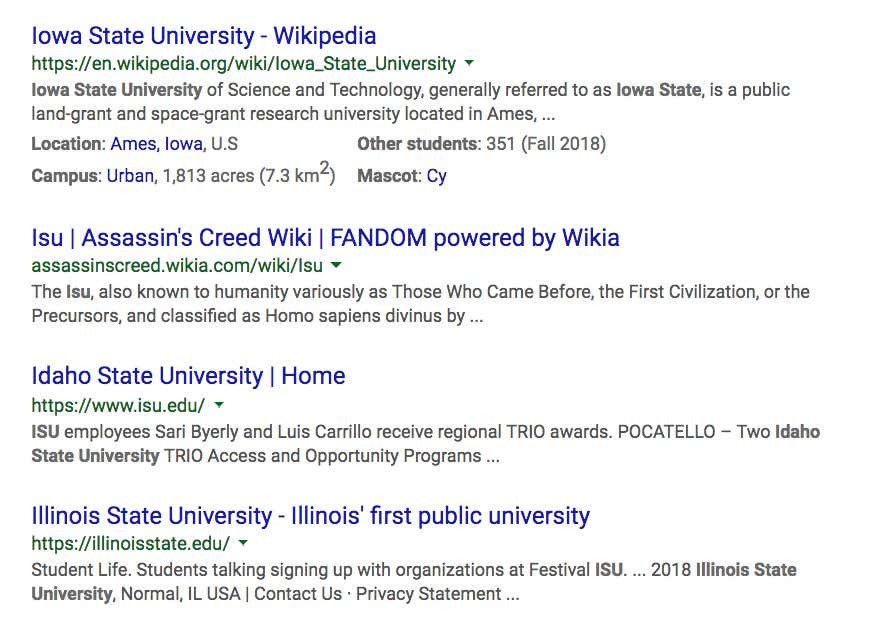 Here are the organizations that go by ISU that are more well-known than Ellie’s alma mater:

4. A group of early humans in the game Assassin’s Creed

HOOOOOLY SCHNITT! Have some fucking pride in your SEO, Illinois State! Do you not want people to learn about you? Is that why you’re struggling so much with enrollment? You got bumped by the International Skating Union AND a fake tribe of cavemen from a videogame!! You don’t google “Harvard” and scroll through a bunch of hysterically pathetic Harvards before you get to Harvard. You get… Harvard. For an entire page. And then a bunch more. Because Google knows what people want when they search Harvard.

After “college,” Ellie caught the eye of some Barstool people because her tweets had huge numbers. Let’s take a look at some of her hits:

Disgusting.  If you cry this much, wear waterproof mascara. Grow up.

Is this real life? Are you fucking kidding me with this shit? 56,000 likes for this pointless thought? I feel like I’m taking crazy pills. Oh, what a hysterical, relatable nightmare that is, Ellie. Meanwhile, somewhere in Nebraska, a poor farmer’s wife was jolted awake this morning when her insane husband sloshed a bucket of well water over her face because she put the forks in the dishwasher tongs-down, instead of up, even though she’s been told “THOUSANDS OF TIMES THEY DON’T GET CLEAN THAT WAY!” That’s unhappiness, Ellie. Try using your social media influence to better the world.

Now let’s dissect her thoughts on me. She wrote a bunch of stuff about this photo: 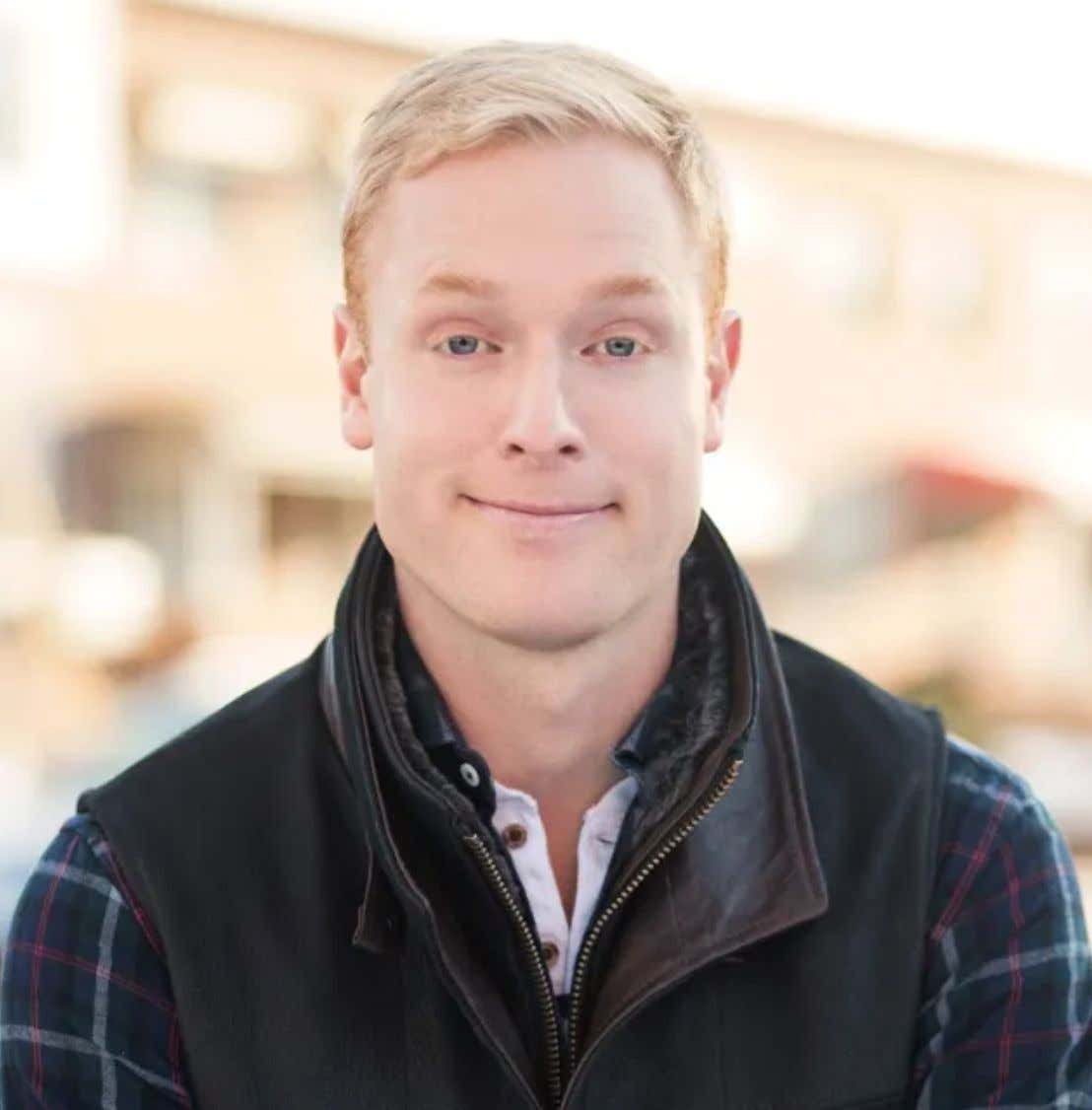 My first guess would be that he?s a corrupt investment banker who?s embezzling funds to pay for his new Yacht, which he?s named ?The Fancy Lady?.

Ellie is the type of girl who insults a guy for owning a yacht, then hears about a party on that yacht, then begs for an invitation to that party, then posts an Instagram collage with 12 photos of herself on the yacht with a caption like “living my best life” or some low-effort seafaring pun like “let’s get nauti!” It’s hypocrisy like this that caused me to ban her from any/all yacht parties I ever throw.

“Setting women up?” I don’t know what sort of rape-fantasy literature you’re reading, but my sexual partners aren’t hoisted into a harness before I perform for what sounds like a perfectly efficient amount of time. They climb in themselves, of their own volition, because I’m a good guy and I buy the best gear. It’s all hypo-allergenic and I blast it with anti-bacterial foam after each playdate.

By this point, I figured something else was going on. Women don’t typically exert this much energy on me unless they’re struggling with feelings. Sure enough, Ellie admitted her attraction to me in the next line:

He actually looks like my type: skinny, muscle-less white boys who pay for their Patagonia vests with daddy?s money.

Sorry Ellie. I may be your type, but I prefer curvaceous, athletic, ethnic women who purchase their outerwear with money they earned themselves. PS- update your offensively antiquated dating preferences, you shallow fuck.

In the end, I tip my cap to Ellie. The line about horses was funny. It takes balls to come at me. I wouldn’t have done it if the roles were reversed—?if she had my writing ability, and I were a recent hire brought on because my tweets serve as the loneliness anthem for hordes of recently-dumped, sweatpant-wearing, Ben-and-Jerry’s-cradling basket cases.

I respect you Ellie. But it comes from a very dark, hateful place. Good day.