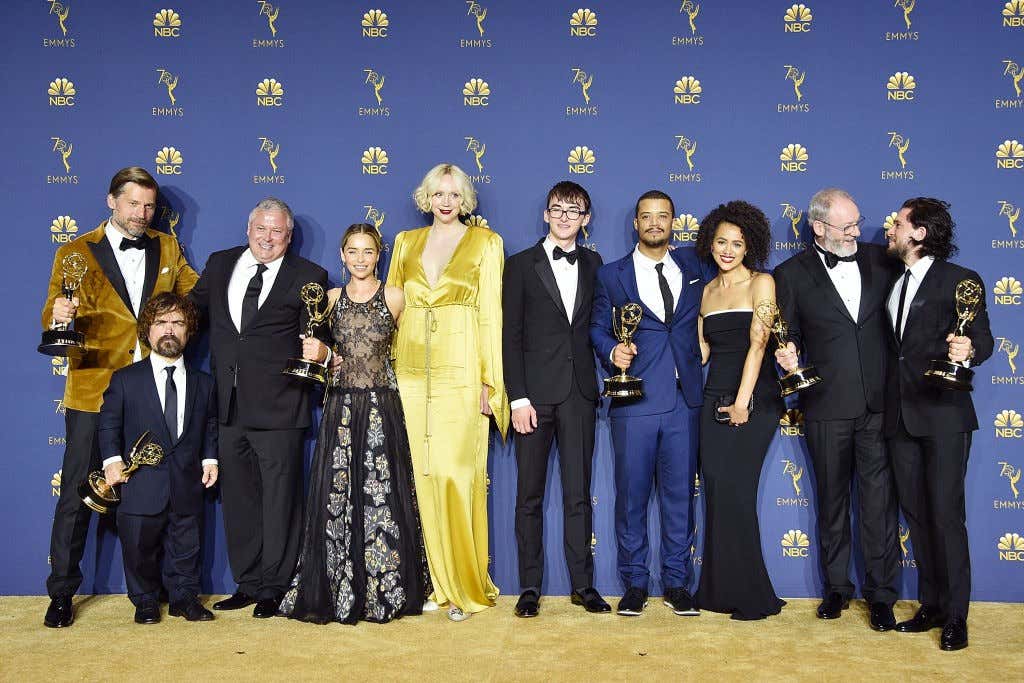 EW- As EW previously reported, a special was shot in Belfast earlier this year with the cast of GoT — including actors who have long since departed the show such as Sean Bean. Conan O’Brien served as host.

HBO would not previously confirm the special, but is now doing so.

The special will not, however, actually air on the network.

Instead, we’re told the reunion will be featured exclusively on a new Game of Thrones complete series home video box set that will package together seasons 1-8 for the first time.

HOME VIDEO BOX SET?! There are soooo many cool things they could have done with this reunion show. Instead it will be featured in the full series box set that I’m assuming will be released in 2019 after the final season airs. That’s right. DVDs. Obviously no one buys DVDs anymore so clearly HBO is hoping this reunion show is incentive enough to purchase the whole damn series. A full 8 season box set. That is expensive.

I was very late to the GOT madness but I have watched it all and love it, but I am not buying the DVD box set. Do I want to watch the reunion show? Yes absolutely. I will wait for the kind soul who will rip that DVD and just put it on the Internet. HBO has to see that coming. It’s absolutely pointless to try and keep it on DVD only.