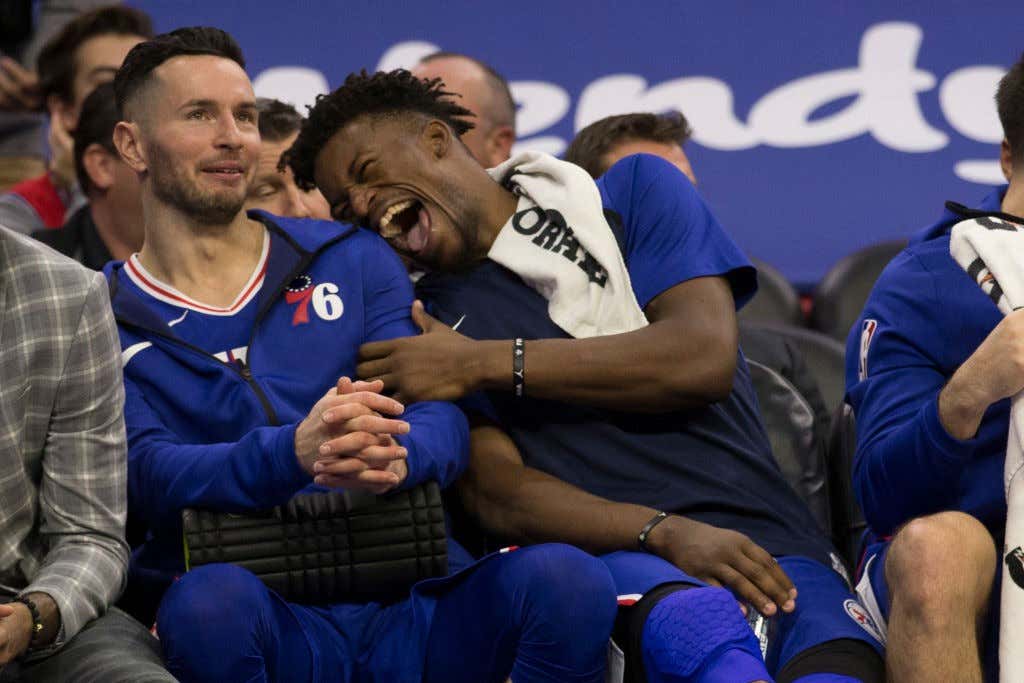 Ahh yes, remember this whole thing? It started earlier in the summer when there were “rumors” that Kyrie and Butler wanted to team up and play together in New York. That had Knicks fans everywhere talking shit on Twitter and filling their hearts with hope. Then Kyrie came out and said he wanted to stay in Boston and Knicks fans were forced to spinzone real quick that they weren’t even interested in the first place. Couldn’t worry about those knees! But with Butler, there was still hope. Remember when Butler officially demanded a trade and apparently the Knicks were on that list? How exciting! The Knicks probably wouldn’t have had to give up too much and could finally land a star which would ultimately help them land another star this summer. Perfect!

One problem, Jimmy butler never was interested in going to the Knicks. Ever. They weren’t on a list, there were no plans of building a superteam in NY, in reality, nothing really changed.

That’s just how life goes for the Knicks right now, and I fear for my fellow bloggers who ride or die with this team because I feel like they are setting themselves up AGAIN with this whole hope thing in regards to Kevin Durant. Sadly, until they get a new owner I feel like they are always going to be getting their hopes up only to see them crushed times and time again. I don’t want that for my internet pals. And look, the Knicks have a somewhat exciting young team and haven’t even had Porzingis yet. They very well could add one of the Duke prospects this summer. You combine that AND all the cap space they are set to have, it makes little sense why nobody wants to go there, until you look at their owner. It always starts at the top and with no sign that James Dolan is going to sell the team, how can you expect things to ever change?

Sad news for them is Butler is happy and doing well in Philly, and will most likely sign an extension there. Kyrie has continued to talk to anyone who will listen that he plans to sign his extension in Boston. I can’t imagine Klay leaves GS for the Knicks, so of the top 6 free agents heading into this summer, you’re looking at only Durant and Kemba who may be left. With Charlotte most likely going to give Kemba a max deal, it’s not crazy to cross him off as well. That leaves guys like Durant, Tobias Harris, and like Vucevic as the biggest names available, so really it all comes down to Durant. If he turns NY down as well, then what?

This just goes to show, the Knicks are great when you want to have fun on the internet and sell newspapers with rumors and catchy headlines, but the reality is these top level players aren’t even seriously considering them at this point. Brutal.