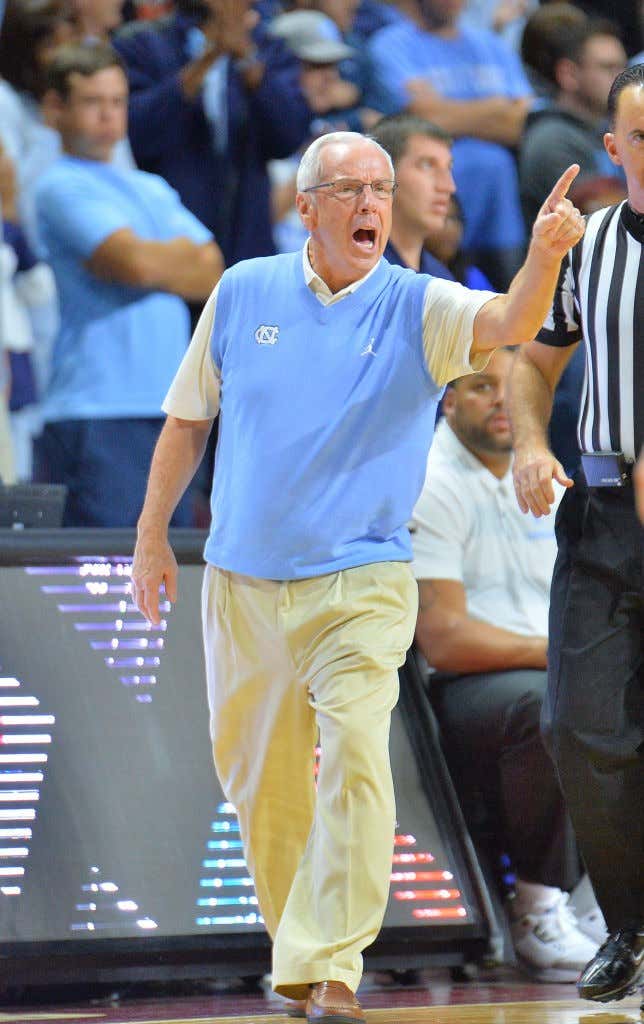 Obviously I talked about Michigan in a separate blog and most times I don’t do this, but it’s worth breaking into two different blogs. UNC has a ton of problems and simply put if they don’t fix these, just go ahead and cross them off the list of national title contenders.

First things first, this defense is atrocious. This is where looking at something like KenPom can be a bit skewed where it looks like UNC is a top-25 defense. No one who has watched them play this year would agree with that. They are completely lost on guarding the 3-point line. Now, it’s no secret that Roy has preached protect the rim and paint more than the 3-point line, but teams are just putting UNC in ball screens and getting open looks from three.

Part of this problem is Roy having no idea how to really figure out a rotation or a lineup. Most notably, why the hell is Nassir Little playing just 20 minutes per game? Little is way too good of a player to be limited in the way Roy has. Now, part of this has to be the fact that Little is the highest recruit UNC has had since Harrison Barnes. Or, at least, that’s what I’m guessing. Roy continues to play this starting lineup with Garrison Brooks instead of going with something like White-Williams-Johnson-Little-Maye.

Speaking of this. Kenny Williams. Is he going to show up this year? Kenny Williams was a damn good player last year and shot 40% from three. This year he was shooting 19% heading into the Michigan game. He did go 3-for-5, but some of those came late in the game when UNC was already down 22. If Williams is going to shoot under 30% you have to play White and Woods together more in the backcourt. Let Woods play on the ball and let White be the guy to just go get a bucket. He’s already proven he can score in transition or in the halfcourt make a move and go get his own. Roy has to use this to his advantage.

Is this team talented? Absolutely. They have top-10 talent. But, watching them play, especially against similar competition in Michigan, UCLA and Texas, these problems get exposed. If this defense doesn’t get better and Roy can’t figure out the lineup, just go ahead and pencil in a loss in the Sweet 16 or earlier.