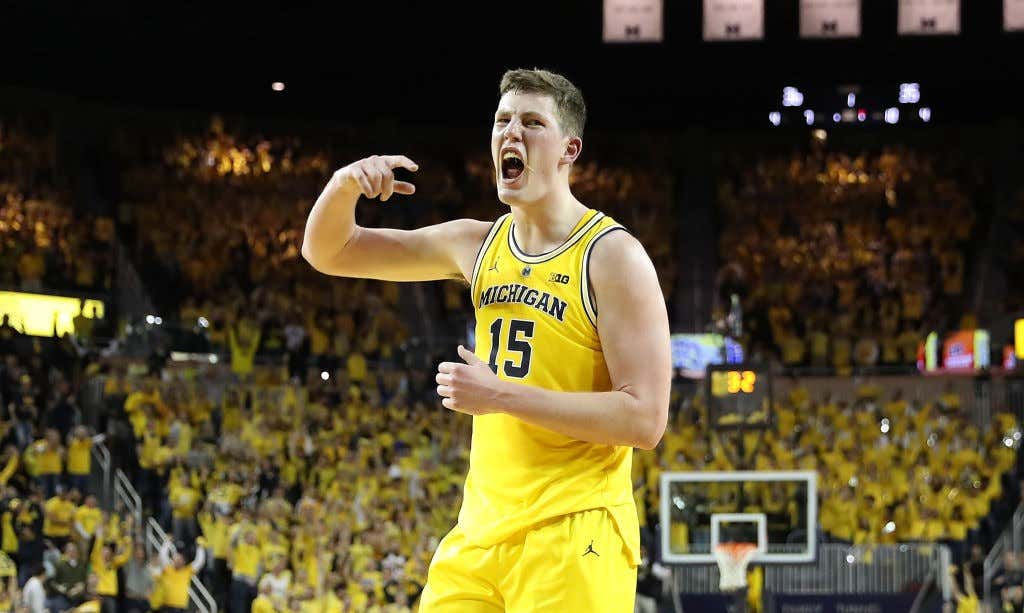 Coming into the night the question was ultimately can Michigan’s defense slow down UNC’s offense for the entire 40 minutes and then hit enough shots to win the game at home. Well, good news is they only had to defend for about 22 minutes. This is what Michigan looks like at its peak when you have Luke Yaklich defensively and John Beilein offensively.

And that’s good enough to win a national championship.

What we saw tonight was a little bit of everything. The night started with Iggy Brazdeikis both attacking and hitting open shots. He’s not the most hyped freshman coming into the year, but he’s playing like he should have been ranked even higher. He finished the game with 24 points but he played with a swagger early. It’s a bit cliche to say, but he really was the one that got the crowd even more into it early on. He’s such a key part to this offense. The lefty provides that versatility where Beilein can pick on mismatches between him and Charles Matthews.

Speaking of Matthews. It’s time we start talking about him as a potential All-American. After Iggy got the game going, Matthews took over, especially in the second half. There was a moment where Leaky Black from UNC started talking shit to Matthews. Right after that? Matthews had an and-1 putback dunk and followed that up by swatting a shot into about the 4th row.

Finally, there’s the emergence of Jon Teske. Yes, Moe Wagner is an incredible talent and was a major reason as to why Michigan played in the national title game last year. But, Teske brings something different. Michigan gave up just .85 points per possession last year with Teske on the floor. That’s a pretty absurd number. This year? He’s top-75 in block percentage. He’s yet to turn the ball over. He’s continuing to expand his range out past the 3-point line.

So here we are. Another year of John Beilein being one of the absolute best coaches in America and arguably the best at consistently developing talent like Teske. And this team absolutely has the potential to be better than last year’s team. They don’t have the individual talent than Wagner. But, they do have great roster fit and versatility. Plus, Zavier Simpson continues to make a jump and just dogs guys defensively.