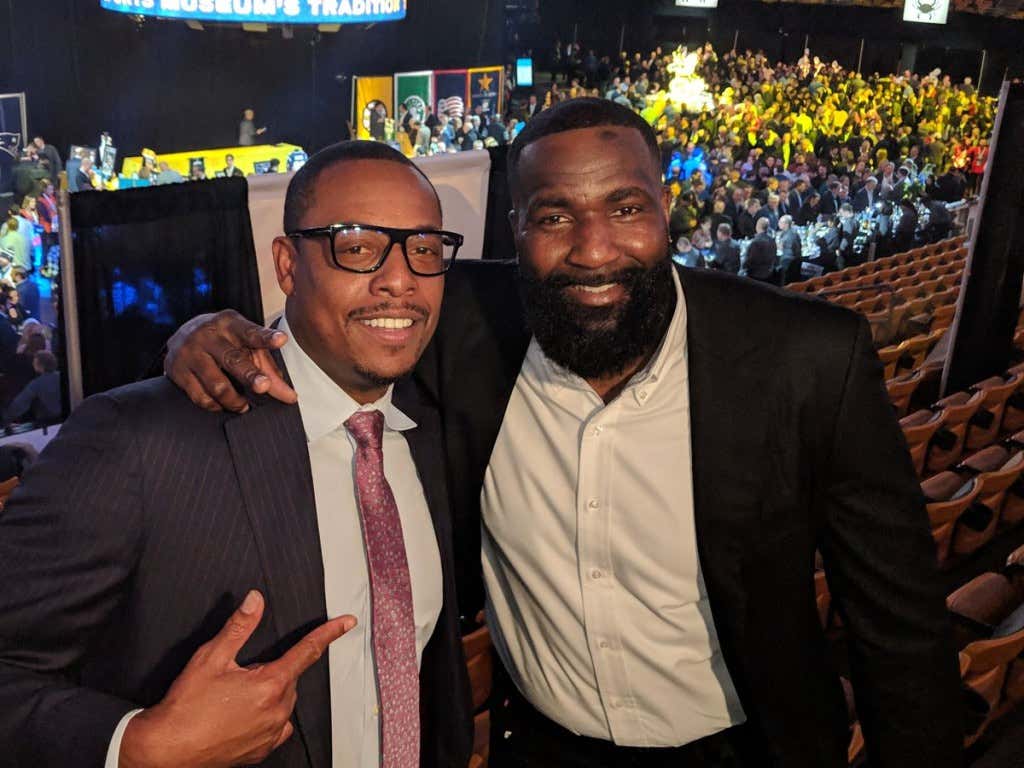 So tonight is the annual Sports Museum’s fundraiser at the Garden in which Paul Pierce is an honoree, and while that is all fun and good, the real news here is that tweet from Sherrod. Let me be perfectly clear, bringing in Kendrick Perkins is EXACTLY what this team needs. You want to know who every single person in the NBA respects because they are scared shitless of? Perk. You want a guy to come into this locker room and whoop some ass and get everyone’s attitude right? Perk is your man. Maybe Ainge feels like the kids are getting a little too full of themselves, well guess what happens when in the next film session where Brad shows their mistakes you just have Perk sitting there staring at them. You know the look I’m talking about. Boom next thing you know Tatum never takes a Kobe jumper again, Rozier is playing unselfish in control basketball and this entire team plays with more energy. It’s such a no brainer I can’t even stand it.

Also, there’s this angle. Anyone else feel like maybe the Celts haven’t won a title in the last decade because the Basketball Gods are punishing Ainge for the Perk trade in 2012? Boy was that unnecessary and a complete disaster. What if the remedy for that spell is to go full circle and bring Perk back? He said not until January, well who knows, what’s the deal with Jabari Bird’s roster spot? Kyrie did play with Perk in CLE, so maybe this is who he was talking about with that 14/15 year old vet quote which I said at the time would be the only acceptable request. Remember, the Celtics never lost a playoff series at full health when Perk was a starter, so maybe you start him every playoff game and then immediately sub him out. Genius.

If you’re a Celtics fan you need to be hitting Ainge up on Twitter where collectively we can peer pressure him into making this a reality. I love Perk, I need Perk, give me Perk.