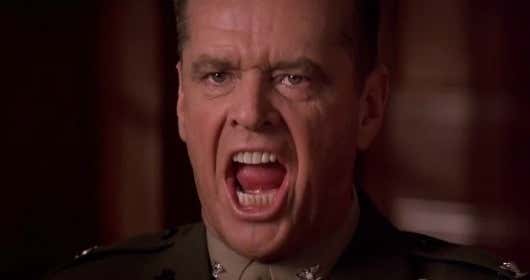 If you’ve been following the Reuben Foster domestic violence story from the beginning, you know it’s taken a few total, 180 degree turns. When the story first broke back on April 12, I wrote the following, under the headline “The Allegations Against Reuben Foster for DV are Horrific”:

Police responded to a disturbance call on Feb. 11 at a residence in Los Gatos, California. Upon arrival, officers spoke to Foster and the alleged victim.

In addition, he was charged with misdemeanor possession of a large-capacity weapon magazine. During a search of the home, police found a Sig Sauer 516 and a large-capacity magazine, both of which are illegal to possess in California.

If convicted, officials said he could face more than 11 years in prison.

The NFL issued a statement Thursday saying “we continue to monitor all developments in this matter which is under review of the personal conduct policy.”

Let me start with the obligatory disclaimers about innocent until proven guilty and these are just charges, nothing’s been proven, blah blah. But by Godamighty if just 10% of this is true or he pleads guilty to just one of these allegations I don’t see how Reuben Foster survives this, professionally speaking.

I mean, maybe his prior record is just possession of marijuana and generally being an asshole. But there’s nothing in these charges to give a judge any leeway when it comes to keeping him out of prison. There aren’t degrees of rupturing someone’s eardrum. There’s no extenuating circumstances when it comes to punching a woman in the head 8 to 10 times. And no gray area in the law against Sig Sauer 516s with large-capacity magazines. And even if their were, best of luck to Foster’s agent and the Niners trying to spin that to a league that wants to portray itself as being on the right side of history on #MeToo and the Stoneman Douglas kids.

Followed by some irrelevant stuff about how and why he fell in the draft as a highly rated prospect out of Alabama before I ended with this:

Obviously the only sympathy I’ll offer is for the victim here and hope he gets the full weight of the scales of justice dropped on his head. But it is a goddamned shame that a guy like Foster who could have the world by the balls for the rest of his life would be hardwired to throw that all away. I hope she recovers. I hope he gets all 11 years he’s facing. Just brutal.

Months later, we got the first 180 degree twist in the story when his victim recanted. Meaning she went before a judge, put raised her right hand swore under oath that the initial statement she gave the police was false.

The news report from the blog I wrote about that:

From NFL.com: A judge dismissed two felony domestic violence charges against Reuben Foster on Wednesday, six days after his former girlfriend recanted accusations made against the San Francisco 49ers linebacker.

Ennis testified Foster never hit her and that she made false accusations in order to extort money from him and ruin his career because she was angry over their breakup. She also testified that she went to jail in 2011 after she falsely accused another former boyfriend of domestic violence.

So here I was, the author of a blog post in which I openly rooted for a guy to get 11 years in prison for a crime that the complaining witness now said didn’t happen. Moreover, a complaining witness who swore under the pains and penalties of perjury that she made up the story to “extort money from him and ruin his career because she was angry over their breakup” before going on to admit she did time for falsely accusing another boyfriend.

So what do you do about that? If you’re someone who hates abusers of any kind with the heat of a thousand pizza ovens, but also believes in the rights of the accused to their day in court? Especially if you’re like me, someone who spent 17 years working as a sworn officer of the Massachusetts court system seeing first hand the high legal standard to which all defendants’ rights are held? And where minority defendants are complaining they’re being held to a different standard?

I shudder to think what a world would be like where people didn’t give the FORMER accused the benefit of the doubt in a situation like that. But I promise you, you wouldn’t want to live in it.

I did the only thing any reasonable person could do. I took the new development and Foster’s new status in the eyes of the court and his reinstatement on the 49ers roster and walked back what I’d said. I had a man who was no longer accused in the eyes of the judicial system, a woman who had admitted she perjured herself – and not for the first time – and I righted what the news reports were saying was a wrong done to him. My unedited comments, grammatical errors and all:

And it should be noted that gun charges against Foster were also dropped because he is licensed to carry so his gun is about as illegal as the gas grill I just bought. In other words, Reuben Foster had to see his name smeared all over the place by people like me (though way less talented than me, obviously), no matter how many qualifiers like “if true” and “assuming he did do it”s were peppered in their to cover our asses. When the truth is he didn’t go anything wrong.

Which is more than we can say about Elissa Ennis. Who not only committed the felony of lying in a police report, she told one of the worst lies you possibly can: Accusing a guy of beating the bag out of a woman. Plus just think of what it does to actual victims of actual DV and how much harder it is for them to believed when fake victims lie through their fucking teeth just to make a fast buck and out of jealously. And by Ennis’s own admission, she’s a serial offender. So this is a serious, serious matter. And ought to be treated as such by the law enforcement who’s job is tough enough without having to sift through made up fairy tales. Right? Wrong.

Oh well. I guess that settles that. Elissa Ennis isn’t someone who destroyed a man’s reputation – maybe permanently – with lies. Again. She’s a domestic violence victim who falsely recanted. So they believed her the first time, but say that she’s now lying when she says she lied the first time. So they’re saying Foster is guilty even though the charges have been dropped. At the request of his non-victim. And instead of prosecuting her on behalf of real, honest, truthful victims everywhere, they’re offering her empathy, support and advocacy. Got it.

My question is, does this extend to all false reports to the Santa Clara DAs? I mean, if I tell them Jimmy Garoppolo broke into my house and stole some cash and jewelry, do I get empathy? If I slam my car into a telephone pole but report a hit & run with Carlos Hyde as the driver, will they support me? If I say Carlos Hyde robbed me at gun point, how much can I count on them to advocate for me? Especially after being a convicted serial liar. I’m guessing not much.

There’s a great quote by a businessman charged with fraud back in the 80s who said after being found Not Guilty, “Where do I go to get my reputation back?” One of the placed Reuben Foster can go is right here. And, fortunately for him, 49ers team workouts.

And there it sat on the blog for six months. Until earlier this week, when the story took yet another Crazy Ivan and Reuben Foster was arrested again for domestic violence on Elissa Ennis, then subsequently cut by San Francisco. So I pivoted yet again, along with everyone else. Saying essentially that no one got more breaks than this guy. More chances to simply stop getting arrested for DV and the Niners are completely justified in giving up on him once and for all because he doesn’t deserve the chances he’s been given.

Then tonight my boss got this:

Hi Erika, I’m pretty sure Jerry Thornton wrote a blog earlier this year in which he said Reuben Foster’s accuser should be charged, but I can’t seem to find it anymore. Where’d it go? https://webcache.googleusercontent.com/search?q=cache:lezukmR7huEJ:https://www.barstoolsports.com/boston/reuben-fosters-ex-admits-she-lied-about-dv-but-wont-face-charges+&cd=1&hl=en&ct=clnk≷=us

Given the recent news about Foster, it’d be pretty dishonest and deceitful if your site removed this post from its archives. I wanted to reach out to see if you had any comment on the post’s disappearance, or on how its removal jibes with your previous claim that Barstool doesn’t delete its history.

Wait. Did someone archive that blog I wrote about the Santa Clare DA’s decision to tolerate someone filing what reportedly was a false report against a reportedly innocent man? Could anyone have done such a thing? And who could that person have been? Could it have actually been … me?

You’re goddamned fucking right someone archived it. And that someone was me.

Why? Was it because I regret anything I wrote? Hell no. I stand by every word. I didn’t spend all those years half watching court proceedings while mostly being on my phone working on Patriots blogs I planned to write once we were on recess without having some respect for the law. Which was the standard I applied. Along with the “Jimmy Garoppolo Breaking & Entering” standard, which I completely pulled out of my ass, though I appreciate my own clever turn of a phrase there.

No, I archived the post precisely because I didn’t feel like engaging with desperate, underpaid, overworked, practically unemployed Deadspin bloggers under insane amounts of pressure from their bosses to find something, anything, on Barstool they can twist into pageviews. I knew right damned well anyone who came across it wouldn’t in a million years write a Deadspin article entitled, “Handsome, Talented and Hilarious Barstool Writer Thinks It Shouldn’t Be Legal to Lie Under Oath. Instead they’d spin it into “Evil Blogger Wants Victims Locked Up.” They’re not about to let the truth get in the way of some good clickbait.

As an OG around here who has gone almost 15 years of never causing headaches for Dave or Erika, I wasn’t about to start now. Deadspin loves to shoot spitballs at us and I wasn’t going to hand them the straw wrapper. And for sure I wasn’t about to die on the hill of a piece of shit like Reuben Foster.

So I took down the post. And in doing so, underestimated the desperation of Deadspin to run a colonoscopy camera up Barstool’s collective ass in search of a six month old post hoping to find some shred of misogyny. Knowing full well that if I took Ennis’ side, they would’ve spun it into a racist attack on Foster. Because that is how the game is played when you’ve got no content of your own and have chosen life as a remora swimming alongside the apex predator that is Barstool, feeding off our scraps. And yet, for all my caution, here I am anyway. Still engaging with them anyway.

That said, here is my apology. I am sorry I took down the post. To do so was wrong. Mea culpa, mea maxima culpa. I look forward to reading everything I said here twisted even further by Deadspin. I know for sure they won’t mention my anger toward Foster or me demanding he be locked up for 11 years. It’s how they operate. So I’ll take whatever punishment Dave and Erika have in mind for archiving my own post from last May. But unlike the guy I quoted in that last paragraph, I don’t have to go anywhere to keep my reputation intact.