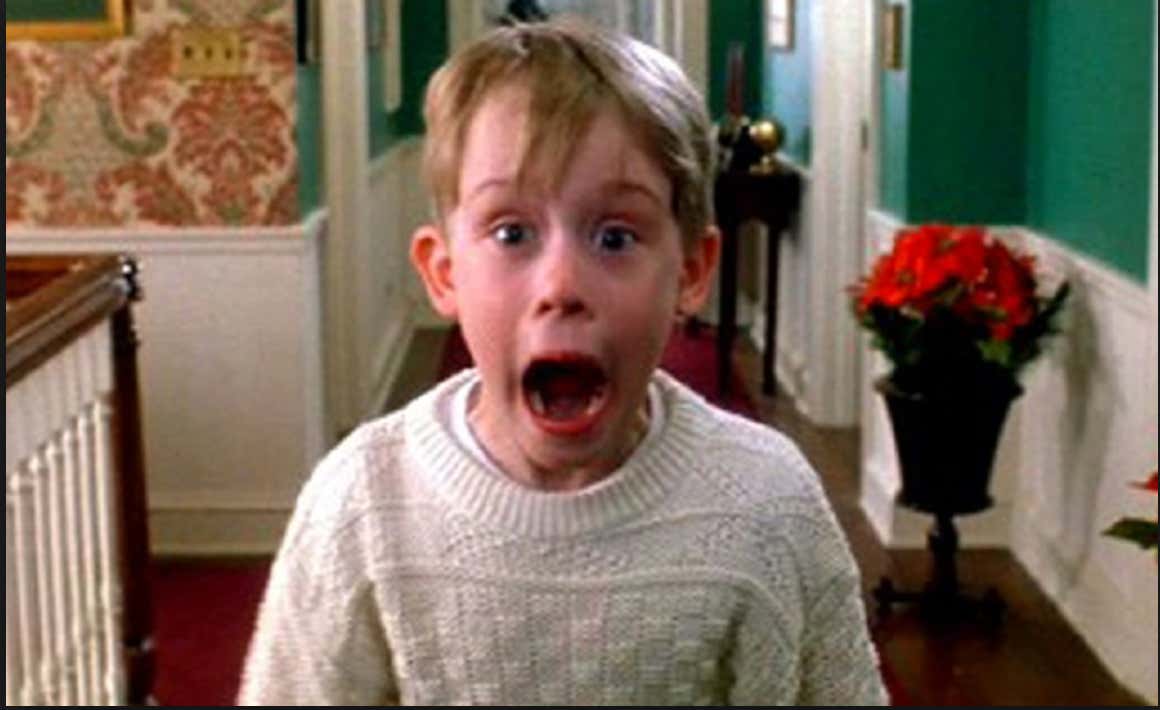 As is tradition, my family and I have been watching Home Alone because it’s after Thanksgiving now. Before we really dive into the meat of the blog, let me just say that I’m thankful that the producers and right holders for Home Alone allow the movies to be on Netflix and whathaveyou. Unlike Elf and many other Christmas classics, Home Alone gives you ease of watch, without commercials, during the holiday season. For that, I’m grateful.

Somewhere along the way, my brain changed from child head to a parent head. That change is no more clearly illustrated than when I watch Home Alone with my squad. My 13-year-old and 6-year-old watch the robbers come into the house and laugh as Kevin takes them on a journey of epic destruction. I laugh too. I laugh through the horror that is Kevin McCalister’s parents. Fuck his parents for putting an innocent child in such a precarious situation. Tisk tisk tisk, indeed.

While I watched this year, I noticed some things. I probably would have noticed sooner but honestly, I watch most movies with my phone in my hand now and I’m trying not to do that as much. Putting the phone away. Big time dad points for me. Anyway, here’s why I hate the parents.

Kevin was told to pack himself: This little fuck was like 8 years old during Home Alone. At no point was he ready to pack himself for a trip to Paris. It’s irresponsible on so many levels. You think a kid knows what he needs for a weeklong trip? Just no chance.

Let’s Uncle Frank call Kevin a little jerk in front of everyone without saying something: No chance you can allow that either. Sure, Kevin spilled a little milk on the passports but you aren’t verbally roasting my kids in my house. Kevin’s dad is a cuck. Frank deserved to have his head put through a window.

The mom makes Kevin say he doesn’t want a family twice: instead of teaching him why his family is valuable even when we dont get along in the moment, she leaves it alone. She shuts the door and leaves him for the night and doesnt check to see if his bag was packed. It’s petty on the mom’s part and even if Kevin didn’t oversleep, he wouldn’t have had clothes in Paris. Way to go, you bitch.

They rely on a teen for a head count on an international flight: again. Stupid. Who would let a teen do this? You gotta get a head count for your own fucking kids when you’re going to Target. If you going to Paris, you make a list and check it twice.

No batteries in the alarm clock: just piss poor planning. They were asking to miss the flight which they did. Spoiler alert.

Blamed Kevin instead of Kevin and Buzz for the pizza fight: Both kids were responsible for their actions and both were to blame. The parents let Buzz’s bitch ass get away with way too much. It’s sad really. Like I’ve always said, never trust a kid with a flat top. Flat tops are due to come back though. It’s been too long. Regrettably, I dont have the hairline anymore to be the one who brings them back.

They didn’t check to see if the kids were in the right seats: Bad parenting and bad members of society. Simple as that.

The dad trying to go to the hotel to get some rest and take the Friday flight back instead of camping at the airport and asking everyone who God himself knows for help: the dad is deadbeat. Dude didnt give a shit. I honestly think he has another family somewhere and that the McCalisters are a side family. Wouldnt shock me at all.

Anyway, fuck the McCalisters. Kevin is the only one worth a shit in the whole squad.