I am FASCINATED by this video. First of all, I’m always in on a fight video between two rival fan bases. It gets my juices flowing. Wasn’t the biggest fan of this guy potentially hurting two females, I’m more of a guy-on-guy or girl-on-girl fan, however, this video still got my interest.

I’m confused with a few of the roles that started this altercation. First, the lady in the poncho thing: 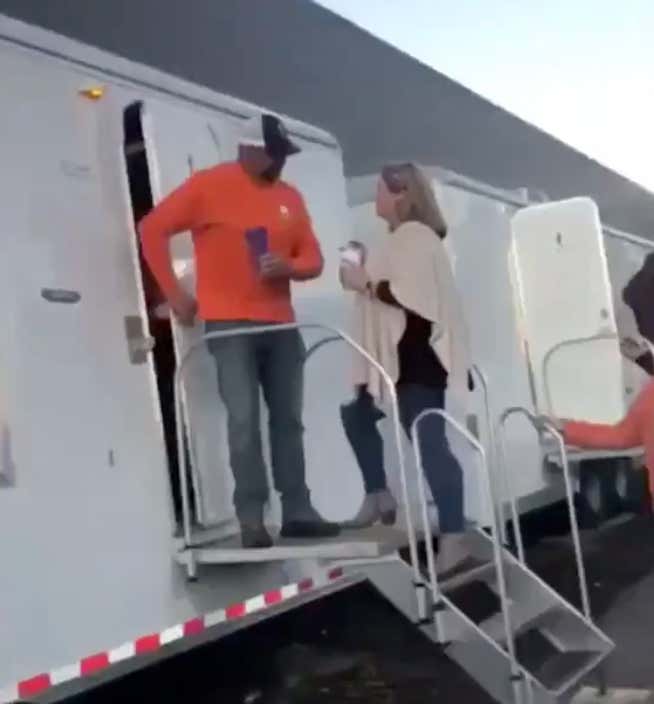 It seems she’s trying to cut the line to get in front of the Clemson fan. She ended up on the ground: 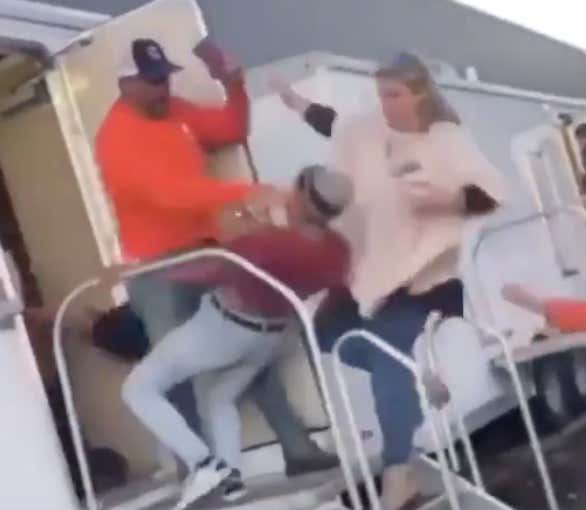 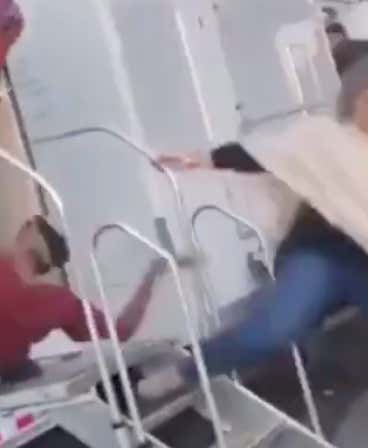 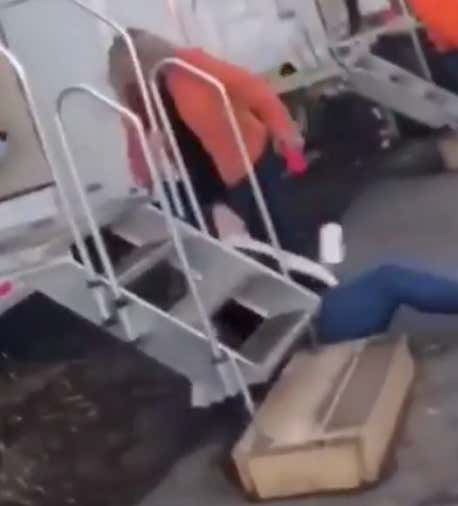 The bigger question is what was going on in this luxury portapotty that caused the ultimate grabbing of the weave? Who knows. That’s the problem with these viral videos. There’s no backstory. The folks need a backstory!

My favorite part of the video has to be the Clemson fan aiding in the fall of the Sakarlina fan and then immediately playing victim: 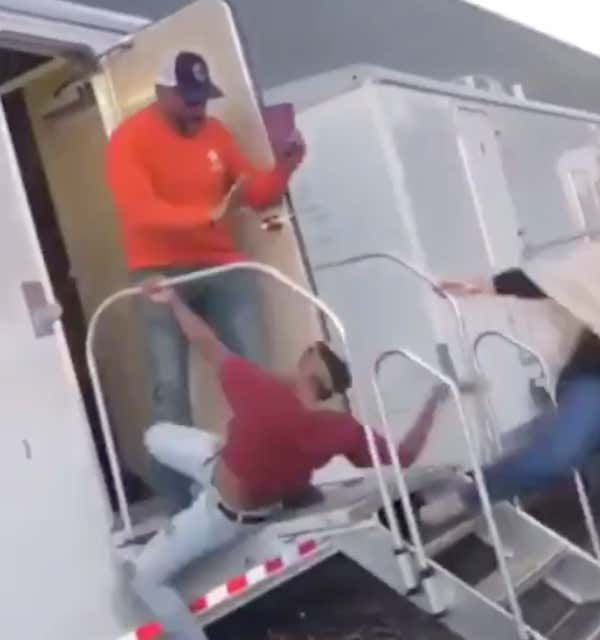 “Stop! Stop!” yells the guy at the girl who was just pushed off a portapotty.

The Sakarlina fan was eventually returned her wig, but like many other viral videos, the video ended way too soon. “Stop! Stop!” guy could’ve taken his own advice and stopped before pushing the Sakarlina Weave Women again: 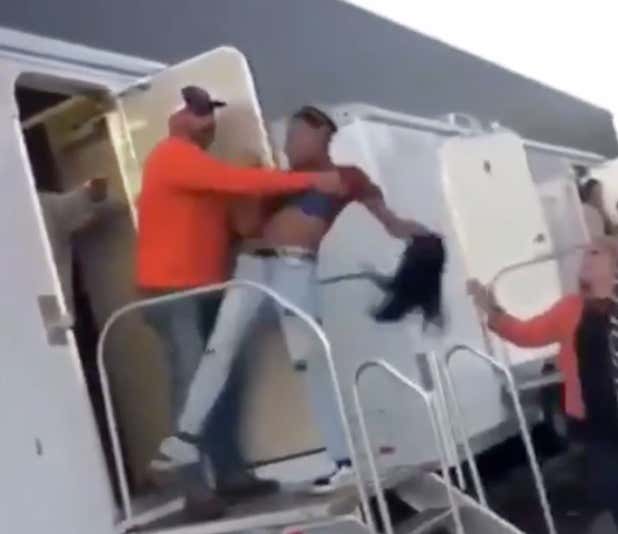 Unfortunately, that’s where the video ends. With the weave being held onto as the Sakarlina fan falls once again. We’ll never know what the ending was. That’s the win-lose part of the internet. We win with a wild video, but lose with not knowing exactly how it ends.