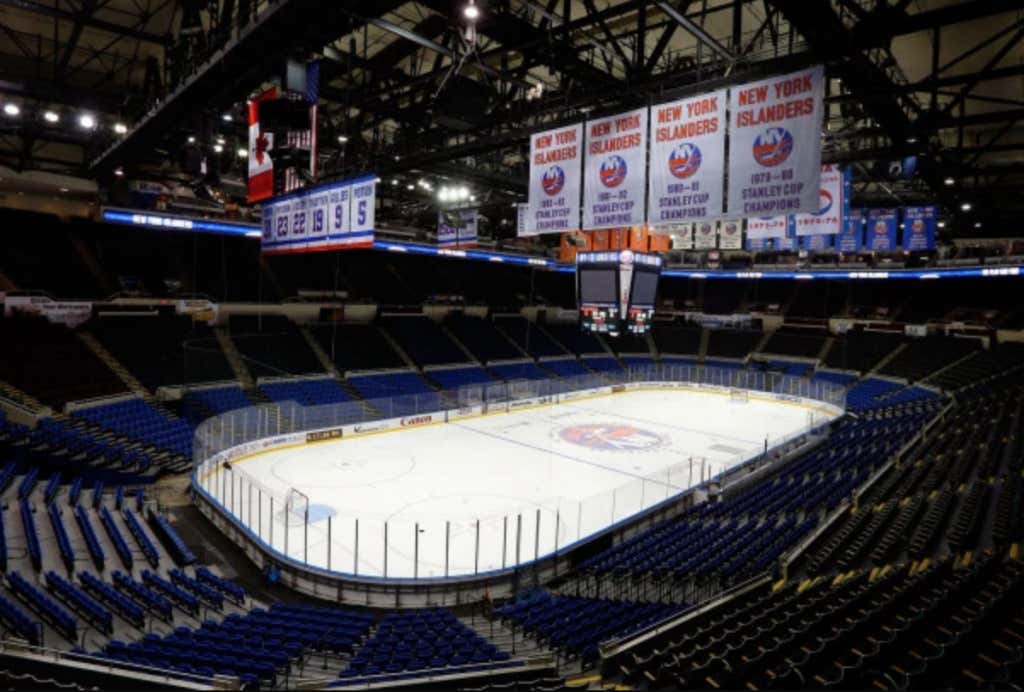 The date was April 25th, 2015. The game clock struck zero and the final horn blared throughout the Nassau Coliseum. The Islanders poured onto the ice after a game 6 victory over the Washington Capitals in the first round of the playoffs. The building was shaking as a fight broke out on the ice between the Isles and Caps.

It was pure chaos. All the momentum was going the Islanders way. There was no chance in my mind that I just watched the final game at the Nassau Coliseum. Then the Islanders went to Washington for game 7 and put up an absolute dud. They couldn’t get anything going. In the blink of an eye the game was over, the season was over, and suddenly my entire childhood was over. After 43 years on Hempstead Turnpike, the Islanders were moving to Brooklyn to play in the Barclays Center, and the Nassau Coliseum was no more. 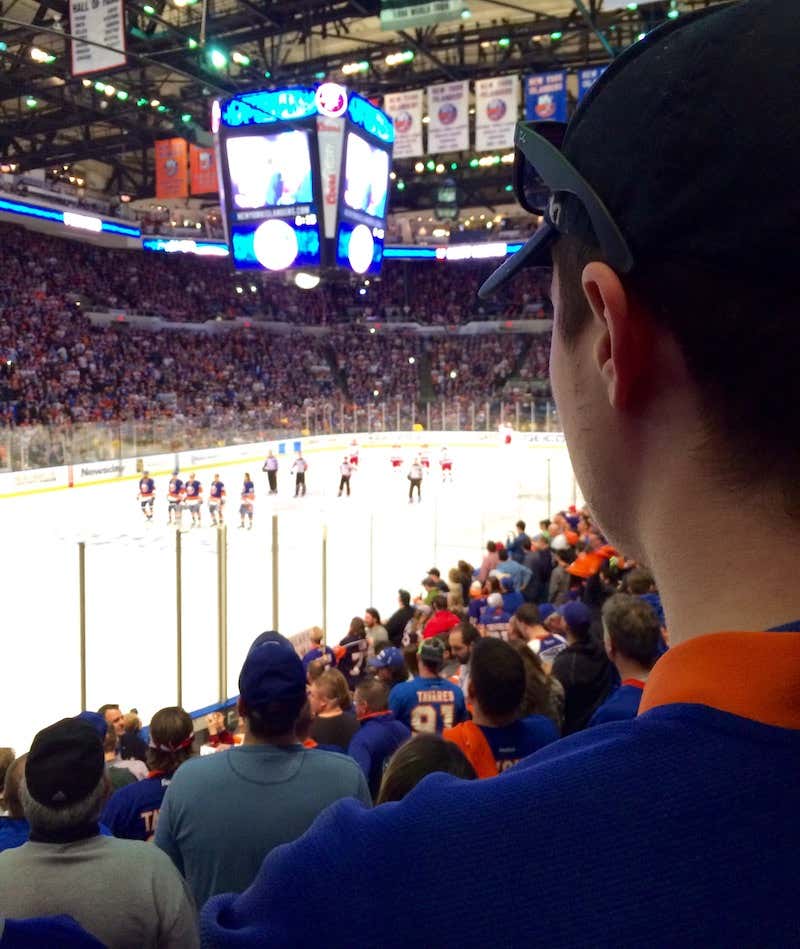 I grew up in the Coliseum. I lived down the block. I sat in section 221 Row A Seat 5 (or 6 depending on how I felt on opening night) for essentially every single game over a 10 year span. My family’s restaurant, being across the street from the Coliseum, was the go-to spot before every game for over 40 years. Fans climbed up on the roof to get a glimpse of the players drive by during the 4 straight Stanley Cup parades down Hempstead Turnpike. 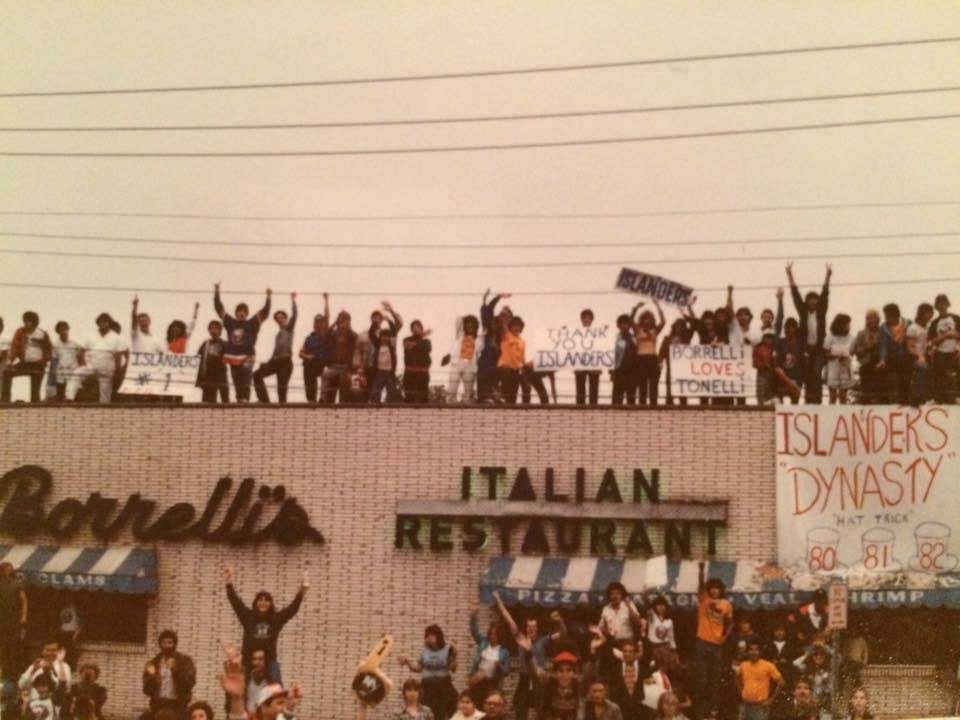 My life was completely surrounded by the New York Islanders. It was really all I knew. Even before we had season tickets, my dad and I would head to the Coli for every game that we could. I would often find myself in the midst of degenerate ticket scalpers, my father hidden behind the cars, anxiously peering over as I, a 6 year old, attempted to fulfill his diabolical plan to guilt these men into lowering their prices for an innocent, lost child. I even found my way into the arena for morning skates where I would sit in the stands, all alone, and just videotape the Islanders practicing. I’d even get my hands on the pregame media packets. I would just sit with the packet on my lap and circle things, trying to act like I knew what I was doing.

Was it weird to be this obsessed with a team that hadn’t won a single playoff series in my lifetime? probably. But I didn’t care. I was completely fine with being the strange “boy” in the stands that people noticed every morning, taking notes and obsessing over every move the players made (I use word “boy” loosely because to the naked eye, with my feminine features, there was no way of telling what gender I was from a distance. Well, who am I kidding, they could’ve been standing right in front of me without really knowing. In fact, doctors from around the world were called into my hospital room when I was born to try and identify my gender. To this day, scholars debate). In 2013 (yes I was doing this when I was 20) Patrick Roy once came into the stands to observe an Avalanche morning skate and sat down right beside me. In that moment, it was just me and ol’ Pat sitting in an empty arena as a professional NHL practice took place. He looked over at me, clearly confused as to why a twenty year old child, who has no ability to grow facial hair, was holding a stat sheet and video taping the ice. I calmly nodded and said “Mornin” as if I had been an NHL scout for 45 years. My experiences inside that arena were surreal. I would even get the invite to lace up the skates and shoot around when the Islanders were on the road. 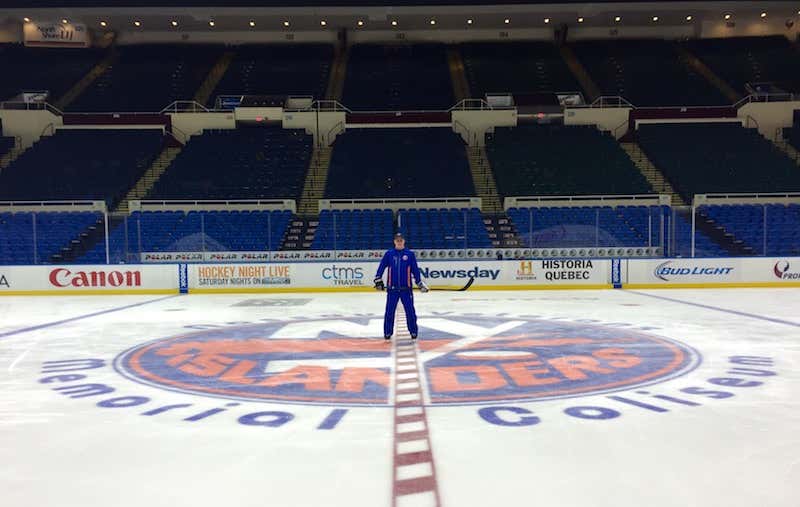 Yes, the Coliseum was a dump. It was one of, if not THE ugliest arena in all of sports. The bathrooms were outdated, the seats were uncomfortable, and all 3 levels of seats poured into one 10 foot wide hallway. Fans of other teams had every reason to make fun of the Nassau Coliseum because it was a piece of shit, but it was our piece of shit. I wouldn’t have it any other way. I didn’t need golden toilets to piss in, I didn’t care about the underwhelming food selections and the asbestos floating throughout the air. I loved that place. It had the best sight-lines in hockey and, because of the low ceiling, it got so loud you would think the banners would fall down from the rafters from the shaking. When the Islanders were playing competitive hockey (which I realize wasn’t very often) the crowd inside the Coli was an absolute jungle. Fans were ripping chairs out of the concrete floors during the Isles-Caps playoff series.

Now as you can imagine, when the team left for Brooklyn after years of bullshit politics (Kate Murray) and the inability to win games over a 20 year stretch, I was heart broken. Some would say I even cried, and they would be correct because I am, in fact, a crier. I once teared up at The Tonight Show starring Jimmy Fallon due to the theatrics of his entrance. I also may have teared up when John Tavares ripped out my soul and pissed on it when he left the Islanders this past summer for the Toronto Maple Leafs. But we’ve moved on from that. Good thoughts only. I’m fine.

Days after the final game, I would make my daily drive past the Coliseum, coming to the realization that the Islanders would never play there again. I could not believe that my team was playing hockey in Brooklyn. Barclays Center is an absolute joke, there’s no way around it. There are an absurd amount of obstructed views throughout the arena due to the fact that it literally wasn’t built to hold a hockey rink. Business Insider called one of the seats inside Barclays “The Worst Seat In American Professional Sports”. Getting to the arena from Long Island is incredibly difficult, considering the Long Island Rail Road is a transportation system sent from hell. Everything about it was just off. When news broke that the Islanders were opting out of their contract with Barclays and building their own arena in Belmont, I was ecstatic. This also meant that the Islanders would have to play somewhere while the new arena was being built. Where were they going you may ask? The answer is the Nassau Veterans Memorial Coliseum. 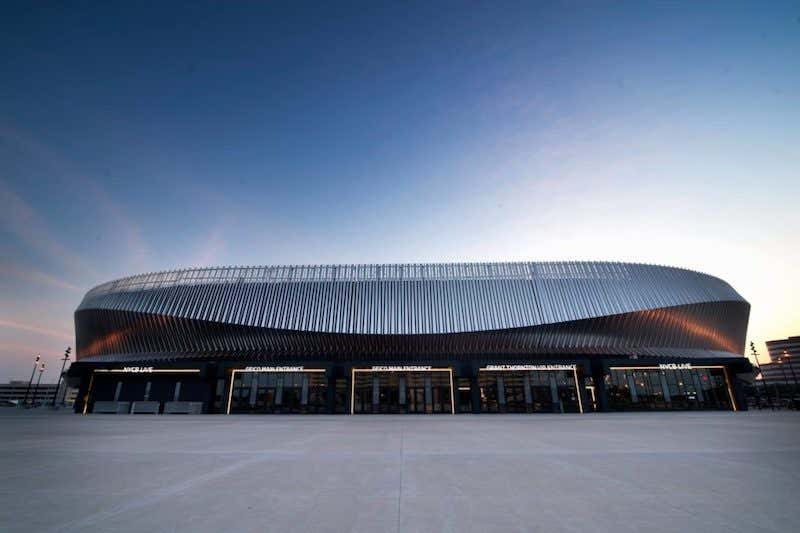 The Coli may have a new look and a new name (NYCB Live: Home of the Nassau Veterans Memorial Coliseum) but it’s still the Coli. Pictures are starting to come out of the inside and my god am I getting turned on. I honestly shouldn’t be looking at these in public.

On Saturday night, I will once again enter the Coliseum gates. It doesn’t seem real, and why should it? They left for another arena, they signed a 25 year “ironclad contract”, why in a million years would I think they would just come back? Well it’s happening. Saturday night. 7pm. Your New York Islanders will be taking the ice against the Columbus Blue Jackets. Isles nation will be pouring into the Coli after a full day of degenerate Long Island tailgating. This will completely reenergize a fanbase that has had it’s fair share of up’s and down’s (mostly downs, except for that time we won 4 straight Cups in the 80s, but whatever). The new ownership group cares more about this team than I’ve ever seen in sports. The team is playing well under the new system that Lou Lamoriello and Barry Trotz have implemented. The product on the ice is getting better by the day. Lou and Trotz have come here to bring a winning mentality to this organization, and with the Isles back in the Coli, the fans will have that too. Just thinking about Matty Martin and Casey Cizikas flying around the ice delivering bone crushing hits as the Coliseum crowd goes crazy has me completely soaked…I’m drenched.

To all Islander fans reading this, we’re bringing life back to Hempstead Turnpike. We’re gonna tailgate like its 1982. We’re bringing the Barstool RV and parking it right in front of the Nassau Coliseum for the best goddamn tailgate a regular season NHL game has ever seen. If you’re going to the game, come to the tailgate. If you’re not going to the game, come to the tailgate. We have a couple tickets to give away, so if you’re ticketless and don’t feel like risking your life with the scalpers like my dad used to make me do, come by the tailgate. There will be Islanders and Barstool merch given away all day long. Saturday will be a day-long celebration for our team returning home. Lets Go Islanders.