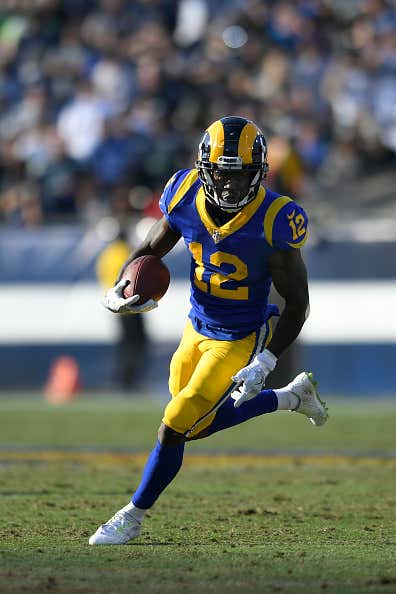 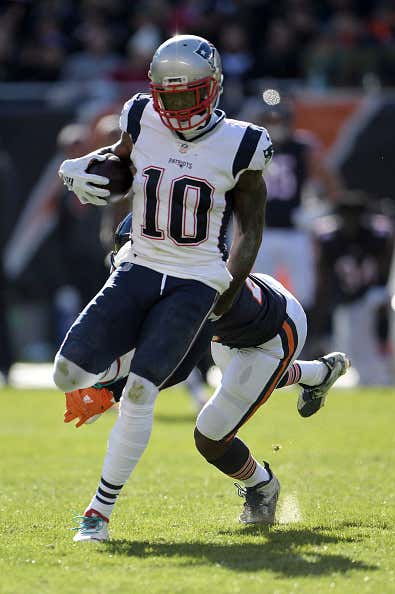 I’m a big believer in the saying that the most popular sport in America is the NFL, and the second most popular sport is the NFL offseason. And the TV ratings for the Pro Bowl, the pageviews at the start of free agency and the fact that any time I type a year into the Google search bar, one of the first drop downs is “nfl draft” bears that out.

At least in 44 states. In New England (excluding the western, NY Giants half of Connecticut), the offseason is a gut-wrenching, nightmarish pastiche of loss and anguish. Like the good, early seasons of The Walking Dead, just a constant stream of saying goodbye to people you’ve been through so much with and grown attached to. It’s our reality from February through the beginning of September.

This year was no exception. As usual, we lost good men who had delivered championships to New England and earned our emotional investment. An unlike TWD Seasons 6-present, the Patriots tried to replace those people we lost with someone as good if not better. Of course once again the consensus from the media horde was that they couldn’t possibly. The losses were too great. This time they’d gone too far. The method that had built this dynasty and kept it going for 19 years was no longer sustainable. And finally, they were about to collapse.

So now, with a month to go in the regular season, it seems like as good a time as any to reevaluate the major personnel losses of the 2018 offseason, how they’re doing  this year and compare them to the current Patriots who replaced them. Note that I include salary figures not because I’m worried that if players get paid too much the Kraft family will all have to take seasonal jobs in retail so their payroll checks don’t bounce. But just because their business model of not overpaying for talent and keeping a deep “middle class” of dependable players is an integral part of the franchise’s success. And the reason why the team is so fearless when it comes to letting seemingly irreplaceable players walk away.

Taking them in no particular order:

Right off the top it’s important to note that the Patriots didn’t just “let Cooks walk,” they traded him for the 23rd overall pick and took their Left Tackle of the Future, Isaiah Wynn. That pick was actually 9 slots higher than the one they gave to New Orleans to get Cooks the year before. And he produced for them for the one year he was here. It’s tough to compare him to Gordon since Gordon was brought in midseason and took a few weeks to get acclimated to the system. But there’s this:

And if you take Gordon’s numbers just since he became a starter in Week 6 vs. Kansas City, extrapolate them over the course of a full 16 game schedule and compare them to Cooks’ full season in New England, you get this:

Dion Lewis was one of the all time great finds of the Belichick Era. A guy who had missed two full years of football. They found him at the Swap Shop at the town dump, put him in the back of of the SUV, brought him home, fixed him up and made him into one of the most elusive, productive backs in the NFL. Michel is five years younger. Missed some time early on due to injury and established himself over the last five weeks. So how do they compare?

As far as the passing game, I’ll concede that it’s not a good apples-to-apples comparison since Lewis has 43 catches on 48 targets and Michel only has six receptions on 10 targets. But just to be thorough, here are the numbers anyway:

Replaced with: Jason McCourty
2018 Salary: $1.6 million (after a restructure)

I’ve written about Malcolm Go’s struggles before and I don’t want to pile on because I have a permanent soft spot in my big ol’ heart for him. And it shouldn’t be just about numbers. But since the numbers confirm what your eyes tell you, here they are:

Early on in the season I did a radio hit with a station in New York talking about Five Rings (cha-ching) and when we got off the air the host said “Let’s me ask you something: What the fuck is wrong with Nate Solder?!?” He was incredulous that the Giants would pay so much for a man who was in the process of protecting Eli Manning like the Secret Service protected Lincoln. (My words, not his.) Well I guess you can make a case Solder has rallied a little bit. Just to be consistent in using PFF rankings, they’ve got Solder 18th among tackles overall and 18th in pass protection, whereas Brown is only 34th and 43rd. What’s not in dispute is Solder has his penalties under control, he’s got three on the season to Brown’s six. Still, here’s the side-by-side taste test:

So while it’s not the rout that these other positions have been, here are three more points:

1. These two are the anchors of their offensive lines, the Giants are 2nd worst in the NFL with 38 Sacks Allowed so far while the Patriots are 3rd best with just 16.
2. Solder has gotten paid more in the time it’s taken you to read this blog than Brown will make all year.
3. The Patriots have Isaiah Wynn as Solder’s long term replacement.

So I’m going to have to rule this a …

Verdict: Win for the Patriots.

I won’t deny Shelton has been a major disappointment this year. I look back at what I was saying about him in Training Camp and preseason and I’m almost embarrassed that I thought he was playing the best ball on the roster. But he sure looked like it. But since the season began he’s become practically invisible. Which is not something you say very often about a guy who’s listed at 6-2, 345. You have to be looking for him to even notice him out there, unless he’s committing a special teams penalty like he did last week. At least he’s an addition to an interior line rotation that already includes more productive players like Malcom Brown, Deadrich Wise, Lawrence Guy and Adam Butler. And just the fact that he’s still got his name above a locker puts him ahead of the frustratingly inconsistent and now unemployed Branch.

Verdict: Win for the Patriots by default