According to the Smithsonian Institute, a puja “is the act of showing reverence to a god, a spirit, or another aspect of the divine through invocations, prayers, songs, and rituals.” It is the beginning of several traditions the couple will reportedly partake in in the course of their wedding celebrations.

They are expected to fly to Jodhpur tomorrow, where the Sangeet, Mehendi and Haldi ceremonies will reportedly take place through Friday.

The future Mrs. and Mr. are expected to tie the knot in a Hindu ceremony over the weekend, followed by a Christian ceremony.

Here we go. Nick Jonas and Priyanka Chopra’s wedding celebrations in India are now in full swing, starting with a puja ceremony held at Priyanka’s mothers house. As tradition, there are multiple ceremonies and celebrations that will take place before and after their wedding date on December 1st…and they are starting off hot. Everyone looks amazing (Sophie Turner, damn) and these pictures may near kill me. All their friends and families are also starting to arrive in India.

Apparently even The Rock is making the trip. He starred in Jumanji with Nick last year. What an amazing wedding guest. I’m picturing The Rock lifting Nick on a chair with one arm and Priyanka in the other while everyone cheers on the dance floor.

Kevin Jonas posted an Instagram story of himself and Danielle kissing on a plane, I’m assuming on their way as well. 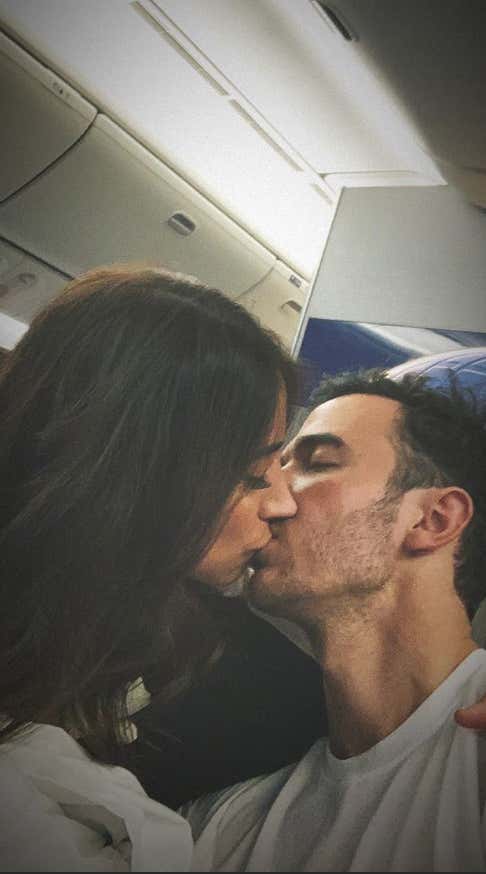 The countdown is on. Three days till my personal doomsday.