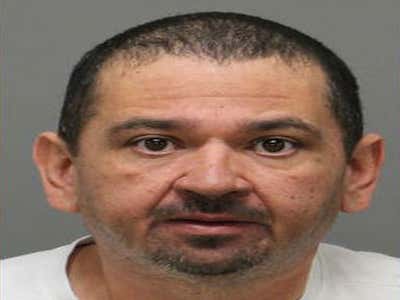 NY Post- Police in North Carolina say a man shot and wounded his son on Thanksgiving after a heated fight about NFL athletes kneeling during the national anthem. Cary police say 21-year-old Esteban Marley Valencia and his brother argued during dinner about the athletes’ protest of racial injustice. News outlets report 51-year-old Jorge Luis Valencia-Lamadrid told officers Valencia then physically attacked his other son, so he retrieved a shotgun.

Valencia-Lamadrid said Valencia started throwing furniture and hit him in the face with a water bottle. He said he had been holding the gun by its pistol grip and squeezed the trigger. Valencia was hit in the hand and leg. He was taken to a hospital for treatment.

Try to be more American than the Valencia family. You can’t. Arguing during Thanksgiving, embracing debate about NFL players kneeling during the national anthem, and unchecked violence is as American as the holiday centered around football and food itself. All this story needed in order to get a Murica Bingo was someone napping after consuming the ungodly amount of tryptophan that comes with eating three (3) whole slices of turkey and warming up some leftovers during the Thanksgiving night game.

Now luckily for Jorge, it seems that he shot his son not because of his kid’s stance on the anthem kneelings but instead because he got hit in the face with a bottle and mistakenly(?) pulled the trigger. And to be honest, that’s probably a good thing for Mr. Valencia-Lamadrid. Because if you think being known as the asshole that shot your son on Thanksgiving is bad, try being known as the asshole that went viral for shooting his son because he is pro or anti anthem kneelings in 2018.