Passing gas in public is often embarrassing. But for a Dania Beach woman, doing so while waiting in line at a Dollar General store led to her arrest on a charge of aggravated assault with a deadly weapon without intent to kill.

It’s what police say she did after a man in line complained about the act that led to the charge.

According to a Broward Sheriff’s Office complaint affidavit, Shanetta Yvette Wilson, 37, was in the checkout line at the Dollar General store on 120 S. Federal Hwy in Dania Beach on Sunday evening. John Walker, the customer standing next to her, got into a verbal dispute “in reference to the defendant farting loudly,” according to the affidavit.

Wilson allegedly pulled a small “lock back knife” from her purse, “opened the knife and told the victim she was going to ‘gut’ him,” the police report said.

While doing so, she pulled back her right hand with the knife as if she was going to attack the victim with it, the report read.

Walker was “in fear that he was going to be stabbed by the defendant,” the affidavit read.

After police were called, Wilson was found by deputies in the area of 45 NW 5th Ave. and identified by Walker.

Wilson was arrested and taken to the Paul Rein Detention Facility in Pompano Beach. Her bail was set at $2,500.

Hmm, well that stinks! Now I hate to be a middle man here, but I respect the move out of both the farter and the complainer. Not sure this was avoidable or how it could’ve ended any other way. When you wear your fart on your sleeve like the woman that cut the cheese OUT LOUD, then you have to expect that someone is going to complain. Especially when you’re in a store line and fart loudly with someone standing directly behind you. But when someone complains about your bodily functions, what other options do you have than to pull out a knife and threaten to gut him? 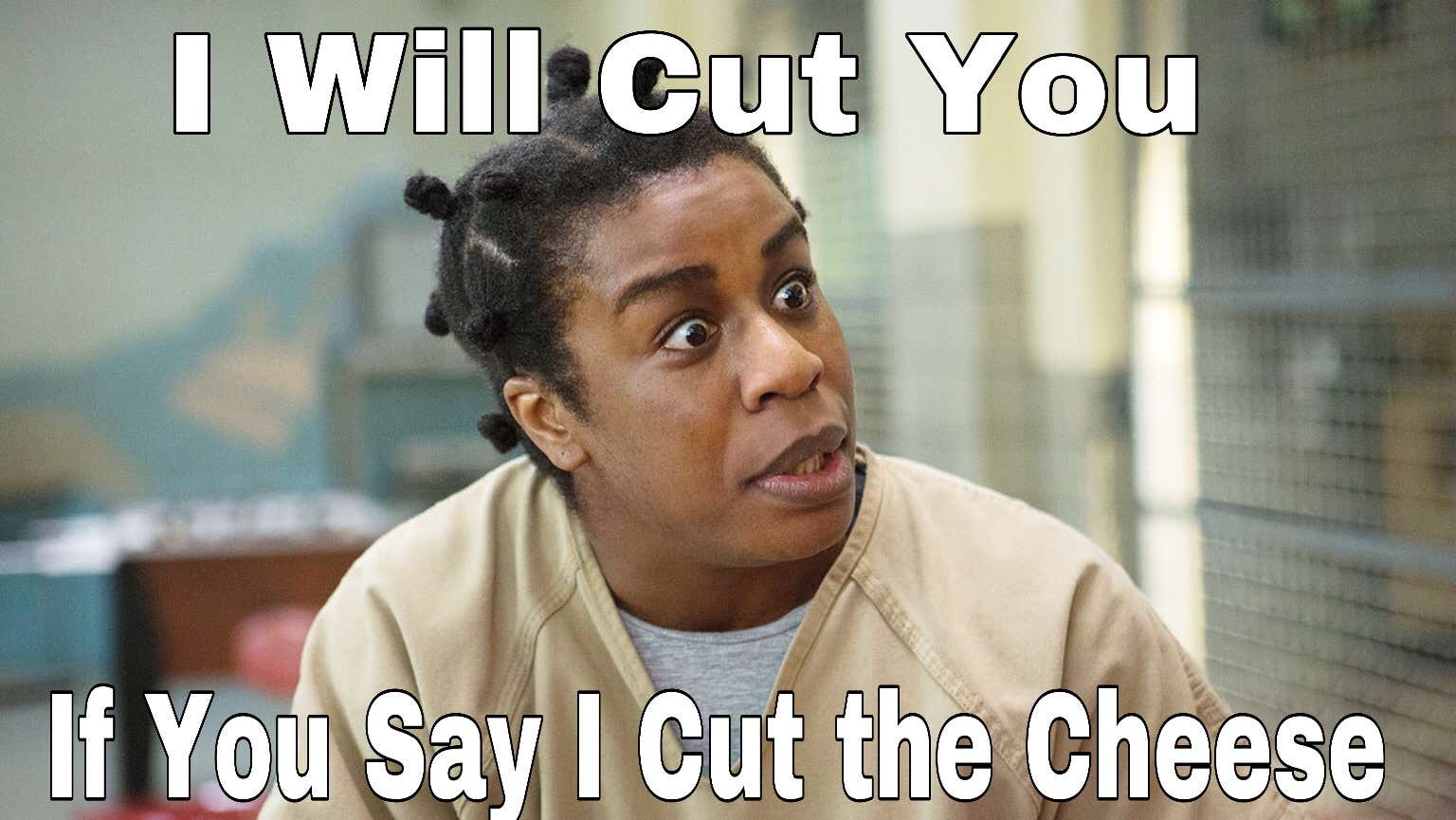 I guess if we’re being technical and looking at the order in which the events happened, it all starts with the fact that the woman CHOSE to allow her fart to be loud. Ignorant people will debate until the they’re blue in the face about gender and/or sexuality being a choice, but everyone with a brain knows that fart volume is a choice. Especially when the affidavit said the defendant farted “very loudly”. I get that sometimes a little toot sneaks out, but a very loud fart is premeditated. This woman knew exactly what she was doing, so she had to be ready for the repercussions of her actions. She chose to break the unwritten rules of the public fart (keep it quiet), which in turn triggered the smeller into being allowed to break the rules of public fart smelling (calling out the gas passer). 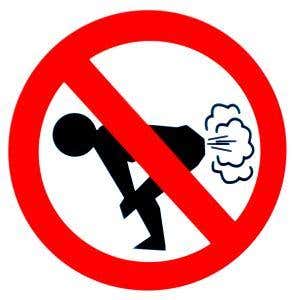 One of the greatest beauties of the public fart is no one knows who did it, if you keep it silent. A movie theater fart, a bar fart, and a store line fart all can do some major damage, but if you keep it silent then the best the smellers can do is guess who ripped. And from her appearance in her farting mug shot, she looks like she could’ve let a silent one loose and completely flown under the radar. Because most people wrongfully assume it is the largest person in the room, right Big Ev?

So I guess for that reason I’m actually siding against the woman that pulled out the knife in the Dollar General. She had a golden opportunity to sneak one by, but she chose to bring the attention on her, and then got mad when someone called her out on it. I can’t side with someone like that. To get me to side with you, you generally have to be right or be funny. She definitely wasn’t right in this situation, according to the police, but when it comes to farts, you can usually find a way to make them funny.

Unfortunately, she was not funny in this case. But that doesn’t mean that she didn’t have a chance to be! After blatantly ripping a loud fart that got another customer to complain, if she simply would’ve yelled, “Whoever smelt it, dealt it!” when she raised her arm to stab the man, then I would have classified that as funny. Maybe next time!