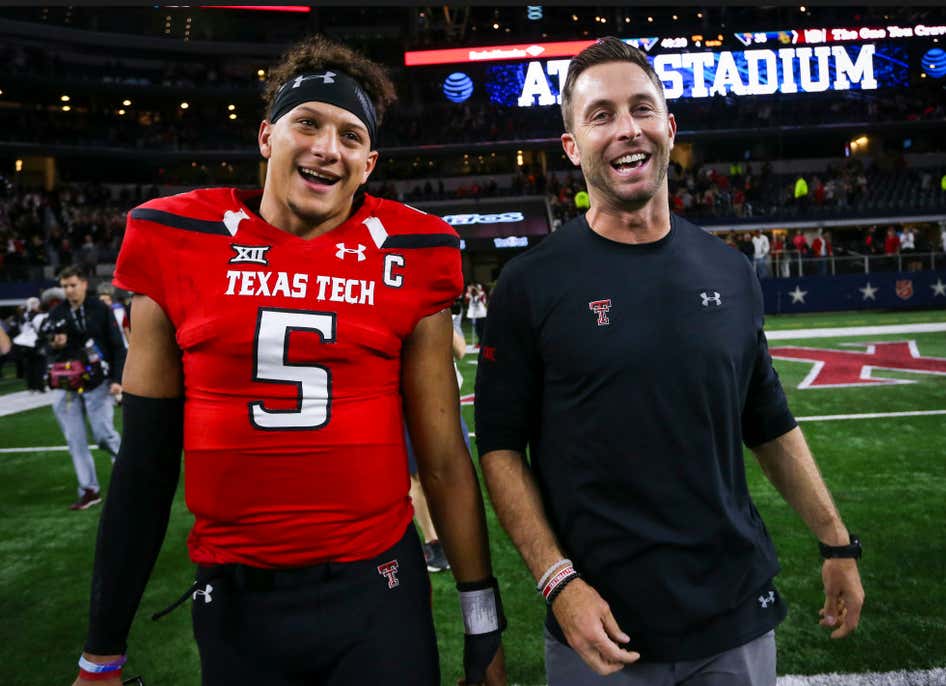 In case you missed it, Texas Tech did stupid Texas Tech things and fired Kliff Kingsbury over the weekend.

My first thought was “who the fuck do they think they’re going to get?” Even though Kirby Hocutt said that the move will help make Texas Tech elite again, this is a prime example of “the grass isn’t always greener” folks.

In not-surprising-at-all news, it was reported today that Kliff is getting interest A TON of interest from NFL teams.

It would make complete sense. He’s only 39. He’s an offensive mind and the passing numbers in the NFL are on the rise. He’s a QB whisperer. Patrick Mahomes, Baker Mayfield, Case Keenum, Johnny Manziel and Davis Web have all developed under him.

Sure, it’d be smart for KK to want to be in the NFL. More money. No recruiting (although, I’d assume that Kliff is VERY popular with the moms.) Better cities to live in… etc, etc.

But I’d like to see him stay in college football for a while. Call me selfish, but he’s good for the game. Why not go the Lane Kiffin route? Be Nick Saban’s offensive coordinator for a year or two, get you a National Championship, another Heisman or two and then go be a head coach somewhere else who will appreciate you. Then maybe jump into the NFL if you’re over the college scene.

Apparently, I’m not the only one who thinks staying in college could be a good idea. There are reports as we speak that he’s enjoying some time in sunny Southern California.

I know that Clay Helton’s job is apparently safe, but that makes zero sense. Laughable even. Kliff makes WAY more sense. Definitely for the Trojans and it’s damn sure not a bad deal for him either. 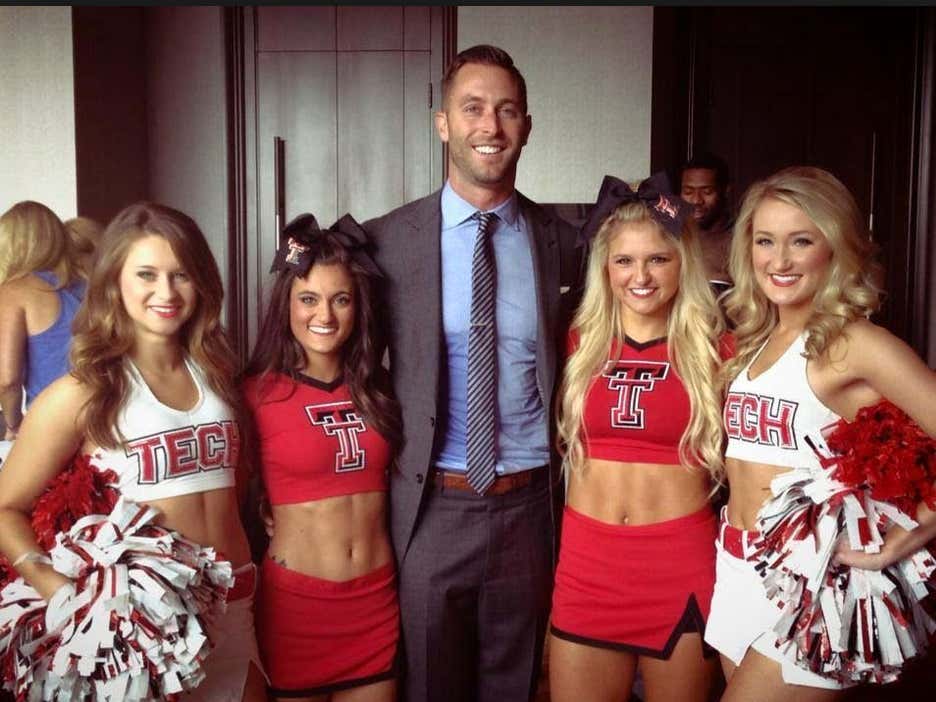 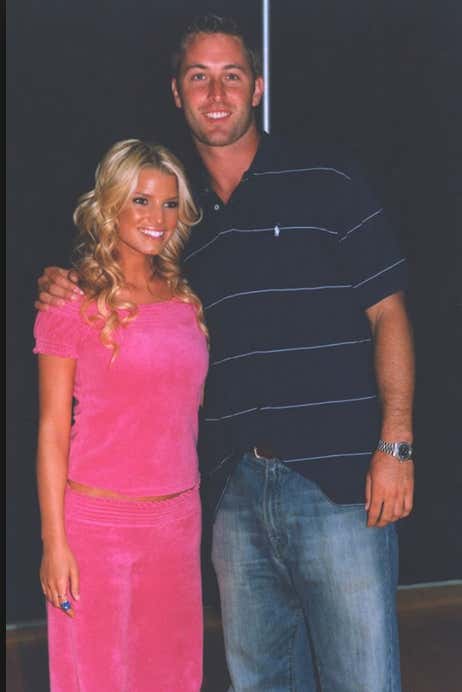 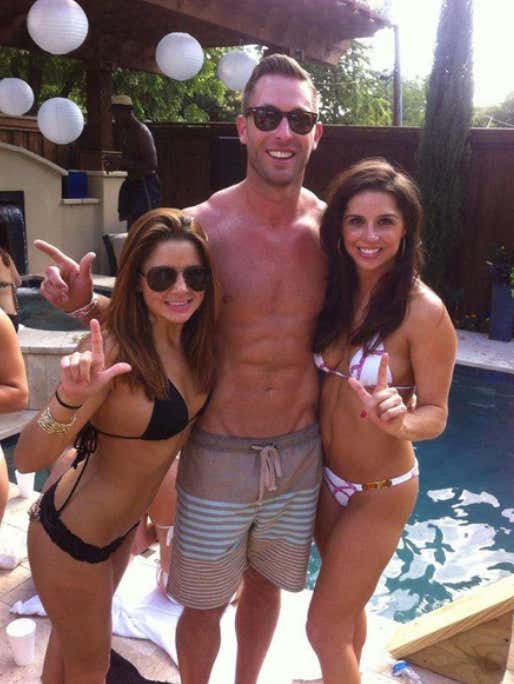 The guy has it all… except for a job (FOR NOW). I don’t expect him to be a free agent coach for long.

Not to mention, he’s a really nice guy and is a big time friend of the program.

That episode was wild. And yes, he talks about being, uh, friends with Britney Spears.