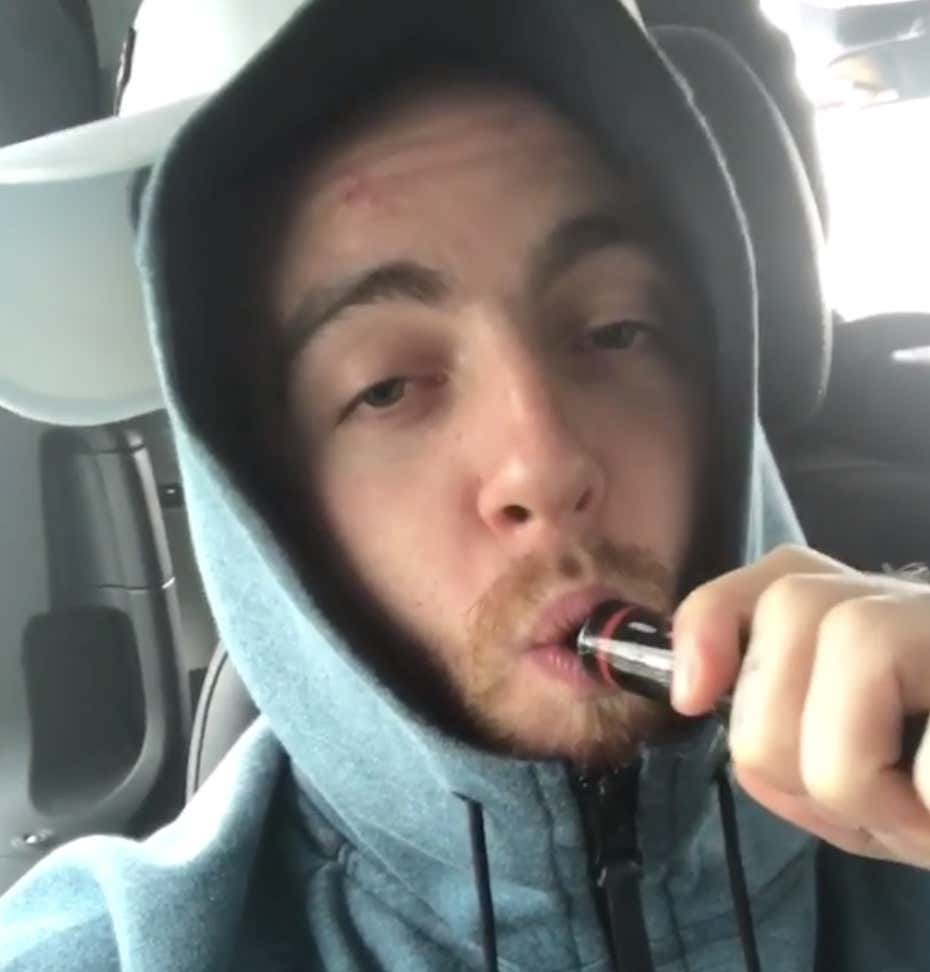 For some reason, vaping has gotten hugely popular in the past few years, picking up all sorts of fans, including ones you might not expect, who expressed their fondness for it in some pretty unusual ways. Case in point, the late rapper Mac Miller liked vaping so much he dedicated a whole, secret Instagram to the hobby. Complex, with the help of some astute fans, unearthed the account, @cloudywithachanceofawesome69, on which Mac role played a character of his own devising called Lars.

What an outrageous discovery to make. I like to think that when I die, people will find my secret instagram account about fruits and veggies that look like vulvas, which, lest we forget, is the entire pussy.

There’s no way that will ever happen tho. @GetThePipe isnt something that people will search for.

Glad Mac’s humor was unearthed and we can watch him blow these mad ass clouds.

Last note: Cloudywithachanceofawesome69 is such an incredible account name. Surprised that one wasnt taken.