A terrible (wannabe) surfer myself I’ve always had a massive respect for the women & men who can actually do it. As a means of living vicariously through them I follow a ton of surfing sites & photographers because the things they’re capable of never ceases to amaze me. This week it’s been hard to ignore all the awesome posts coming out of the World Surf League’s Jaws Challenge as storms & trade winds stoke up Hawaii’s coasts.

In addition to the life-threatening surf, impacts could also include significant beach erosion and overwash onto vulnerable low-lying coastal areas, especially during the peak of the high tide near daybreak this morning. The large northwest swell will also cause significant surges and breaking waves at harbor entrances, such as in Haleiwa and Kahului. 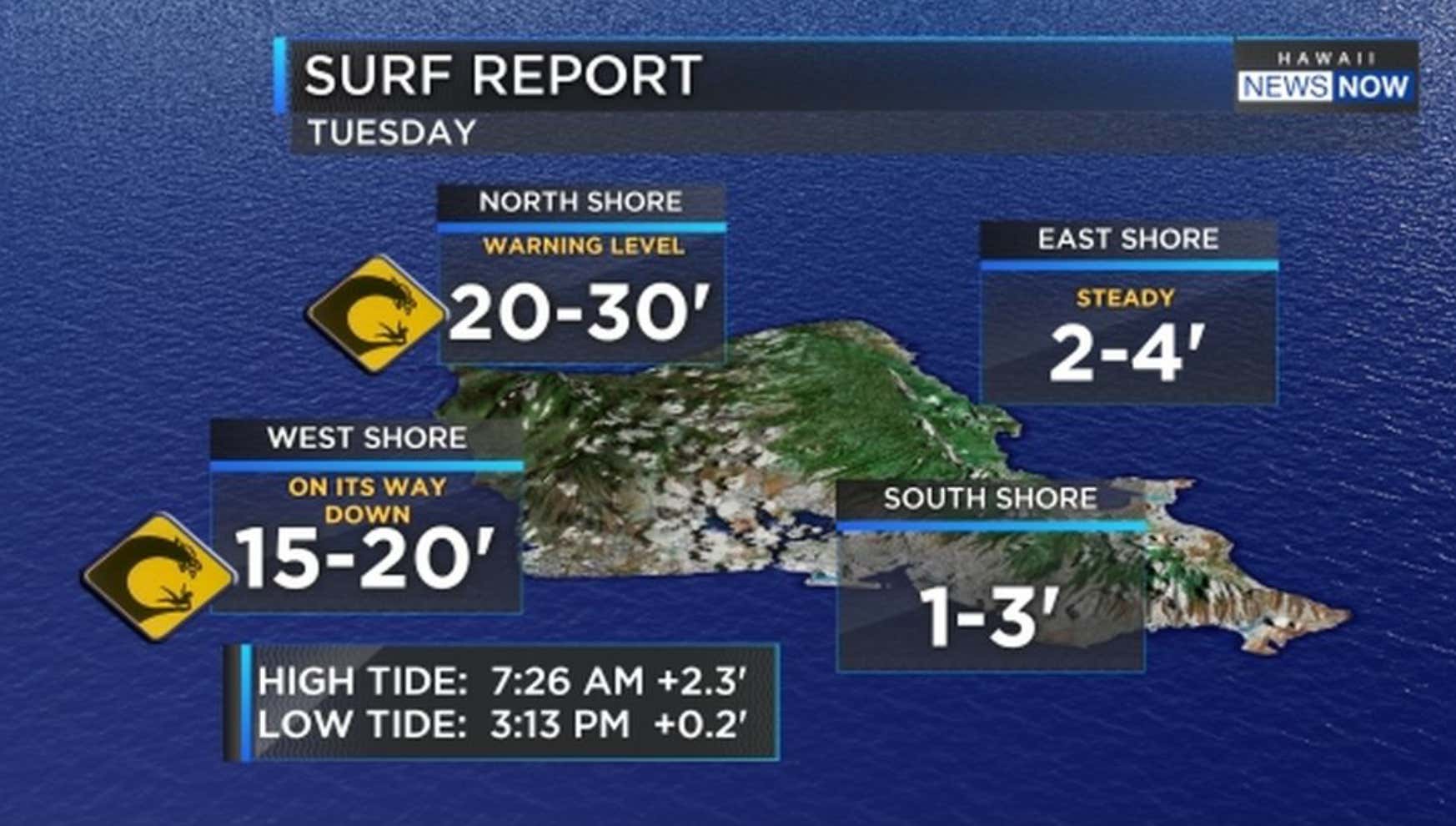 There’s a spot off Maui where those massive waves are hitting that’s famously known as ‘Jaws’ & this week it’s been on fire… So much so that the World Surf League postponed their competition yesterday after several surfers had to be taken to the hospital.

“It felt like it was getting too dangerous,” Mike Parsons said while making the call to end the Jaws Challenge for the day as the swell producing 40-60ft (holy shit) faces built and the trade winds rose. “It’s a tough call to make at the end of the day but safety has to remain the number one thing.”

Check these out if you want to feel nervous:

Kai Lenny barely making it out of the barrel..

Footage from yesterday before it was called off…

The way his body just skips across the water…

Here’s the women’s heat with Keala Kennelly, Justine Dupont, Paige Alms, Bianca Valenti, Andrea Moller and Emily Erickson… It pretty much had my heart in my stomach.

Looking forward to seeing the footage as the competitions continue. Happy to be watching it from dry land..