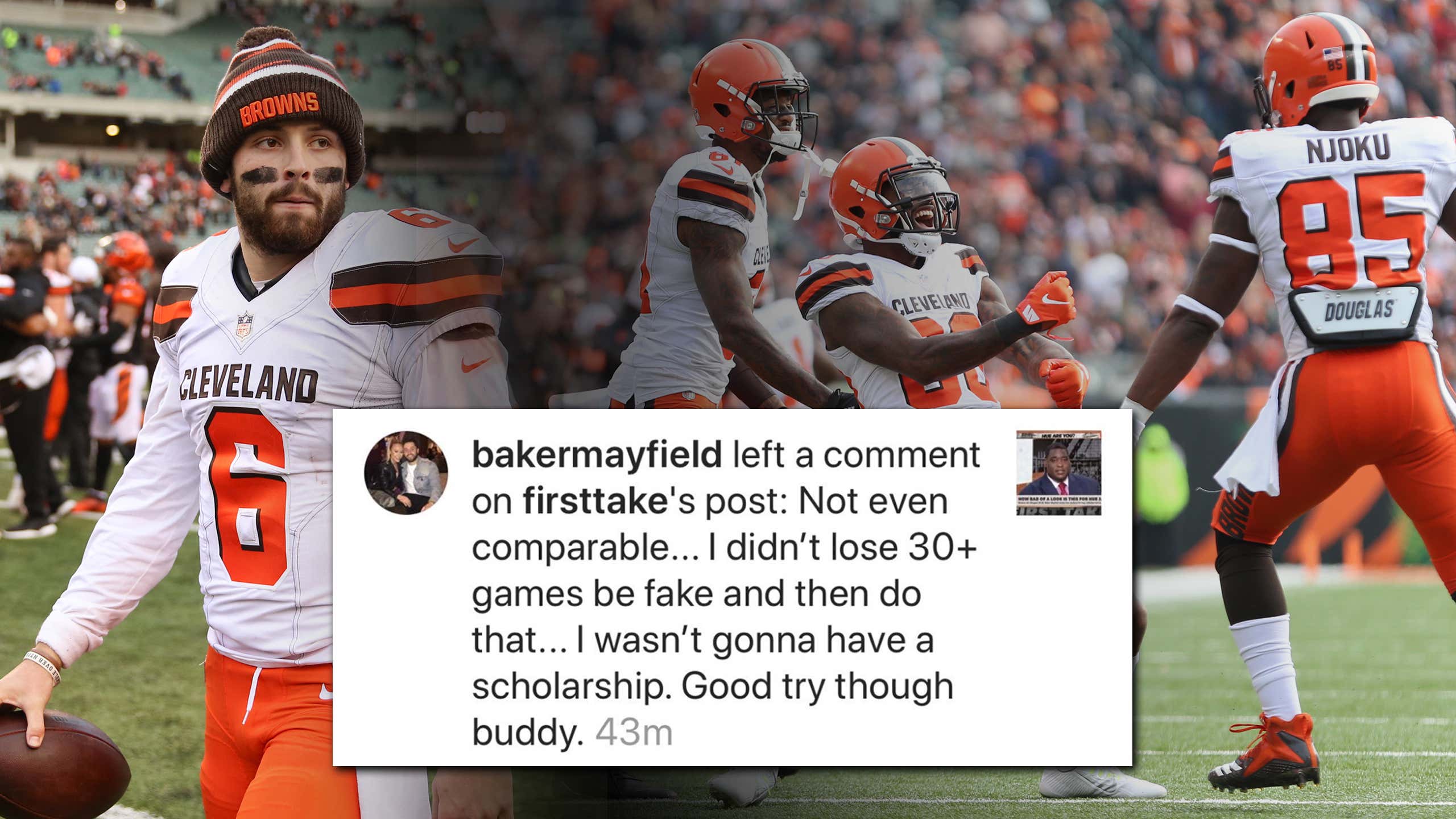 What the fuck is going on right now? People are really pissed off about the Browns and Baker Mayfield right now. Let me clarify, when I say people, I mean the same people in the media who got endless, low-hanging fruit jokes off about the Browns for the last few years. Every joke they could make was made. Was a lot of it deserved? Yes. But to turn around today and piss and moan and poop their pants over the team’s attitude following a big divisional win is just hilarious.

This is what happened yesterday:

1. Damarious Randall handed his interception ball to Hue Jackson on the sideline

2. Baker didn’t really give Hue much love after the game

3. After the game, Baker said this, “He said, ‘good job, good game.’ It was brief, yeah. Didn’t feel like talking. [He] left Cleveland goes down to Cincinnati. [He’s] somebody who was in our locker room asking us to play for him and then goes to a different team we play twice a year. Everyone can have their spin on it, but that’s just how I feel.”

On the surface level, uh, sure, I guess, but let’s compare the two situations:

HUE JACKSON:
– Fired after losing over 30 games in two and a half years
– Still getting paid MILLIONS the next two years
– Went to a divisional rival… in the middle of the season
— Getting paid for the move
– Tossed the team under the bus and took no accountability
— Made up a bunch of shit and took no blame after he got fired

BAKER MAYFIELD:
– Was not going to get a scholarship after walking on and starting
— Wasn’t great his freshman year, but did get injured
– Transferred and walked on in-conference… at the end of the season
— Not getting paid for the move
— Was paying tuition to attend school and play

I love this. Should Baker air Hue out in public? I don’t know, I am sure someone could make a compelling argument to just ignore everything. But, most importantly, who the hell are we to judge how things went behind-the-scenes with Hue and the Browns? People want to find issues with Baker, like the time he grabbed his nuts against Kansas (even though that team snubbed his handshake during the coin flip and then cheap-shotted him all game).

Clearly, there was bad blood and issues internally that caused the team, not just Baker Mayfield, to feel this way about Hue Jackson.

Baker plays with a chip on his shoulder. He has an edge on the field. This is what makes him good. This is why he rose from walk-on to Heisman Trophy winner to the number-one overall pick in the NFL Draft. The edge is real, it is who he is and what makes him such an awesome player to root for right now. Having a good guy like this in the NFL, who cares about the community, is a true leader and is open, real and honest should be celebrated.

Beyond just the Baker stuff, other people are bashing the Browns for being “classless” yesterday.

Oh, I’m sorry, are the Browns getting a lesson in class from the Cincinnati Bengals?

This team has been spit on and destroyed by teams in the AFC North for twenty years. They kicked the Bengals ass yesterday and are starting to establish an identity for once.

If you were one of the people who crapped all over this team for being bad the last few years and now are sitting here trying “moral high ground” the Browns… you can go kick fucking rocks.