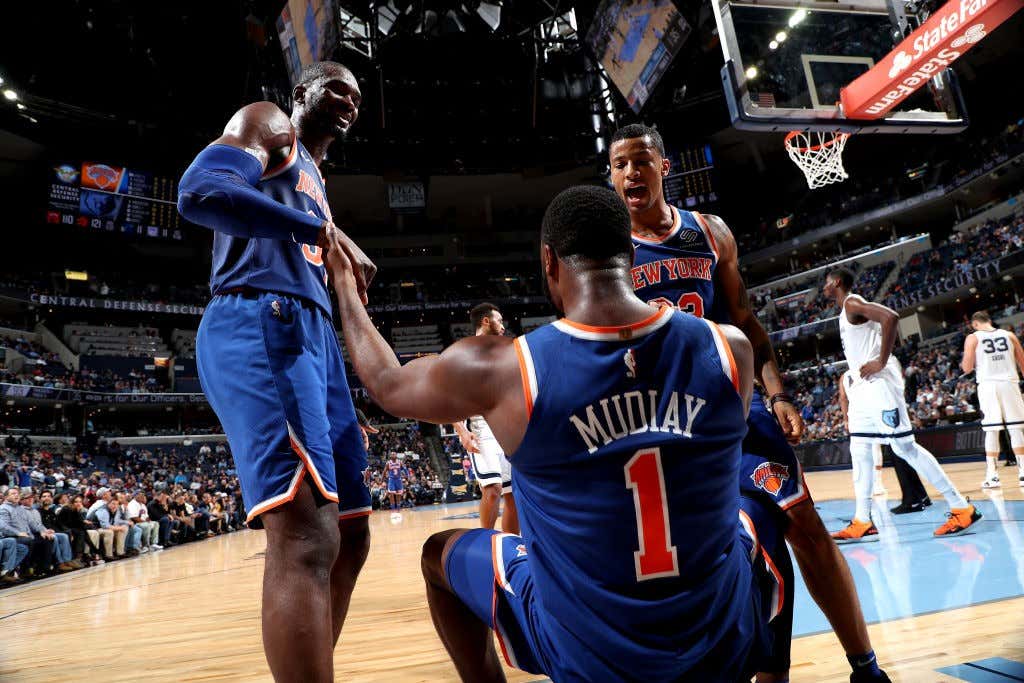 Going into the 2018-2019 basketball season, the New York Knicks needed to do one thing and one thing only: lose. There is no magical season from the young guns that would produce any good. The Knicks have a first round pick and the top of the draft class is all-time with guys like Zion, Barrett, Cam Reddish, along with others. Porzingis, at the minimum isn’t expected back until sometime in the second half of the season. There is no incentive to winning. None! For a while things were going great!

Losses everywhere! They were even covering some of these games and making them interesting to watch as the young kids got better and better. And then what happened? Thanksgiving break happened. What the fuck guys?

The Knicks are on a three game winning streak and have beaten the Celtics, Pelicans, and Grizzlies consecutively. How is this happening? Why is this happening? Trey Burke is scoring 29 points in Boston to lead the way. Mudiay dropped a 27 spot against New Orleans. Fucking Enes Kanter put up 21 and 26 last night in Memphis. The Knicks hadn’t won in Memphis since the JFK administration, but they did last night because fuck tanking right? Fuck me.

Now I understand last night was awesome for Fizzy to win in Memphis, a team that canned him almost a year ago this time, but nope. They started to blow their fourth quarter lead in perfect tank fashion, but decided to inexplicably fight back and win the game late for reasons I cannot make heads or tails of. I get it, this young team is fun and has actual hope for the future, but stop winning for Christ’s sake. Anyone that says “oh we can have fun now it’s fine we just have to lose later” is outside of their own mind. What are you saying? Wins and losses count the exact same as they do in March. Enough, already, this is nonsense. Tank for Zion, Barrett, and Reddish. That’s the only way this works.