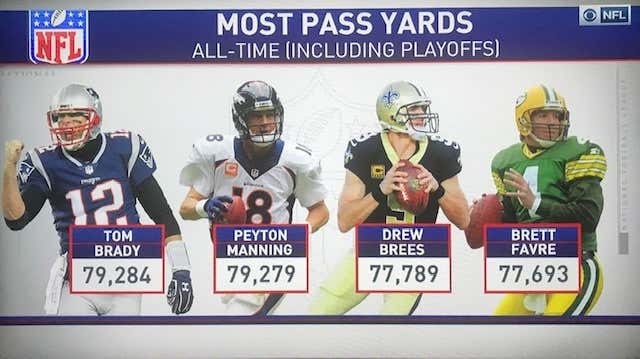 I threw this out there semi-facetiously in the Knee Jerk Reactions to Patriots-Jets this morning. But I’m being 100 percent serious now when I ask what was with the league-wide non-reaction to Tom Brady breaking the all time passing record?

In an NFL that loves nothing more than to celebrate the accomplishments of their biggest names and remind their public that the modern game is chock full o’ legends doing legendary things, the greatest winner pro football has ever known becomes the most prolific passer of all time and …

It didn’t get a mention on CBS until much later in the game with that graphic. Dan Fouts called it “remarkable.” Then Ian Eagle went back to plugging God Friended Me and Young Sheldon.

That was it. They didn’t stop the game. The record-breaking football wasn’t immediately pulled from the game and sent via armored car to Canton. The officials didn’t hand Brady a laminated 8×11 1/2 sheet they’d made on Microsoft Paint like he’d just won Star Pupil of the Week. Brady’s family wasn’t standing on the sidelines so he could give his kids an inspiration speech about believing in your goals or achieving your dreams or whatever. Which I only mention because of this:

Not to mention, this:

Try to find a mention of Brady’s record on NFL.com. I search for shit online practically for a living and I’m damned if I can find a mention anywhere on the league’s official state-run media: 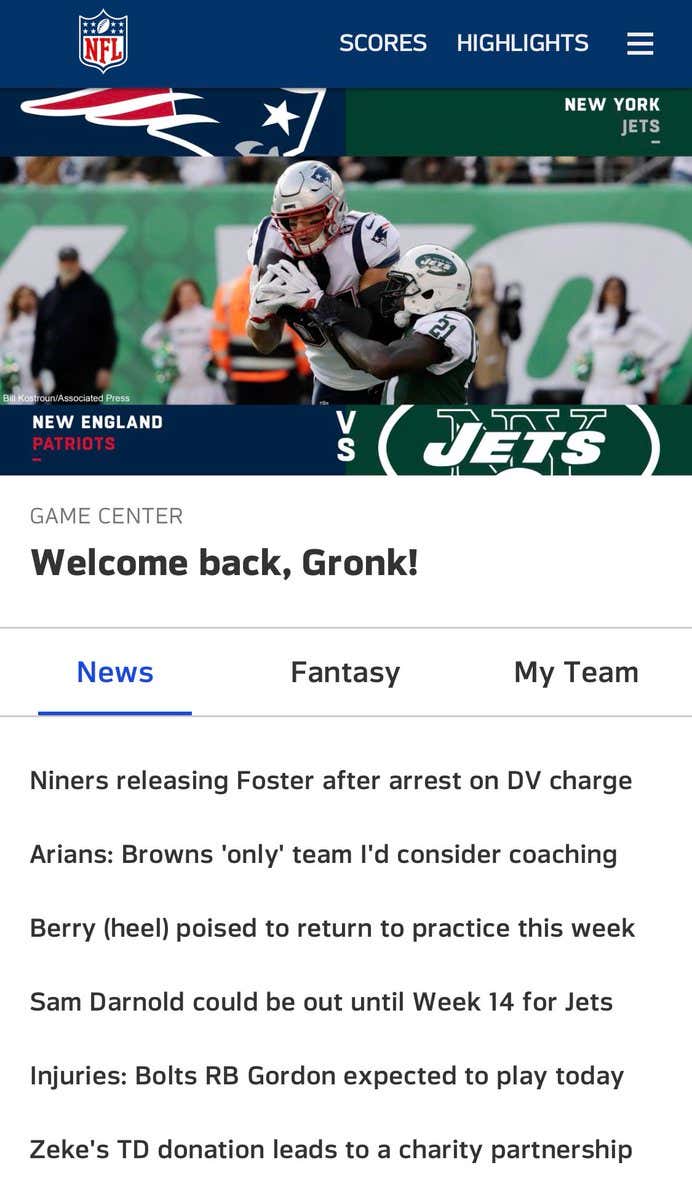 I scrolled the league’s official Twitter feed and all I could find was this:

A fucking RT of the Pats official Twitter feed.

Truth be told, I’ve been counting down the yards on this for weeks, so I knew precisely when he completed the record-breaking pass. I did the math when Brees broke the regular season record and it practically became breaking news on every cable network like Bin Laden had just been killed. Here’s what I wrote in a tribute to Brees at that time because I am genuinely a fan so none of this is a knock on him:

But nevertheless, it was a pure good. And since Tom Brady is now 1,635 yards behind Peyton Manning for the all time passing yards record for regular season and postseason combined, I have all the faith in the world the NFL will stop the game when he breaks it (probably against Tennessee in November) and bring Giselle and the kids on the field, because the precedent has been set.

Alright, so my math was off by one game. But on the larger point, I was spot on. Or my sarcastic tone was spot on because I knew there would be nothing approaching the level of celebration Brees got. But even I didn’t envision so little attention. Never mind that it’s being treated like it’s not noteworthy; it’s almost like it never even happened.

And if the argument is “Well it’s because they don’t combine regular- and postseason totals, dumbass,” I say fine. Keep them separate. But how do you not even acknowledge it? One of the most recognizable figures in the history of your sport passing another most recognizable figure who also happens to be the two halves of the greatest rivalry in the sport for 17 head-to-head games over 15 years and that’s not even noteworthy? Besides, I distinctly remember that when Manning won his final game a huge stink was made out of how he’d passed Brett Favre to become the only QB to ever win 200 games combined regular- and postseason. And when Brady passed them both (his 204 regular season wins and 27 postseason wins are both records), it got less attention around the league than a B+ quality endzone dance.

Whatever. Believe me, I’m not going to lose sleep over it. I’ll pass out into a whiskey glass in front of Monday Night Football like every other week. This isn’t about righting some historic wrong. It’s just to point out the hypocrisy of stopping the world from spinning over one record while ignoring another record that is a million times more significant.

But if you really do want to right this wrong, by all means do so. 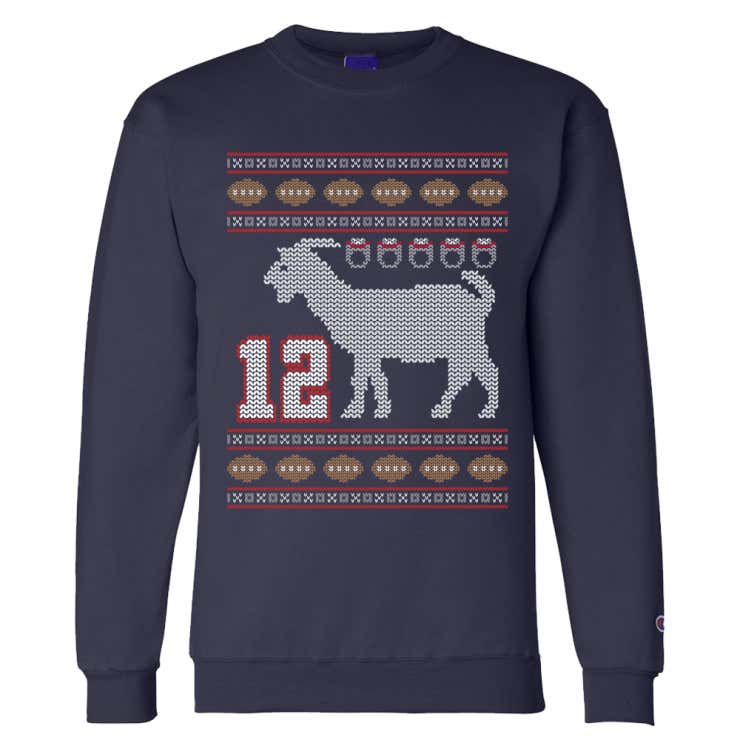