If you are not on the College Football Playoff Committee, please exit out of this blog right now. I appreciate the page view, but I am not speaking to you. This blog is for committee members eyes only. Especially you Rob Mullens, you squeaky little lying weasel. 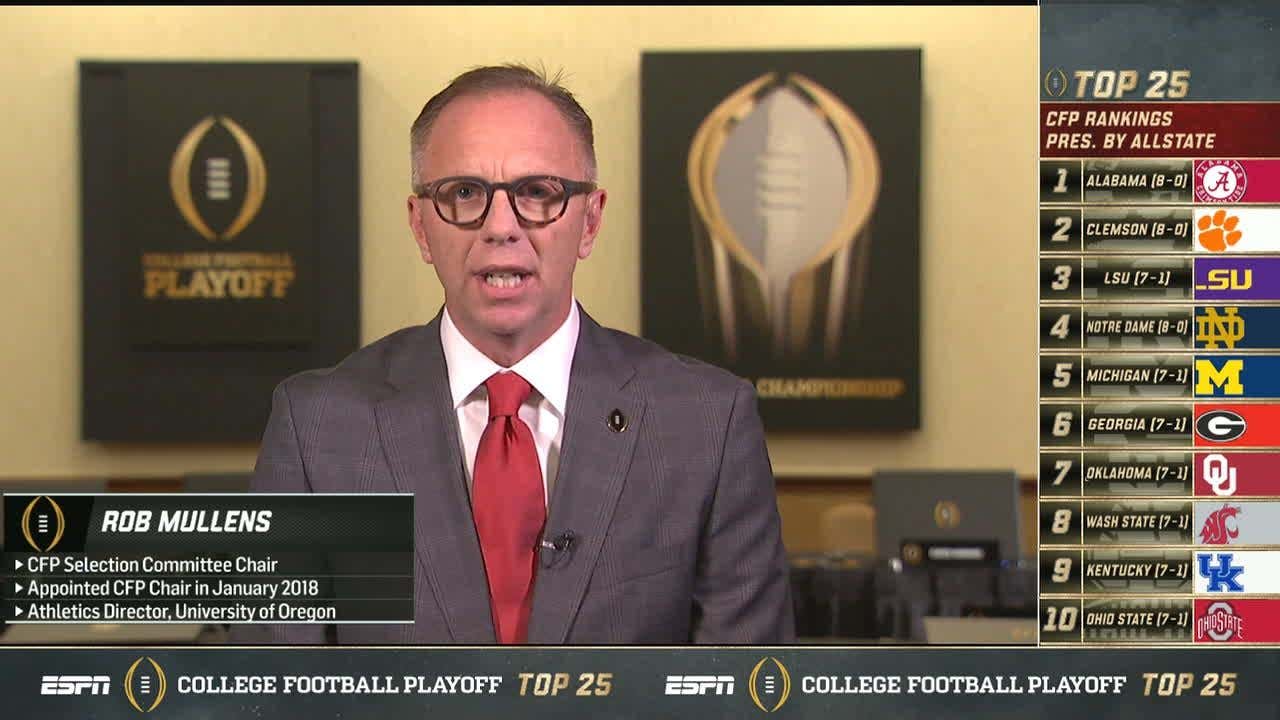 Mullens officially pissed me off last week when he explained the reasoning for having Oklahoma so high at #6. I completely understand why Ohio State WAS #10. I’m not here to argue that. Their defense had been terrible, and they had been playing close games with teams that should be rolling. However Dwayne Haskins and the high-flying Buckeye offense has kept them winning. But in the eyes of Crooked Mullens and the biased committee, a high-flying offense and terrible defense is only good when you’re from Oklahoma. If you’re from Ohio, where the committee screws us over year after year and has never once helped us out in any way, then you should be placed down at #10 behind Washington State and UCF. 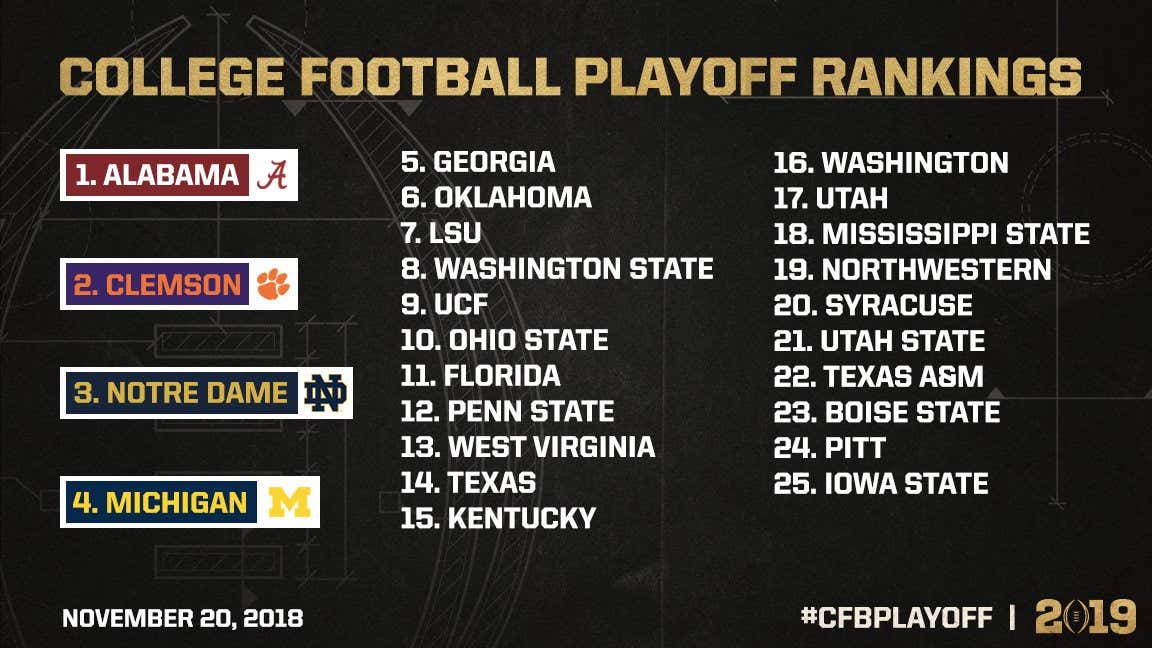 Again, this is all prior to this weekend, meaning the committee now has the opportunity to correct its wrongdoings. But these are some little snippets of information that got them to place Oklahoma knocking on the door at #6 waiting for someone to lose, while the Buckeyes were sent down to #10 hoping for chaos. Committee: you HAVE to be better than this!! 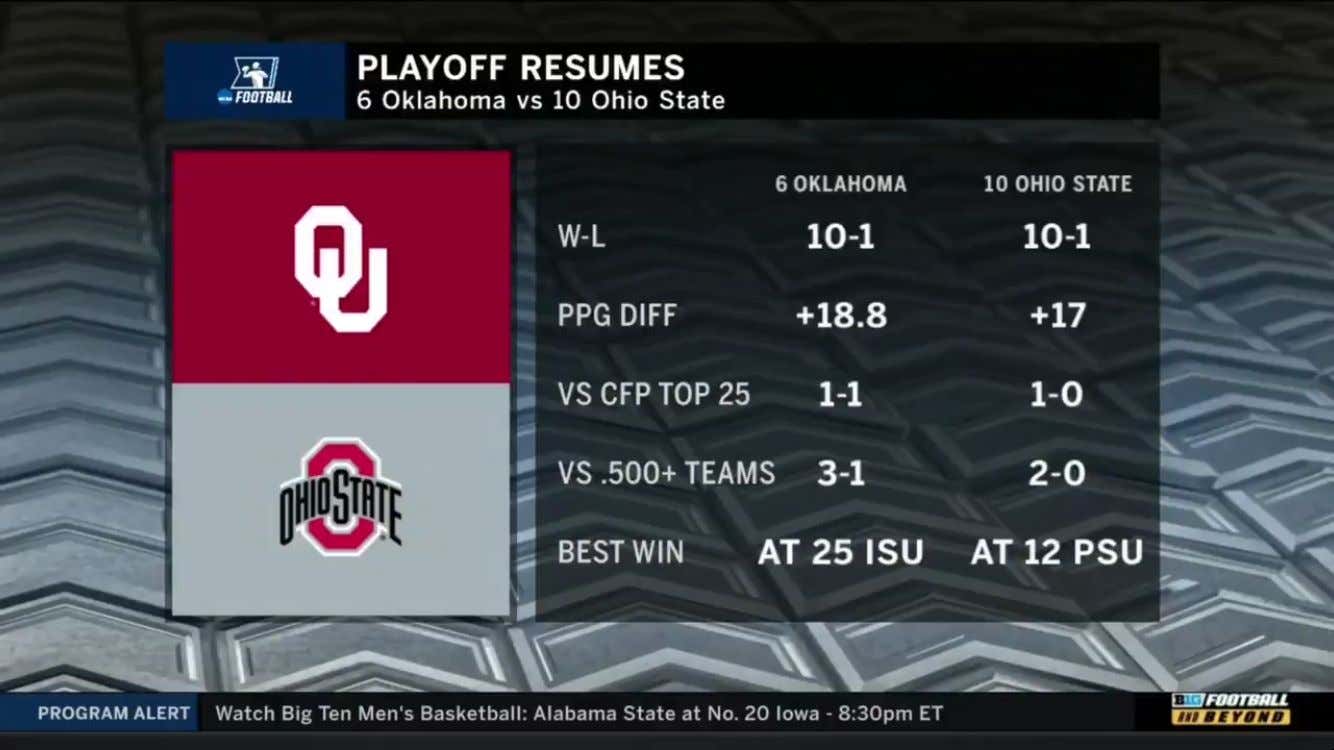 Yo wtf committee? Let’s look at the whole body of work here, not just pick and choose our favorites. With what reasoning would Ohio State not be higher than Oklahoma? Let’s hear from Crooked Mullens.

So Ohio State’s defense is struggling, but their offense is “keeping them in games”. Tell that to Oklahoma, who has now beaten Texas Tech (51-46), Oklahoma State (48-47), Kansas (55-40), and West Virginia (59-56) in the last four weeks. Oklahoma’s offense is “dynamic” though, offsetting that defense.

Identical offenses, a better defense, and a better resume! Not to mention that the Dwight Howard property states that Ohio State is clearly better than Oklahoma. 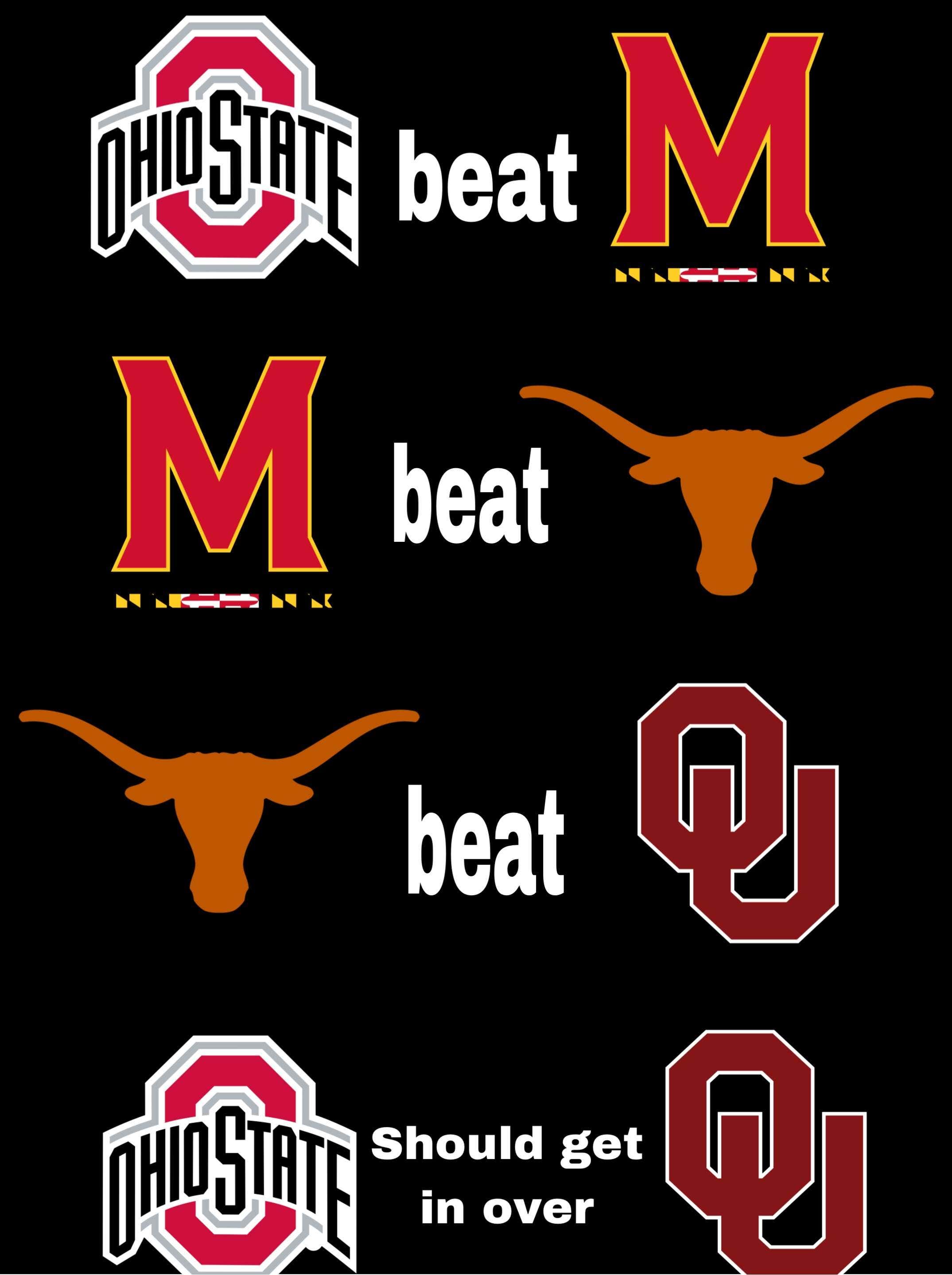 Now factor in that Ohio State has improved their resume, which was already better than Oklahoma’s, with the now best win in the country. There is a 0% chance that Oklahoma should be ranked higher when the rankings come out tomorrow. Think about it. Both of their defenses struggle (even though Ohio States is much, much better). Both of their offenses are dynamic. There literally is only one reason that Oklahoma could be placed above Ohio State and that is a corrupt committee. And folks, unfortunately that is exactly what we have. Everyone please welcome Spineless Joe Castiglione, Athletic Director at Oklahoma University and sitting member of the College Football Playoff Selection Committee. 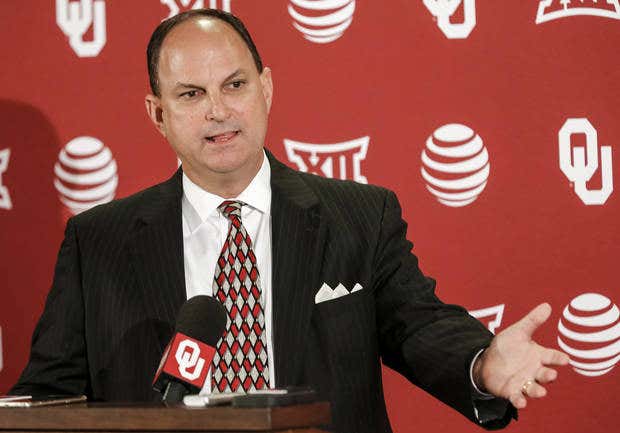 Hmmm…that might explain why Oklahoma’s rank doesn’t match its resume. There is a snake in the grass! And before all of you research watchdogs (remember, you’re not supposed to be reading) start coming after me about Ohio State’s Gene Smith also being on the committee, I encourage you to use your brain for just one second. Gene Smith has shown time and time again that he will do the right thing, regardless of the situation. That is why he is so well respected by the public as an athletic director. 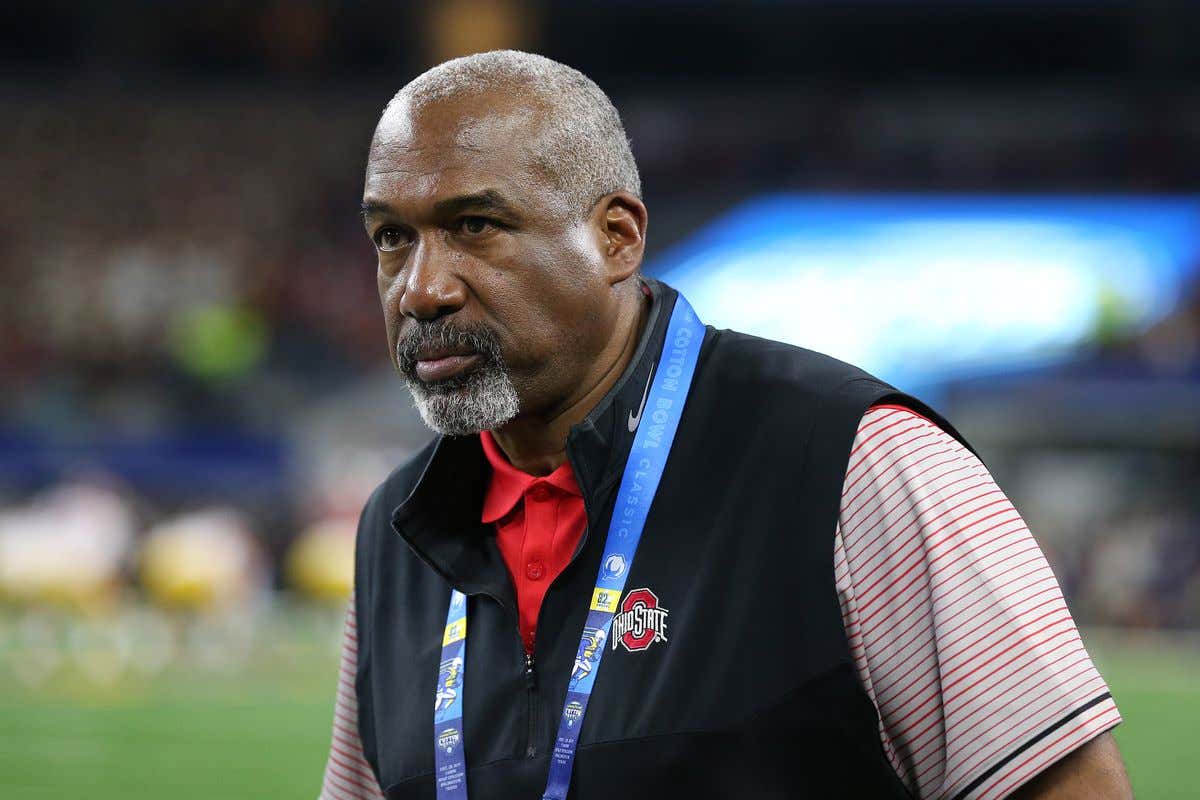 Look no further back than last year, when the Big Ten Champion Buckeyes sat at 11-2 and graciously allowed Alabama to attend the playoff instead of them. Gene Smith has shown that he won’t recklessly steer the committee in a direction that favors his school and conference, but we have absolutely zero proof that this Castiglione character won’t skew the ballots! His term ends in February 2021, but I think I’ve seen enough of him already. How else could you explain why Oklahoma has a “dynamic offense” but Ohio State doesn’t. Bring back the true football minds that were once on the committee. Tom Osborne (Nebraska), Lloyd Carr (Michigan), Barry Alvarez (Wisconsin), and Condoleezza Rice (Cleveland Browns) should do the trick. Do the right thing, committee. Drain the swamp. 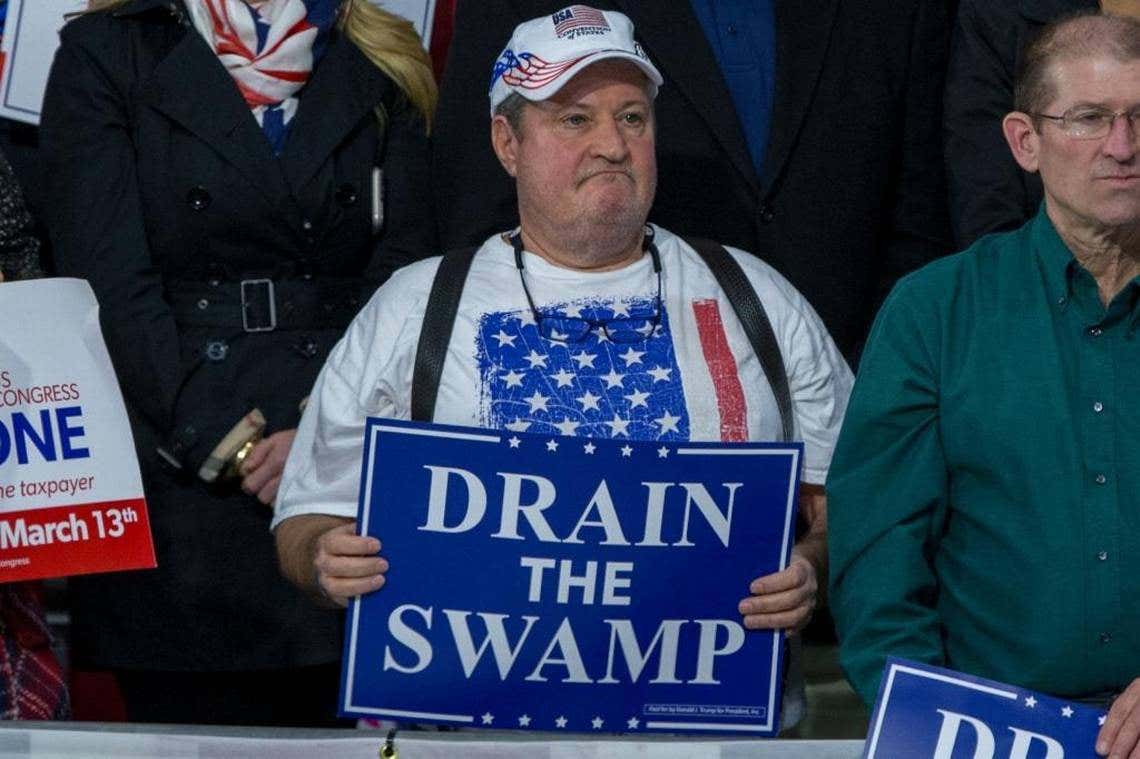 The committee has an opportunity to show the country tomorrow night that we are progressive. That we allow people to make mistakes (Purdue) and correct them (Michigan). Oklahoma has skated by all year because of their cupcake schedule. They’ve beaten one ranked team in the coaches poll all year! And gave up 56 points in the process. The Buckeyes went on the road and beat TCU in Texas, went on the road and beat Penn State in Happy Valley, went on the road and beat Michigan State in East Lansing, and just hung 62 points on the best defense in the country. There is literally no doubt in my mind that if ESPN didn’t have to release rankings every single Tuesday for television and money purposes that Ohio State would be ranked higher if we just did one ranking at the end of the year. But now the committee has a choice between the easy decision and the right decision. Don’t let Crooked Mullens and Spineless Joe make the decisions. Be your own person. The power is with the people. Members of the Committee, the future of this country is counting on YOU. 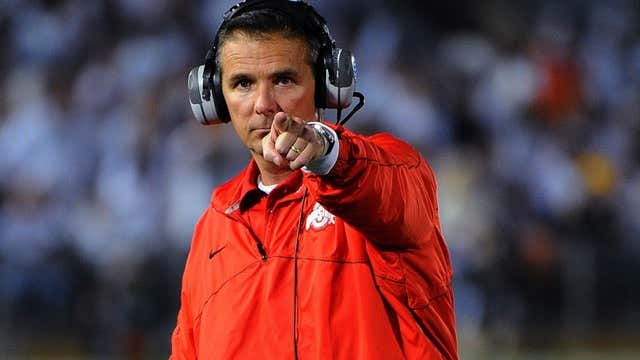