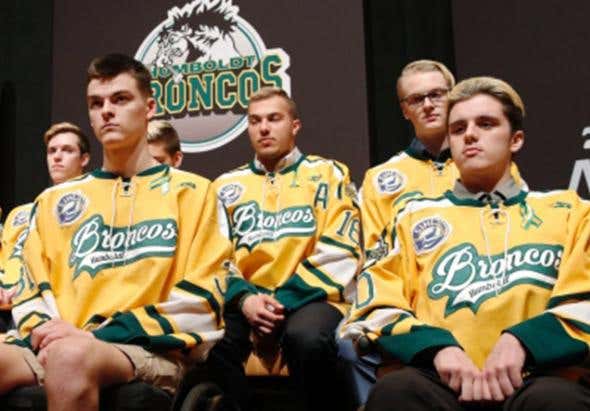 (source)–When the Humboldt Broncos bus crashed on April 6, 2018, the hockey community responded. In honor of the 16 lives lost and 13 injured, many around the world placed hockey sticks outside their doors to support those impacted by the tragedy. Dawg Nation, a Denver-based non-profit dedicated to serving those in need in the hockey community, went to work on providing financial assistance. After raising almost $50,000 to support those affected by the crash, Dawg Nation will continue its efforts in another way on Nov. 23 in Magness Arena. During the first intermission of Friday’s Denver-Providence game, Ryan Straschnitzki and Jacob Wassermann, survivors of the Humboldt bus crash, will participate in a sled hockey game. Martin Richardson, Executive Director of Dawg Nation Hockey Foundation, spearheaded the event after hearing Straschnitzki mention during a television interview from his hospital bed that he planned to continue his playing career through sled hockey.

What a great story for the holiday weekend. Ryan and Jacob were survivors of the tragic bus crash last spring that left Humboldt and the greater hockey community absolutely heartbroken. For the first time since being paralyzed by the crash, Ryan Straschnitzki and Jacob Wassermann will take the ice together again. This time it’s during the first intermission of the game between the Denver Pioneers and Providence at Magness Arena. I’ve got chills just thinking about this event. These two guys are obviously brothers forever after enduring that trajedy, but now they simply get to be teammates again and that has to feel so good. I’ve got a special place in my heart for the Sled Hockey community. Those guys are UNBELIEVABLE athletes. Core strength like you wouldn’t believe. I’m so happy these two get to continue with hockey and who knows, maybe they’ll be teammates again in 4 years for Canada in the Paralympic Games.

This event was made possible by the good people at DU and an organization called “Dawg Nation”. Now, I had never heard of Dawg Nation before I started talking to people at DU about this event tonight. Really great organization. They’ve raised $50k for Humboldt so far and since 2011 they’ve raised $1.3M for hockey families in need. I assume that if you’re reading this that you’re a “hockey guy or girl”. If you’d like to donate to Dawg Nation to support a hockey related charity please click here for more information