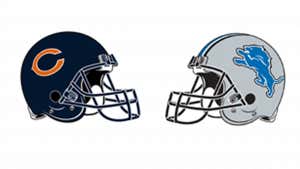 It is a Thanksgiving tradition, with the first game being played at Ford Field in Detroit. This year it is a division rivalry across the board, beginning with the Detroit Lions hosting the Chicago Bears. The Lions look to be retooling for next season with the trade of Golden Tate, while the Bears are sitting atop the NFC North, and are coming off a big Sunday Night win against the Vikings. However, Mitchell Trubisky is inactive, as the Bears are the first team to play on a Thursday, after playing on Sunday Night Football. This is a lot to overcome for Chicago. 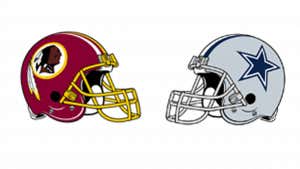 This should have been the main course if the triple helping of Thanksgiving Day games, as the Dallas Cowboys host the Washington Redskins with first place in the NFC East on the line. However, the Redskins suffered a devastating setback as quarterback Alex Smith in an eerie case a déjà vu broke his leg on the 33rd anniversary of Joe Theismann’s injury. The Cowboys meanwhile come home after two strong road wins and are playing their best football of the season. 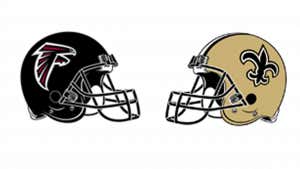 The most underrated rivalry in the NFL finally gets the spotlight it deserves as the New Orleans Saints host the Atlanta Falcons in the third and final game on Thanksgiving night. In their first meeting, the Saints got their season kicked into high gear as they rallied to beat the Falcons 43-37 in an overtime game in Atlanta. The Saints come in on a nine-game winning streak, breaking 40 in the last three games including against the Rams and Eagles. The Falcons have lost two straight and have been a major disappointment. It is hard to see Atlanta getting enough to steal one in the Superdome. 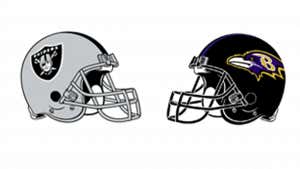 The Oakland Raiders earned their second win of the season last week as they beat the Cardinals on a last second field goal. The Baltimore Ravens meanwhile sit amongst a group of 5-5 teams that are battling for the six Wild Card spot. In last week’s game, Lamar Jackson made his first career start to lead Baltimore to a win over the Bengals. His passing numbers were not impressive, but he gave the Bengals nightmares with his ability to scramble. If he plays, again he should be able to do the same against the Raiders. If not Joe Flacco will cruise just the same. 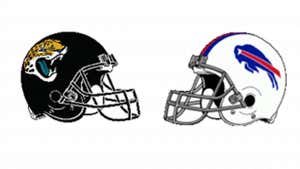 Coming off their bye week, the Buffalo Bills hope to have their stud rookie Josh Allen back under center. Loudmouth corner Jalen Ramsey has doubled down on calling Allen trash. Funny you would think he was describing the Jacksonville Jaguars quarterback Blake Bortles. The Jaguars who were a Super Bowl favorite have six straight losses and sit at 3-7 as Doug Marone has done the worst coaching job in NFL history. Like a cheap suit, Bortles has been the loose string that upon being pulled led the entire outfit to unravel. The Bills defense is solid they will make Bortles pay and get revenge for their Wild Card loss. 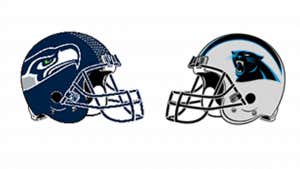 After two straight rough losses on the road, the Carolina Panthers hope that home is where healing takes place as they host the Seattle Seahawks while looking to get back on track. The Seahawks are coming off a solid Thursday Night win and can get back in the playoff race with a win. Russell Wilson has become the lone ranger for Seattle as he has carried this team to 5-5 and played some of the best football of his career. However, in road games like this, the Seahawks will need more to stop the more versatile Panthers offense. Look for Cam Newton and Christian McCaffery to have big games to get Carolina a key seventh win. 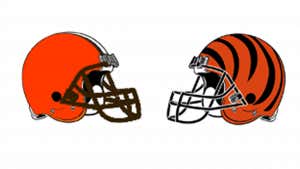 When we last saw the Cleveland Browns, they were celebrating an impressive win against the Falcons to improve to 3-6-1 on the season. It was the first win since Gregg Williams took over as interim coach. The Browns, former coach Hue Jackson now is a special assistant with the Cincinnati Bengals and will face his former team in a Thanksgiving weekend reunion. The Bengals have won the last seven games against the Browns. With their season on the line look for that trend to continue as Hue Jackson knowing the Browns weaknesses takes advantage. 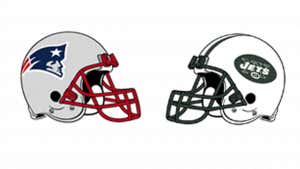 When we last saw the New York Jets, they were getting blown off the field at home by Matt Barkley and the Bills. The hope is that rookie quarterback Sam Darnold should be able to go after a two-week rest. Unless Darnold somehow grows into a Hall of Famer, it will not matter, as the Jets simply do not have the pieces to challenge the New England Patriots. Like the Jets, the Patriots were embarrassed in their most recent game. The only difference is giving Bill Belichick and Tom Brady two weeks to stew over a bad loss usually means bad things for the next opponent. 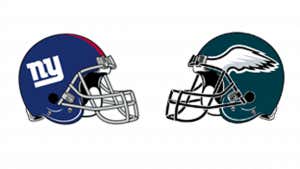 Call it delusions of grandeur, as fans of the New York Giants suddenly think they are back in the race, after two straight wins. Fact is the Giants beat a bad 49ers team and a terrible Buccaneers defense, and are still 3-7. Meanwhile a little south in the City of Brotherly Love fans of the Philadelphia Eagles are pissed at 4-6. Like the Super Bowl did not happen they want heads to roll, and are even turning against Carson Wentz. The Eagles though always bring their best when they play the Giants and that will be no different here as they wake up from their Super Bowl hangover and get somewhat back in the race in the NFC East, by winning a close one. 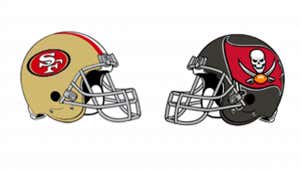 The ship be sinking. Those were the immortal words of Michael Ray Richardson when things began going badly for the Knicks nearly 40 years ago. Those words can best describe the situation with the Tampa Bay Buccaneers. Coach Dirk Koetter has change quarterbacks again going back to Jameis Winston after Ryan Fitzpatrick reminded everyone he is still Ryan Fitzpatrick. Such confusion is not good for anyone and it is clear there is going to be wholesale changes. However, this is the right move as Winston has six weeks to show he belongs. It starts against the San Francisco 49ers at home a team that anyone can get healthy when they play them. 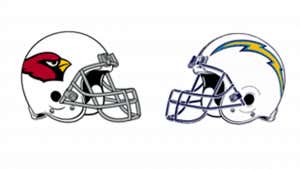 Every year there is a point in the season when the Los Angeles Chargers remind you who they are. That point came last week, when they suffered an inexcusable loss at home to the Broncos, as they repeatedly shot themselves in the foot with turnovers and penalties. The Arizona Cardinals also lost on a last-second field goal almost simultaneously to the Chargers. The difference is that the Cardinals are truly a terrible team. If the Chargers lose this one then its time to celebrate, another late-season fade because there is no excuse this time. The Chargers are a legitimate contender who needs to win this one easily, to get the bad taste of their loss to the Broncos out of their mouth. 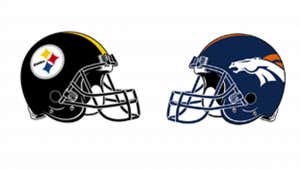 Last week the Pittsburgh Steelers became the Stealers as the stole a win in Jacksonville, rallying from down 16-0. The Denver Broncos meanwhile kept their faint playoff hopes with a last-second field goal to beat the Chargers. With six straight wins, the Steelers have found their groove and are playing with a quiet defiance now that they know Le’Veon Bell will not be coming back. James Conner has been terrific and Antonio Brown shows on a weekly basis why he is the best receiver in the league. Heading into Denver it is hard to bet against the Steelers recent momentum. 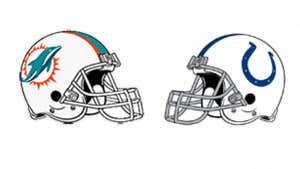 Andrew Luck is back and so are the Indianapolis Colts. After missing all of 2017, Luck has again shown he is one of the best quarterbacks in the league carrying the Colts to a 5-5 record that has them right in the thick of the playoff chase. The Miami Dolphins are also 5-5 and getting their quarterback back, as Ryan Tannehill will get the start after missing five games. The Dolphins are coming off a bye week and will need to get healthy to have a shot in this one, but the way Luck is going with seven straight games with three touchdown passes or more it’s hard to see Miami getting the win in Indianapolis. 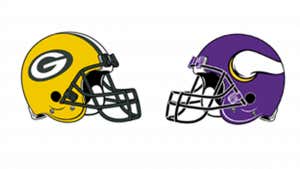 The whispers have become murmurs, and are getting louder by the minute, as words of a chilling between quarterback Aaron Rodgers and Coach Mike McCarthy have become tabloid fodder. The Minnesota Vikings have also had their problems and they find themselves playing on Sunday Night for the second straight week in what has become a game of survival, as the loser will likely see their playoff hopes die. The Vikings problems have largely been a tough slate of games; the Packers issues run much deeper and likely will end with an offseason of change in Green Bay. 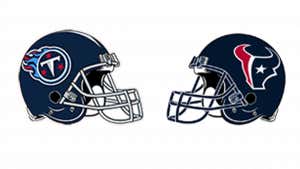 The Houston Texans are just finding a way to win each and every week, as they have won seven straight after starting 0-3. The Tennessee Titans meanwhile come in at 5-5, as they suffered a stunning loss in Indianapolis after beating the Patriots the previous week. This game presents itself as a must win as the Texans have built a two-game lead in the AFC South. The Titans though have some concerns as Marcus Mariota was shaken up last week. If they are to win in Houston, they need a healthy Mariota. Even if he can go I feel the Texans will just do enough again to get the win.