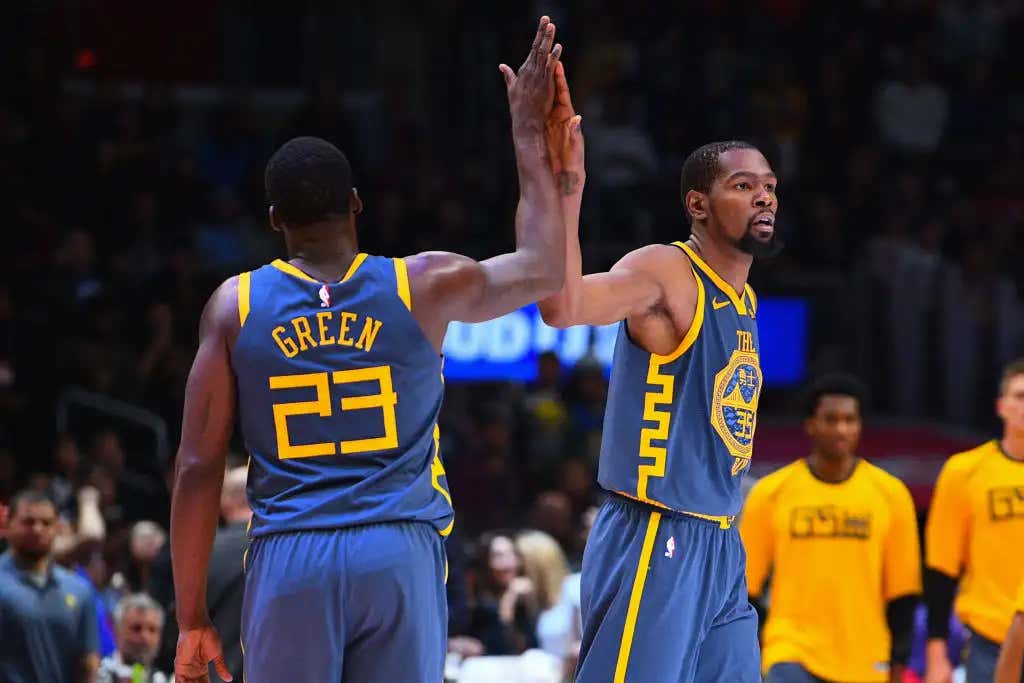 [Yahoo] – “Nah, [it won’t factor],” Durant told Yahoo Sports on Tuesday. “Because at the end of the day, I’m just a ballplayer that’s just trying to be in a great environment to play basketball and groom my skills every day. And I want to compete on a level that once the game starts, I’m just totally comfortable with my surroundings, with just going out there and being me.”

“I was upset, but I know that I can’t hold on to something like this,” Durant told Yahoo Sports. “I know that I’ve got to make a choice with myself, like how long are you going to be upset about this to the point where you’re going to let it affect what you do on the floor or how you approach the game? Once it gets there now, I got to make a grown-man decision and tell myself, ‘Look, man, no matter what, you still got to come to work every single day. It’s going to work out. It’s going to figure itself out.’ And I think everyone’s been handling it the best way they could and we’re just trying to move forward with it.”

There’s just 0% Durant is telling the truth here. This is something that you absolutely think about come free agency. I mean, think about it. The Warriors are trying to lock everyone up long term. They have Steph locked up. They are going to try to lock up these guys and keep the core in tact. So you make the decision that you want to play the rest of your prime and possible career with a guy like Draymond.

I still think Durant is out. It’s a complete guess, but I’ve talked about it a ton. There’s always been a weird relationship with him and Golden State. He’s talked about wanting to play for about 5 more years and it wouldn’t shock me if he goes somewhere else to do just that. He has his titles. Now he can go get individual awards elsewhere.