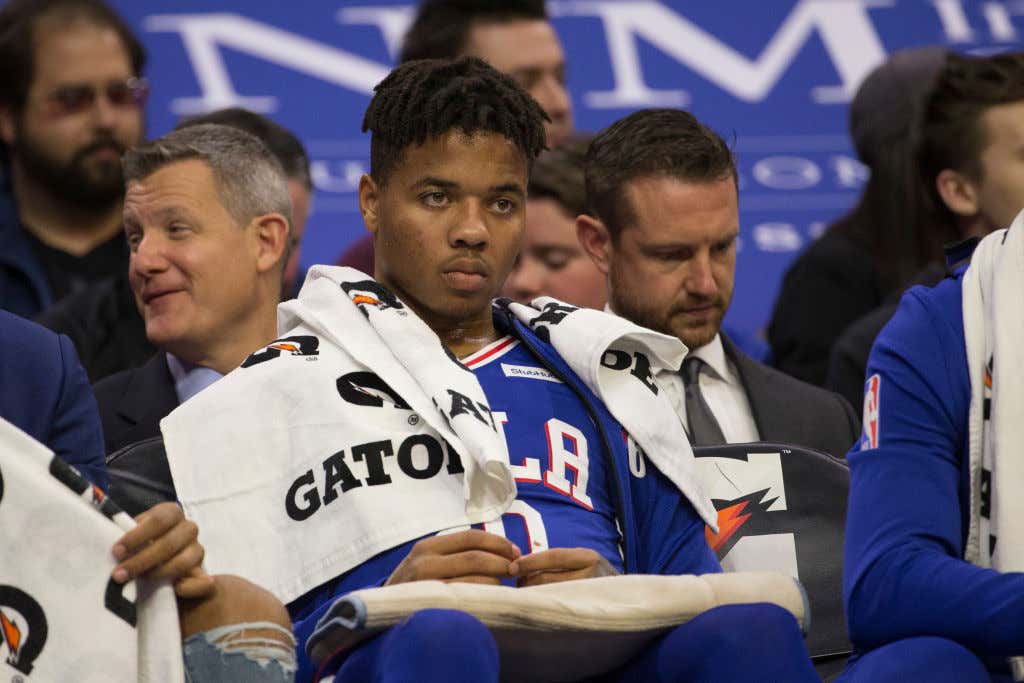 Life is a funny thing. We spend so much of it trying to convince ourselves that sports and fun and cool and good. But the reality of the situation is that sports are bad and we are all dumb for loving them. The sports news cycle in Philadelphia today is a perfect case in point. It all started off when it was reported that Markelle Fultz would be pulled away from the team for at least the next week or so as he goes to see a shoulder specialist.

Now this could actually be a good thing considering Markelle Fultz is a distraction at this point and having him away from the team could definitely be a benefit. The fact that this comes the day after TJ McConnell took Markelle’s minutes in the 2nd half leads me to believe that Markelle’s camp is being petty as shit right now and if that’s the case, then fine, get out of here. The only other thing I could think of is maybe Markelle was actually in that motorcycle accident that was rumored to be the cause of this entire shoulder situation in the first place, and now Markelle needs to get Raymond Brothers involved because the CBA bans players from riding motorcycles. Either way it’s just another bizarre twist in the most bizarre plot of The Process, and it seems like the twist is far from over.

Moving across the street from the Wells Fargo Center to the Linc, we had Eagles’ OC Mike Groh drop this quote today during his press conference.

Imagine there’s somebody who works at a cash register and they ring somebody up for $14.78. The person then hands them a $20 bill and their response is “it’s been challenging to find ways to figure out how much change to give this customer”. That person probably wouldn’t have a job as a cashier for much longer, now would they? The only job they have to do is hand the customer back $5.22 in change yet they are incapable of doing that. The Eagles traded for Golden Tate thus making the one job Mike Groh has to fit him into the offense, yet he is incapable of doing that. And not only is he incapable of doing that, but he just flat out admitted it to the world in front of the media. What an idiot.

And speaking of incompetent coaches, let’s just focus back on the Wells Fargo Center for a moment here.

There were 2 head coaches in the NHL who were fired today. Neither of them are named Dave Hakstol. But both of those coaches (Mike Yeo & Todd McLellan) were fired because those teams have a talented core group but the team is drastically underperforming. And both the Blues and Oilers decided to make a coaching change now before it’s too late. The Flyers are below .500 at home, they have the 2nd worst penalty kill in the league and have a bottom-10 powerplay. But the job security for the entire coaching staff is still intact.

So yeah. The Eagles season is all but over, the Sixers wasted a 1st overall pick, and the Flyers will remain painfully mediocre until they bring in a new coaching staff but the organization refuses to do so. Sports are, in fact, quite bad! But for some reason we still keep coming back for more.