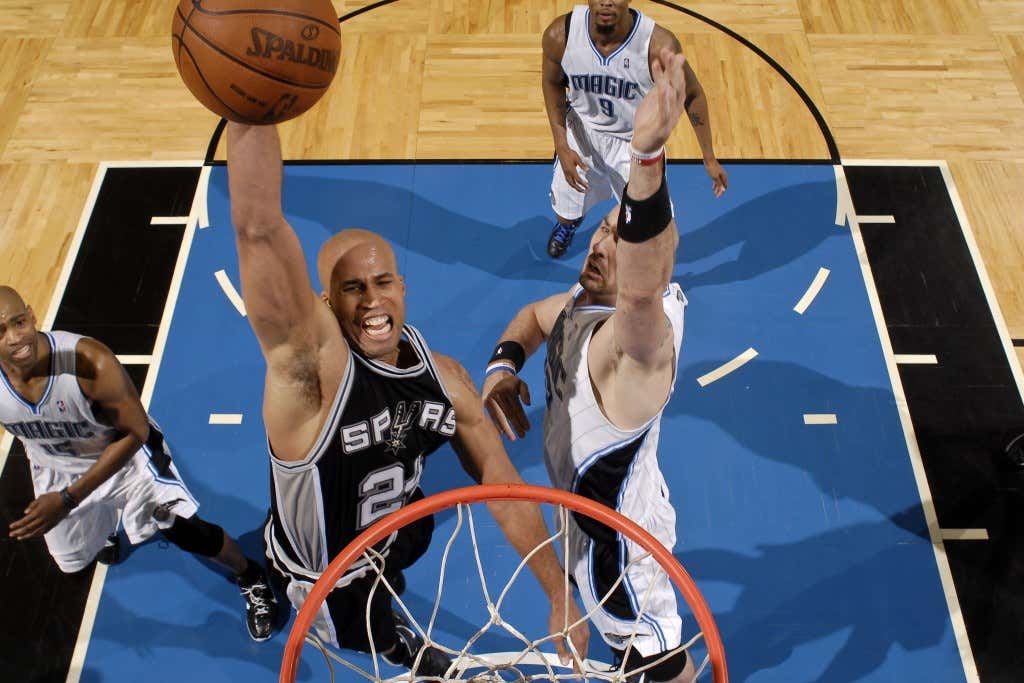 Richard Jefferson put out a pretty interesting read about his career from his perspective, and even though he won’t be entering the Hall Of Fame or anything like that, I would call his 18 year career in which he played 1,181 games and won a title a success. It’s unfortunate that Jefferson’s prime was before Twitter and social media, because his style of play was pretty much built to go viral. He talked about how what he’ll miss most about playing would be dunking on people, and given that there may be a large number of younger stoolies who didn’t really follow his career when he was one of the best dunkers in the league, I figured since it’s the day before Thanksgiving break, why not hit up the internet and bring those dunks back to life

Can you imagine how much fun it must have been to go to Nets games and see Vince Carter and Richard Jefferson on the same team? When you think of some of the great in game dunkers in NBA history, I’m not sure the name Richard Jefferson comes up all that often and that’s a damn shame. The dude was not afraid and he had some serious hops.

and even though it pains me to give props to a U of A player, I remember back in those early 2000s how terrified I was of him whenever the Celtics tried (and ultimately failed) to get past the Nets. I’m glad he got to play with a point guard like Kidd who knew how to get the most out of his skillset, and what I always was impressed with was Jefferson almost never got hurt and missed time. Hell even in his mid and late 30s he was playing 70+ games, that just goes to show you what an awesome athlete he was.

So I’ll have to agree with Jefferson here. As much as he might miss dunking on players, as someone who loved to watch him do it, I too miss that part of NBA history.