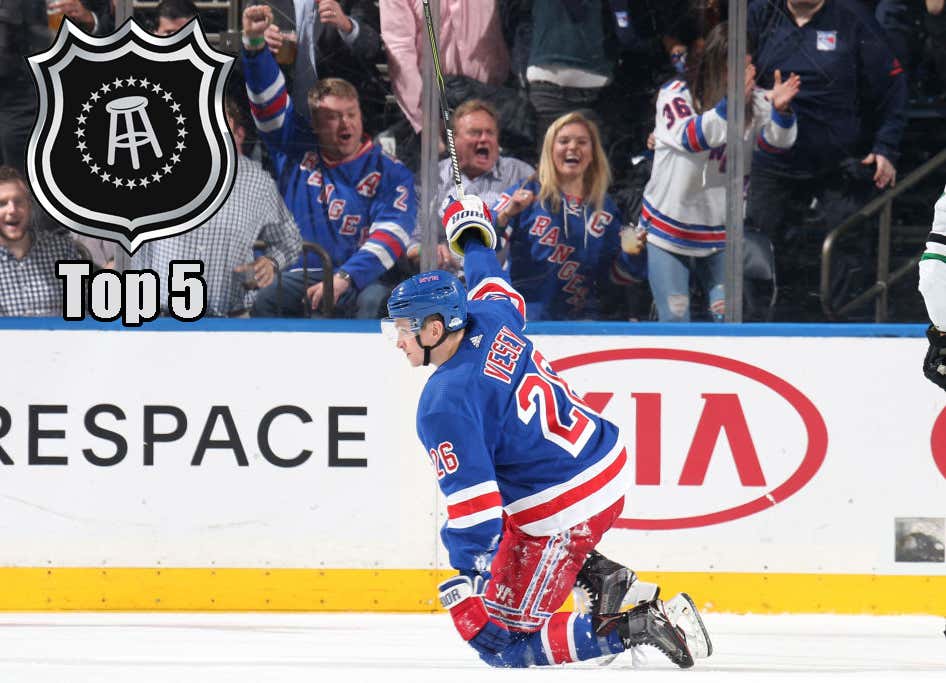 A lot of people are going to be tuggin’ their meat to that Monday Night Football game from last night. But what a lot of people may have missed was the fact that there were 9 pretty solid games going on in the NHL last night, and 5 of those games had a goal total of either 9 or higher. So if it’s electrifying offenses and absolute dog shit defenses that sports fans are looking for, well then look no further than the National Hockey League. We had Mike Hoffman making his triumphant return to Ottawa. We had a potential Stanley Cup Final showdown between the Preds and the Lightning even though Tampa sucks ass without Vasilevskiy in net so last night didn’t really count. We had Mike Yeo get fired after the Blues lost to the Kings, the worst team in the league who already fired their coach this season. We had Laine vs Pettersson in a battle for One-T Supremacy. There was a lot going on and it would be a real shame if people missed it all because of some silly little football match in a league that doesn’t matter anymore now that the Eagles suck. So with that all being said, let’s get right to the top 5 goals from the night.

5. Casey Mittelstadt Was The Best University of Minnesota Alum On The Ice Last Night In Pittsburgh

Listen. I hate to do it to my guy Phil Kessel like that but the facts are facts. The Pittsburgh Penguins got out to a 4-1 lead just 5 minutes into the 2nd period last night. The Penguins have been underperforming all season long so I’m sure they were pretty happy to have themselves a cupcake game against Buffalo last night. Get up 4-1 just 25 minutes into the game and coast the rest of the way to a win, right? Wrong. Dead wrong. Because after getting 4 of the first 5 goals of the game, the Penguins would go on to give up 4 straight. Bogosian and Casey Nelson made it a 1-goal game before the 3rd period and then 11 minutes into the final period, Mittelstadt unleashed some Casey-on-Casey crime by sniping Casey DeSmith to death.

Buddy. Do you know who that is? That’s Casey fuckin’ Mittelstadt. Have you never seen him play before? In what world does Casey Mittelstadt have all that time and room to step into a shot and he doesn’t immediately send it upstairs? The fact that Casey DeSmith wasn’t just standing there covering up the entire top shelf of the net leads me to believe he didn’t watch an ounce of film before this game. Mittelstadt goes top bunk to tie the game and then in overtime, it was another good ol’ American boy Jack Eichel for the win.

4. When Kyle Connor Isn’t Playing In The NHL, His Side Job Is As A Professional Roofer

Speaking of some free roof jobs, Kyle Connor put a roof over top of Jacob Markstrom’s head last night free of charge. This game featured a Patrik Laine hat trick and an absolute missile launcher of a PPG from Elias Pettersson. But it was still Kyle Connor with the goal of the night after stuffing this puck on an elevator and sending it to the highest floor from almost no angle.

Great play by Scheifele to kick that puck out to Connor. And while FOUR (4) Vancouver Canucks are all puck watching and have their eyes locked on Scheifele, nobody picks up Kyle Connor going to the rack. I’m not sure how the Canucks can blame that loss on Fortnite but I’m sure they’ll try to find a way to do it anyway. Fucking losers.

3. Tyler Ennis Is A Bully Who Won’t Share The Puck With The Other Team. Shameful!

Sooooo yeah William Nylander is making a massive, massive mistake right now. Because if he thinks for one second that the Toronto Maple Leafs miss him out there, he is sorely mistaken. Because when your 4th line left wing is putting home goals like this…

…you don’t need to spend $8M on another winger. Now my favorite thing about this goal is that the two guys who Ennis abuses the most here are David Savard and Brandon Dubinsky. He easily avoids Savard’s dive and poke check, then he puts Dubinsky through the ringer behind the net. And when he finally comes back out to stuff this puck in the back of the net, he uses Savard and Dubinsky as a screen. Bobrovsky can’t pick that shot up for shit, and it’s because the two guys who just got put on a rope by Tyler Ennis are in his way. Little insult to injury right there and the only person who hates to see that more than Columbus is Willy Nylander.

2. Tom Wilson Must Have Concussed Himself Into Playing Like An Actual Hockey Player For Once

Alright so I hate this shit and I’m going to keep this one relatively quick. Tom Wilson sucks at hockey. I mean he’s good enough to make it to the NHL but relatively speaking, he sucks at hockey. But I guess when you play with guys like Ovechkin and Backstrom and Kuznetsov and Oshie every single day at practice, eventually you pick up a few things from seeing those guys work all the time. So somehow, some way, Tom Wilson learned how to pass last night and this was pretty slick.

I hate giving that trash bag any credit but I’m a journalist, and I have this thing called journalistic integrity. What that means is that regardless of how much an event may or may not displease me, it is still my duty as a journalist to provide you all with the facts. And the fact of the matter here is that this pass from Tom Wilson was probably the 2nd best play from the NHL last night. Second only to….

I had no idea anybody could be that gritty coming out of Harvard. But that’s a greasy, greasy goal from Jimmy Vesey. Not only does he win the battle in front of the net against that ogre Roman Polak, but he’s then able to keep his eye on the puck and get just enough on his backhand while he’s falling down to tuck that one past Ben Bishop. Little bit of a lucky goal considering he caught Bishop in the middle of his push off. Obviously could have been a lot sexier if he was able to get some air on that one and go top shelf. But still. Falling over, no-look backhand in the back of the net? There are very few nights where that’s not worthy of the #1 goal.