Every few days (for other women here it’s much more often) a lone “sup” slides into my DMs with the smoothness of large, sweaty thighs in short-shorts on a bone-dry metal sliding board.

Here at Barstool we don’t sup-shame but I’ve gotta admit I have questions.

If there’s no context or follow up words, if your username is a pseudonym like ‘@BonerJamz420′ & the avatar is an obscure mascot cartoon, if I have no clue what your intentions are… what are you expecting? I assume any somewhat sane “sup” sender (say that 5 times fast) knows the message likely won’t even be opened let alone responded to, so what’s the point? Is there a small ping of excitement when they hit ‘send’? It it just for shits & giggles?

Trying to jump in their shoes I imagine myself at a networking event. I see someone interesting to me within my peer group so I walk over, acknowledge them, & say, “Hi”. And that’s it – nothing else. Now I’m just hanging there in their space without any other introduction. Just silence floating in the air. Wouldn’t that thoroughly weird the other person out? 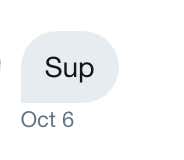 As usual I went around the office digging for personal experience & asked some of the ladies whether they also get them & if they’d ever answer back:

Kayce: I get an inbox full of “sups” every day. I think they don’t have anything more creative to say? Either way, I’m never going to answer.

Sophia: Yes, I get “sups”. I think they can’t think up anything else to say? I’ve never answered one.

And then this former Rough & Rowdy contender made a solid point. Perhaps there could be exceptions to ignoring these…

To keep it even I also asked some of the guys if they’ve ever ‘supped’ someone:

Fiets: I don’t DM women at all because I’m scared of them.

Smitty: On Bumble I used to send a seal gif that said, “sup”… And honestly, it worked. Also let me clarify that was a long, long time ago.

Francis: (Wasn’t here today but I was told he’d go borderline “sup” with models & then boldly ask them to a boxing class or something?)

Nate: I would never do that but I think guys do it ironically. It’s the joke way. If you actually wanted to talk to a girl you wouldn’t just send that. They don’t have a game plan.

Riggs: Ironically I would if we were joking around. It’s kind of a Barstool thing, but you have to send out more than that if you want a response out of it. 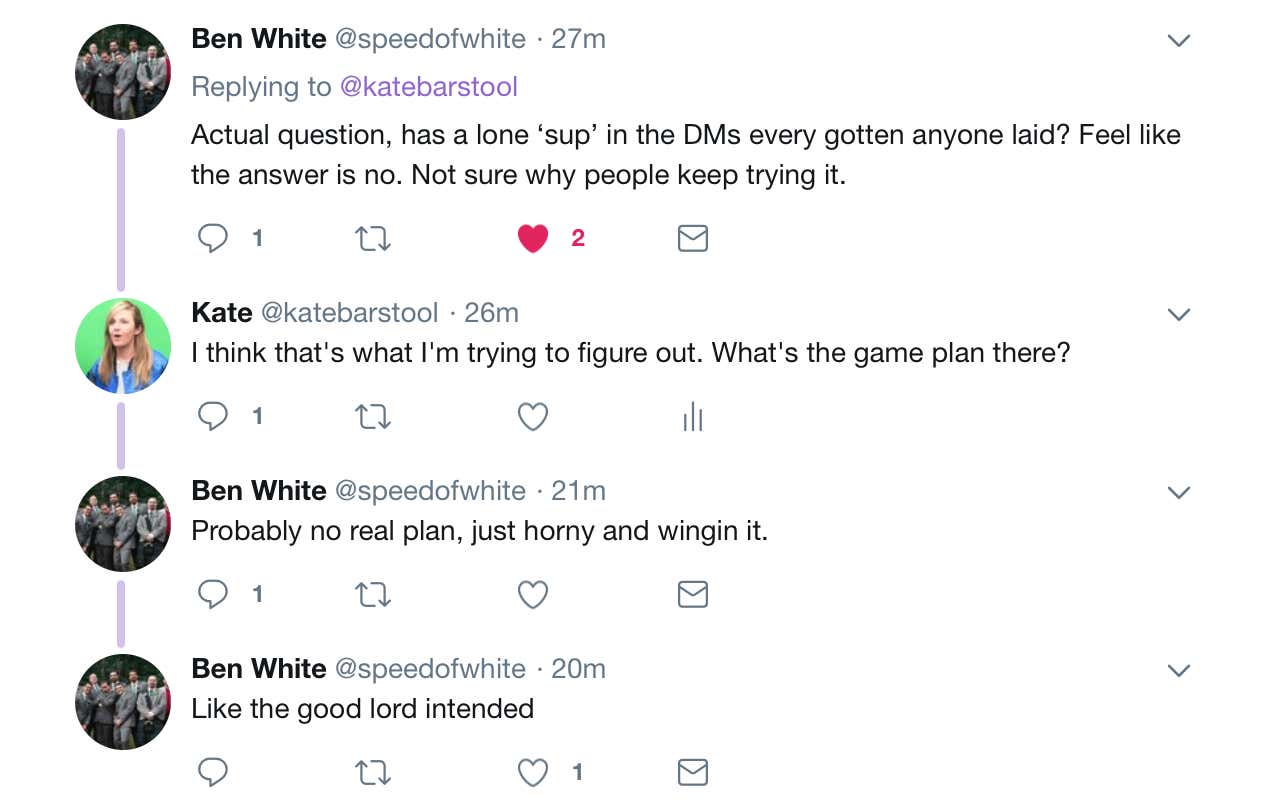