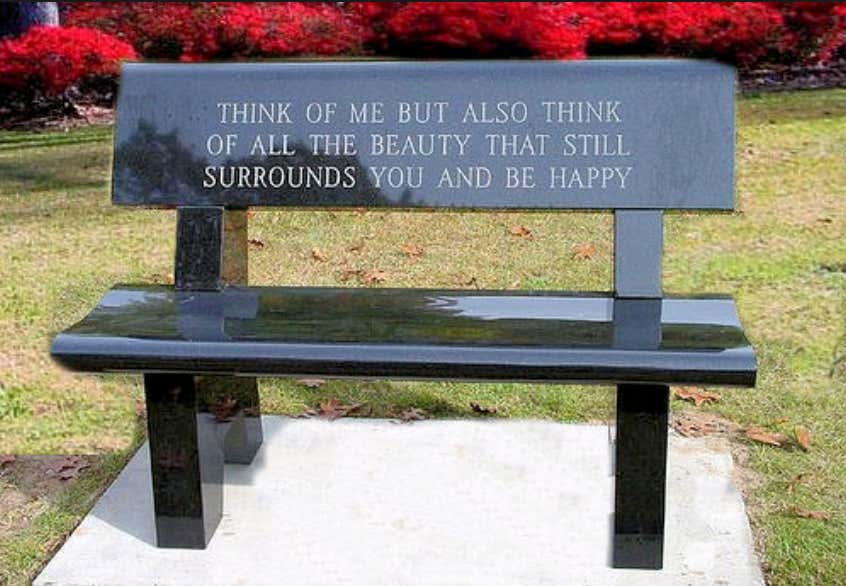 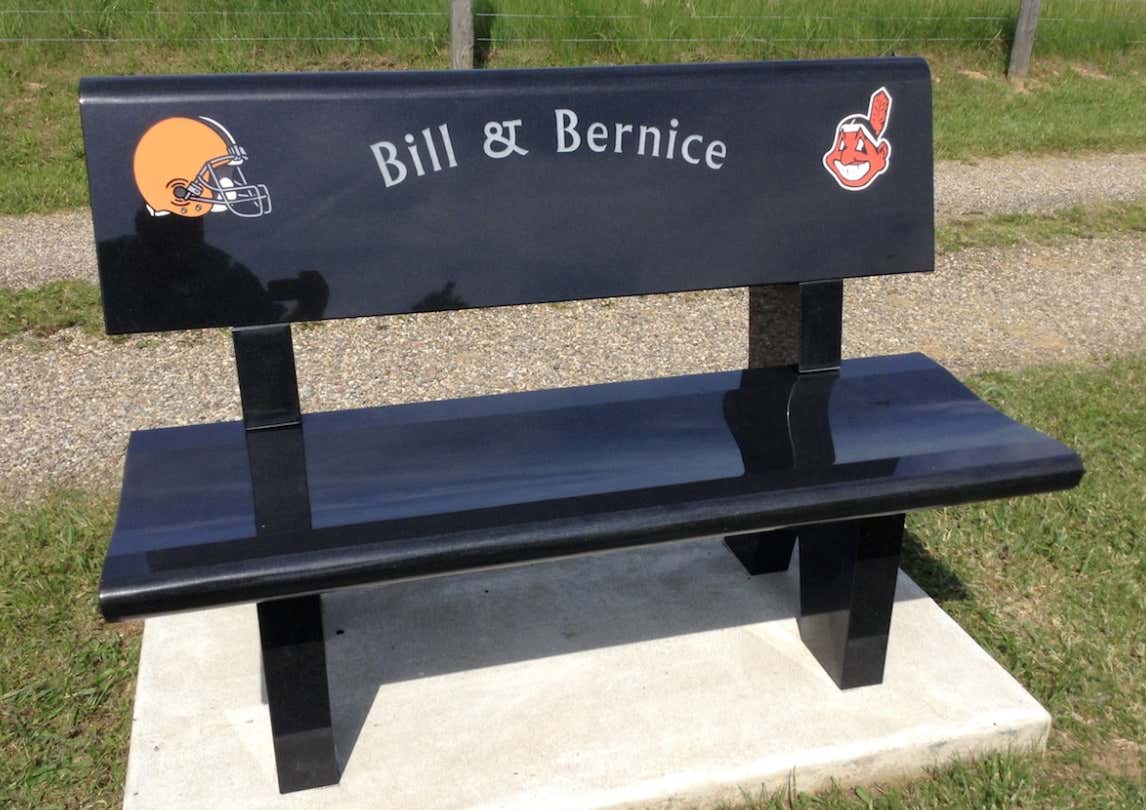 Odds are good if you walk through a park, on a boardwalk, or stroll in a public garden you’ll see a memorial bench… They commemorate a loved one who has passed on & the wood, stone or metal furniture usually rests in an area meaningful to the person being remembered. For Bill & Bernice it’s probably a nice ‘lil pond outside Cleveland. For Saddam Hussein that place is, uh… East London?

According to the Independent UK:

A dedication to a brutal oppressor who ruled Iraq with violence and fear for 30 years has been placed on a bench in the middle of a busy high street in east London, saying “In loving memory of… Saddam Hussein, 1937 – 2006.”

The bronze plaque, which has come to the attention of residents in Wanstead, has caused considerable outrage – which was likely exactly the point.

Whoever fixed the metal memorial to the public spot even appears to have used special anti-theft screws, which cannot be easily removed using normal tools – meaning that the eulogy to one of history’s most brutal tyrants might be in place for the foreseeable future.

It’s a little strange because he wasn’t exactly the loveliest fella.

Saddam’s regime resulted in the deaths of at least 250,000 Iraqis and committed war crimes in Iran, Kuwait, and Saudi Arabia. Adding to his charm, Human Rights Watch and Amnesty International issued regular reports of widespread imprisonment and torture under his reign. In 2003 he was found by U.S. forces in a dirt hole on a farm outside Tikrit & was hanged in December 2006.

Slight rewind to the 1980s where Britain (ok, ok… and the USA) backed Saddam in the war against Iran. According to Globalpolicy.Org Britain supplied Iraq with arms, dolla bills, intel, and even chemical & bio-weapon precursors. Hindsight’s 20/20 though, right? Eh?

I’m not sure if that connection between Britain & Saddam has anything to do with this bench, but the only thing I could think of was an artist trolling with that information? Is Banksy going off the rails? Either that or there’s another Saddam out there with the same birth & death dates who loved hanging out in London. I’m sure that’s it.