With Adam Schefter breaking the news ytserday morning that Condoleeza Rice was under consideration to become the next head coach of the Cleveland Browns, many people lost there minds depsite the obvious positives to getting more members of the Bush admin involved in our everyday lives again, especially in coaching football. Secretary Rice would make for a intresting choice for the Browns, given that when she sees the starting QBs name is Baker she might accuse him of enriching yellow cake uranium and launch a tomahawk cruise missile into his engagement party. She repsonded quickly denying her interest but also in passing along her advice for the next coach. For one, Condi indicated she was oppose to prevent defense, instead opting for preemptive defense where she sends a team of quality control consultants to Baltimore a week before they play the Ravens to beat the shit out of Alex Collins.

Of course Saudi Crown Prince Mohammad Bin Salman woud hold a special place in Belichicks part for his abilty to deal with the press, but it got me thinking which actual memebers of the Bush admin would make for the best NFL head coaches. 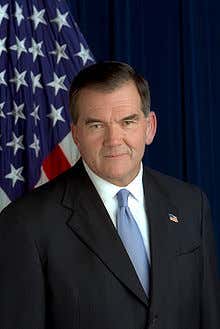 This guy practicaly jumps out of the screen and screams “Interim head coach of the Cincinatti Bengals.” No doubt in my mind he woud be the type of head coach who goes 7-9 every year with two losses to the Steelers because they were his favorite team growing up. He was given a expansion team in 2001 as the very first head of the department of Homeland Securty so there were literaly no expectations on him for the first several years besides faciltating communcations between two lackluster departments of intelligence like the Panthers did with North and South Carolinas. 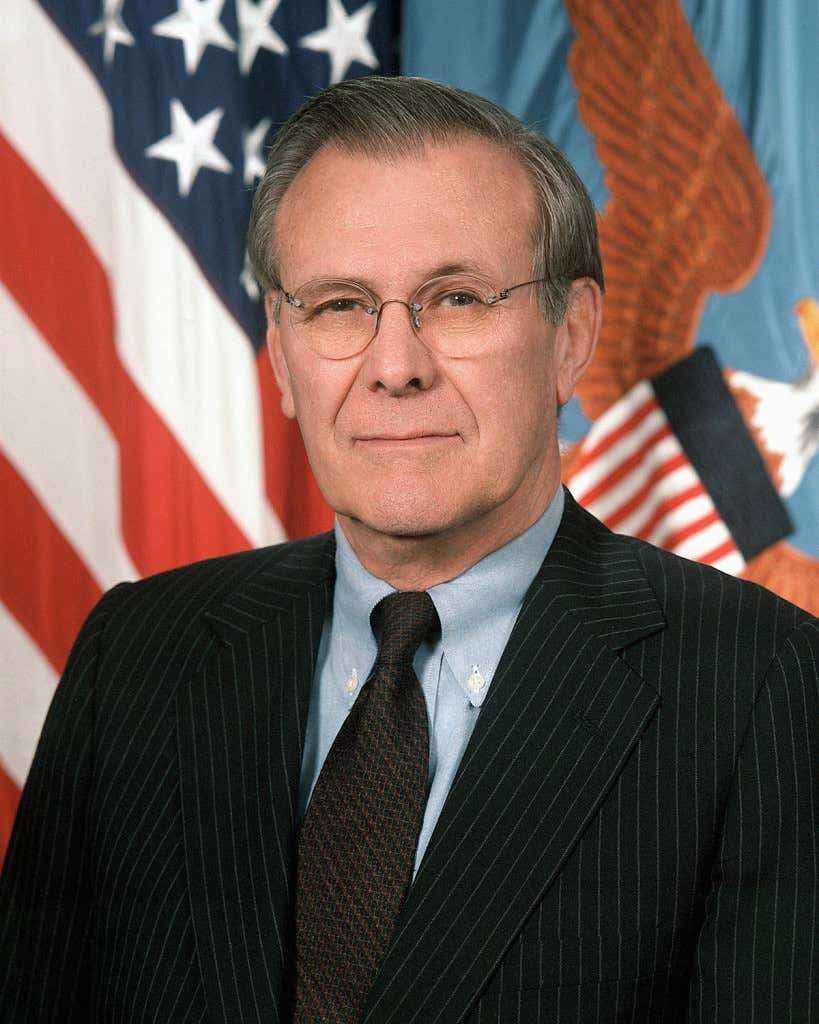 This is a no-brainer. Rumsfeld is a Jeff Fisher type. A guy whose been around for so long that he knows everyone in the NFL so your essentially hiring his rolodex. Famous for circulating paper memos he called snowflakes (much to Mike Gundys chagrin) demanding to get to the bottom of any problem as quickly as possble with the caveat that he would be neglecting any advancements in modern technology, Rumsfelds biggest career victory was retaining his job because theres no one better to get you out of the mess your in then the guy who got you there.

Rummy famously warned about the dangers of the “known knowns”, the “known unknowns”, and the “unknown unknowns”, with the unknown unknowns being the worst of the lot. If that isnt some coach speak then I dont know what is. This is like if “the standard is the standard” took a freshman-level philosophy course. Lots of experience in the Ford adminstration as well so has the connection to the Lions in place. Also by renaming opposing players as “enemy combatants” you get get around tampering laws and circumvent the CBA.

Weakness: Difficulty beating teams he helped assemble in the past so dont count on him to win a revenge game 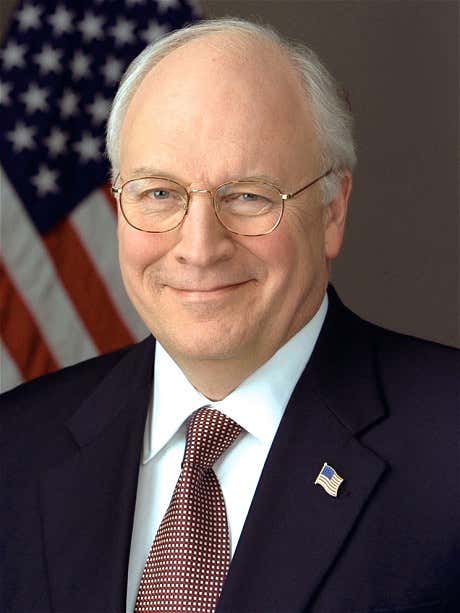 Healthier then Urban Meyer, and has a better track record winning in Alabama then he does. Seems allmost more in line to be a owner in the Jerry Jones mold, calling the shots for a Cowboy behind the scenes. Would take over all facets of teams nutrition needs by outsourcing meals to Halliburton and employing one-year mercenarys instead of relying on the draft. Troubling past with shotgun offenses. 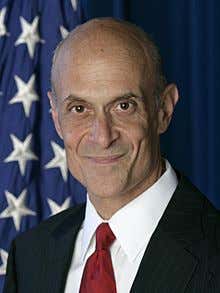 Wrote the Patriot act authorizing massive expansion of surveillence of United States citizens- would be sweet revenge for the Browns who have been trying to fill that void ever since they let Belichick get away. Hes got kind of a Marc Trestman meets Adam Silver look to him and if all else fails could just grow a goatee and get hired by Pete Caroll to run the defense 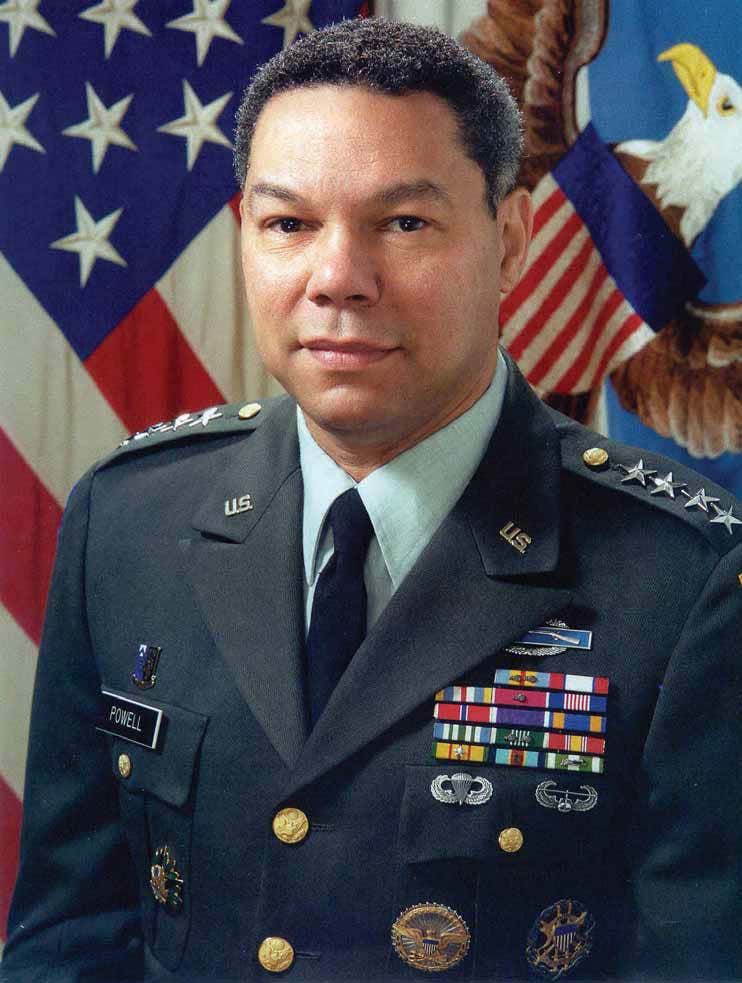 Could just imagine him as Colts head coach sitting down in a install meeting against the Broncos presenting his findings on the dangers of the metal tubes used to assault Chad Kelly, and warning about the immenent threats posed by Terrell Davis, saying “We know they have John Elway because we gave him to them 30 years ago.”

If your looking to secure the number one pick you coud do worse then a guy who has tons of experence tanking. 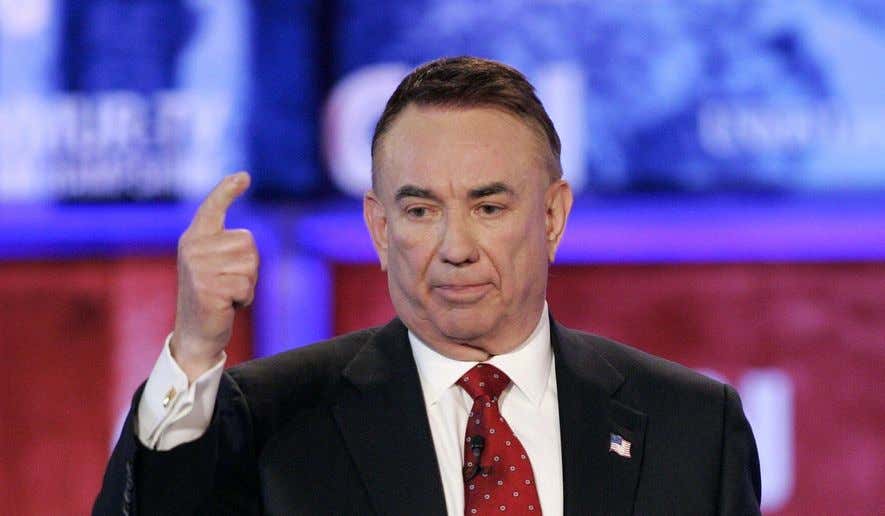 Great coach name. Wisconsin guy who looks like Mike McCarthy in a extenze commercial played by Tom Hanks. Helped to run Amtrak for a while so is allready intimately familiar with Peter King given there lengthy email correspondence about the inconsistent nature of which non-dairy creamers were kept in stock in the dining cars.

Hes a big opponet of abortion, so he could even be a force on the comptition commitee ironing out the fact that reception occurrs when the ball implants in the hand irregardless of if possession is maintained or a football move is made. 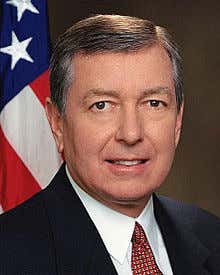 Looks like someone pasted googly eyes on Charlie Casserly. He lost a election to a dead guy so he knows what Jon Habaugh dealt with when Big Ben came back to beat him. This is a guy you need on your side around the combine as his enhance interrgation techniques could get first rd picks to reveal wether there mothers were prostututes. Has a Justin Tucker-type voice which is great for charming reporters and for a Hard Knocks epsode where he sneaks off to a karaoke bar to nail a rendition of Bombs Over Baghdad. 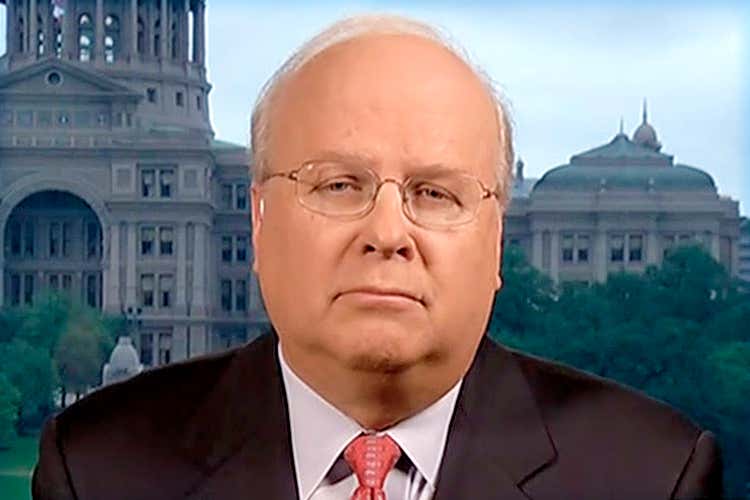 Karl gives off a major Nick Saban as Dolphins Head Coach vibe. Hates the press, dosent ever say anything meaningfull, in the 2000 South Carolina primary threw a guy with a arm injury under the bus when things didnt look like they were going his way. Karls got that quiet confidence of a guy whose given up on looking presentable so hes free to focus on making everyone else look as bad as he does kind of like the New York Jets playing spoiler.