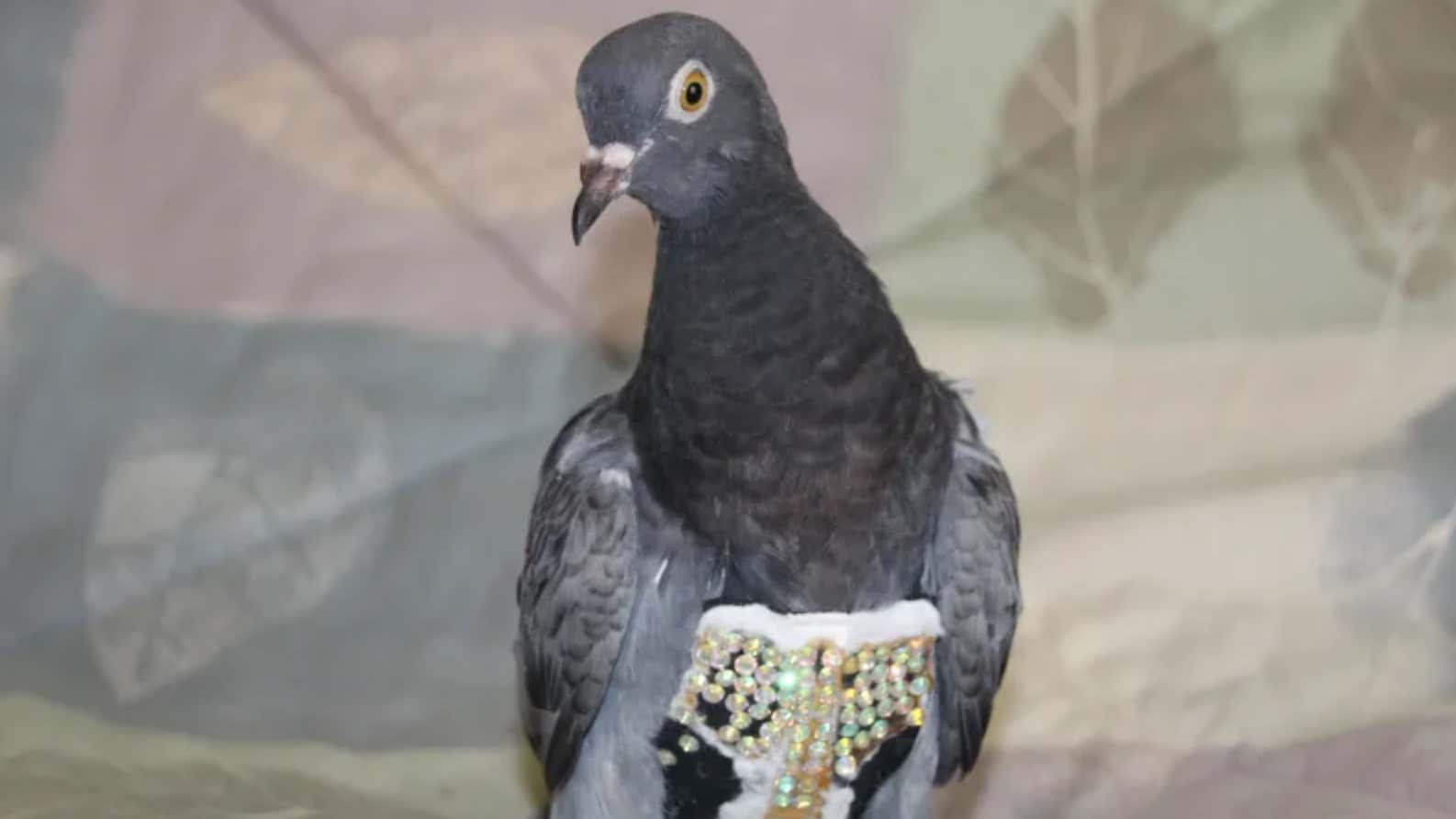 Gizmodo- The Hot Duck has arrested our attention for weeks now, but there’s a new bird captivating the internet this week: the Bedazzled Pigeon. And this bird with flair is already in high demand. Jody Kieran, the owner of the Arizona-based bird rescue and rehabilitation center Fallen Feathers, tells Gizmodo that the male pigeon came into her care last Sunday after someone in her community contacted her about a bird outside of their home with something odd on it. Kieran told the caller to catch the bird and bring it on over. When they showed up with “the pigeon wearing the thing,” Kieran said she wasn’t sure what to expect. “I said, ‘Okay we’ve got to see this.’ I kind of rolled my eyes.” she says. “I open it up, and there he is, wearing a flight suit.” Flight suits are used to capture bird poop while the bird is out of its cage. They’re basically bird diapers, but more stylish, as is evident by this pigeon’s rhinestone-adorned vest. And assuming it didn’t bedazzle its own flight suit, it’s clear it belonged to someone who probably cared about it.

You know who would own and operate a bedazzled bird diaper? Andy from 40-Year-Old Virgin

If I had to guess, I’d say this diaper-wearing pigeon never gets claimed. The owner of the pigeon has to weigh the pros and cons of claiming a bedazzled diaper-wearing pigeon. The single pro is that the owner gets their pigeon back and their money and effort on raising the pigeon weren’t for nothing. The con is that people will then know that this person bedazzled a bird diaper and put it on their pet pigeon. You can’t have that reputation. You just can’t. Yeah it’s sad that the person loses their pigeon friend but that’s better than being known publicly as the man or woman who dresses up their pet pigeon in a bedazzled diaper. Any reputation is better than that.