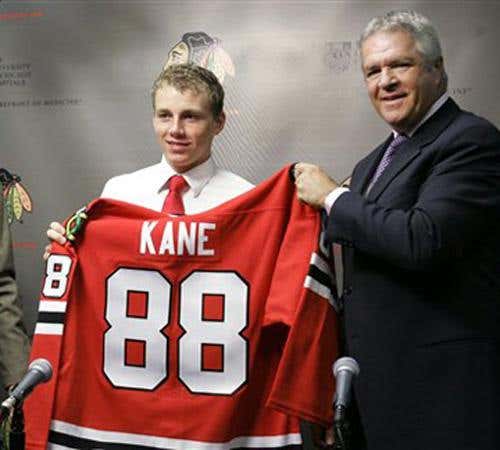 This seems like an instant ago,but there’s a thousand memories in between. From a pure entertainment value perspective I wouldn’t trade the last 10 years of being a fan of Patrick Kane for any player in the league. He’s worth your time, your money, and attention. The guy has been spectacular and he shows up every night ready to play the right way. That picture above with Dale was a kid who weighed like 160lbs and people were saying he was going to be nothing more than a power-play specialist. Fast forward 12 years and he’s own 3 Stanley Cup rings, a Conn Smythe, and a Hart Trophy. AND….he keeps getting better. He’s better today than he ever was. He’s still top 10 in points this year and he’d probably have multiple scoring titles had Stan Bowman not traded away his soulmate. Kaner was great again last night with two assists and led the team to victory in a divisional matchup. THAT is what he has to do. He has to drag the team to wins and there’s still nobody I’d rather watch.