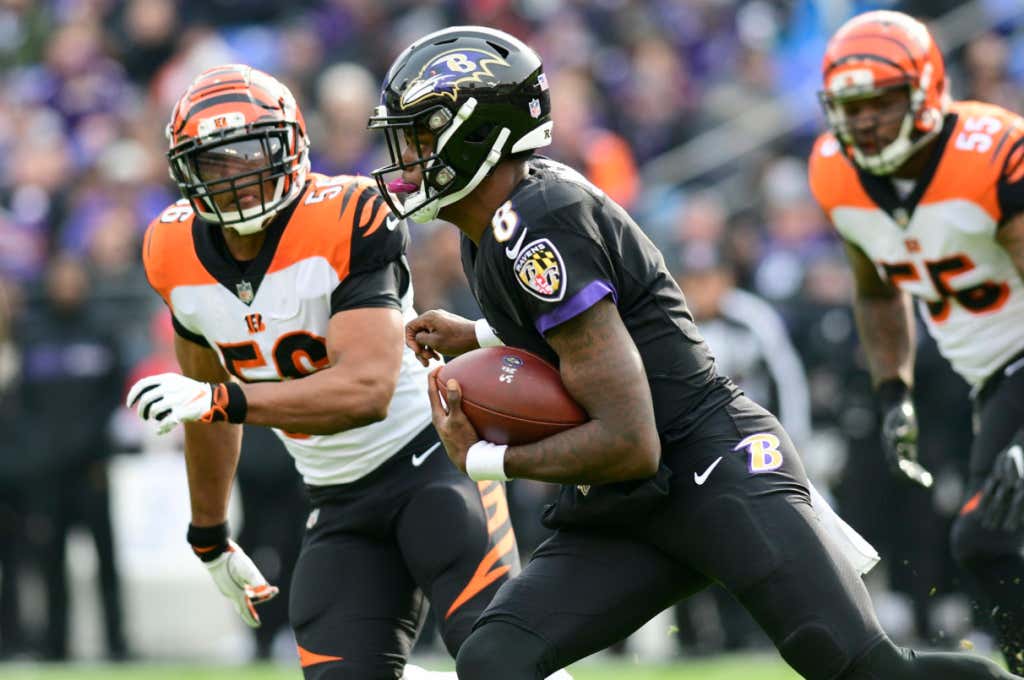 What a win. That was one that the Ravens needed badly. Not just for the sake of the standings and the fact that losing this game would effectively end their season. They needed that for their overall psyche. 4th and 12 has been looming over their heads for 11 months. It’s weighed on the defense and you can tell how much it meant to them to finally get a stop when the team needed one. They’ve started to earn a label as a defense that can’t close, and this can start to turn around the narrative. They’re a great defense, but it’s tough to be regarded as such when you’re constantly letting your team down when they need you most. It really felt like it was going to be more of the same today, but Marlon Humphrey came up huge on 4th and 3.

Obviously the big story here is Lamar Jackson. We knew the Bengals defense was suspect at best, and that we were going to see a healthy dose of RPO. Double digit carries was more than likely going to happen, but never did I imagine Lamar was going to carry it 27 times. That’s literally the most carries a QB has ever had in the Super Bowl era, and it’s only the first start of his career. While you generally don’t want to put your QB in harm’s way that many times in a game, there was no room for caution on that today. They needed to win by whatever means necessary and they were having success on the ground, so why stop? He looked somewhat shaky throwing the football and they really didn’t dial up much downfield, so you have to question how sustainable this is, both in the short and long term. But for now, it’ll do.

There’s plenty of questions still unanswered regarding the Ravens and their QB situation, but those questions can wait to be asked another day. I’m just glad to get a win and keep the season going. 5-5 and what should be an easy game at home against Oakland next week. Beat them and then we’ll see what the Ravens are really made of in Atlanta and Kansas City. Onward!