Source - I have been informed by friends of the family that William Goldman died last night. He was 87. Goldman, who twice won screenwriting Oscars for All The President’s Men and Butch Cassidy and the Sundance Kid, passed away last night in his Manhattan home, surrounded by family and friends. …

While his greatest hits were the indelible pairing of Robert Redford with Paul Newman in the George Roy Hill-directed Butch Cassidy and the Sundance Kid, and Redford and Dustin Hoffman in the Alan Pakula-directed toppling of President Richard Nixon drama All The President’s Men, he wrote the scripts for many other great movies. The list includes the Hoffman-starrer Marathon Man (Goldman also wrote the novel, which made dentist visits even more undesirable),as well as The Princess Bride, The Stepford Wives, The Great Waldo Pepper, A Bridge Too Far, Chaplin and Misery. He also did a lot of behind the scenes script doctoring without taking a screen credit, as on films that included A Few Good Men and Indecent Proposal.

I have to confess, I was not aware of who William Goldman was and that he was responsible for a body of work like that. And honestly I’m embarrassed about it. As a guy who watches a lot of movies, YouTube videos about movies, listens to movie podcasts and doesn’t go a couple of days without reading reviews on Rotten Tomatoes, I should have been aware of a guy with a resume that impressive. Not to mention, you peruse his IMDB page and you find titles like the underrated The Ghost and the Darkness, with Val Kilmer and Michael Douglas in a true story about two lions who began attacking people in Africa. A forgotten but really good Burt Reynolds vehicle, Heat. And Magic, with Anthony Hopkins as a psycho ventriloquist that produced the creepiest, most disturbing trailer of all time:

I can’t even bring myself to click “Play” on that. Do it yourself if you must. But consider yourself warned.

I’m impressed any time a writer is able to conjure up concepts, characters and dialogue in their head that have universal appeal, even if it’s just one time. Or if they take the same characters and are able to write about them several times, like JK Rowling. But to be able to do it every genre you can imagine, from Westerns to horror, spy thrillers to war films? That’s a level of genius I can’t relate to, only admire in awe.

Yet the William Goldman work that most deserves to be celebrated is without a doubt The Princess Bride. I put that one in a category practically all by itself in that you can honestly call it the perfect movie. Perfect in that there is nobody who doesn’t love it. It works on every level. As a Guy Movie. A Chick Flick. A Family Film. You can watch it with your roommate, your date, your grandparents, your kids or a mixed bag of people at a party and not one of them is going to say it’s not for them.

About the only other movie I think of you could say that about is Back to the Future. And like that one, Princess Bride is funny. It’s got serious action scenes. It does the romance thing as well as any film ever has. It’s endlessly quotable. It’s the rarest of all forms of entertainment in that you can honestly say that it’s fun for the whole family. And it sprung from the same guy who made Butch & Sundance and a dozen other all time classics. RIP to a true creative genius.

P.S. I’ve been working on this list in my head that I’ll finish someday. It’s “The Top 10 Hottest Actresses in G-Rated, Completely Non-Sexual Roles.” And the first entry will be Robin Wright as Princess Buttercup. Just melt-your-face gorgeous in this one. 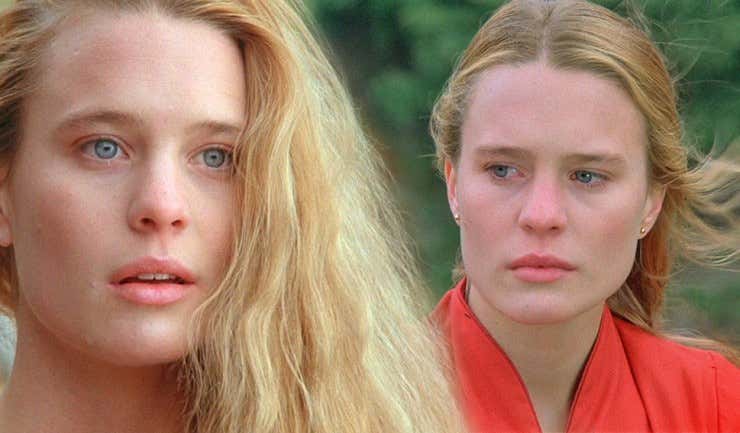