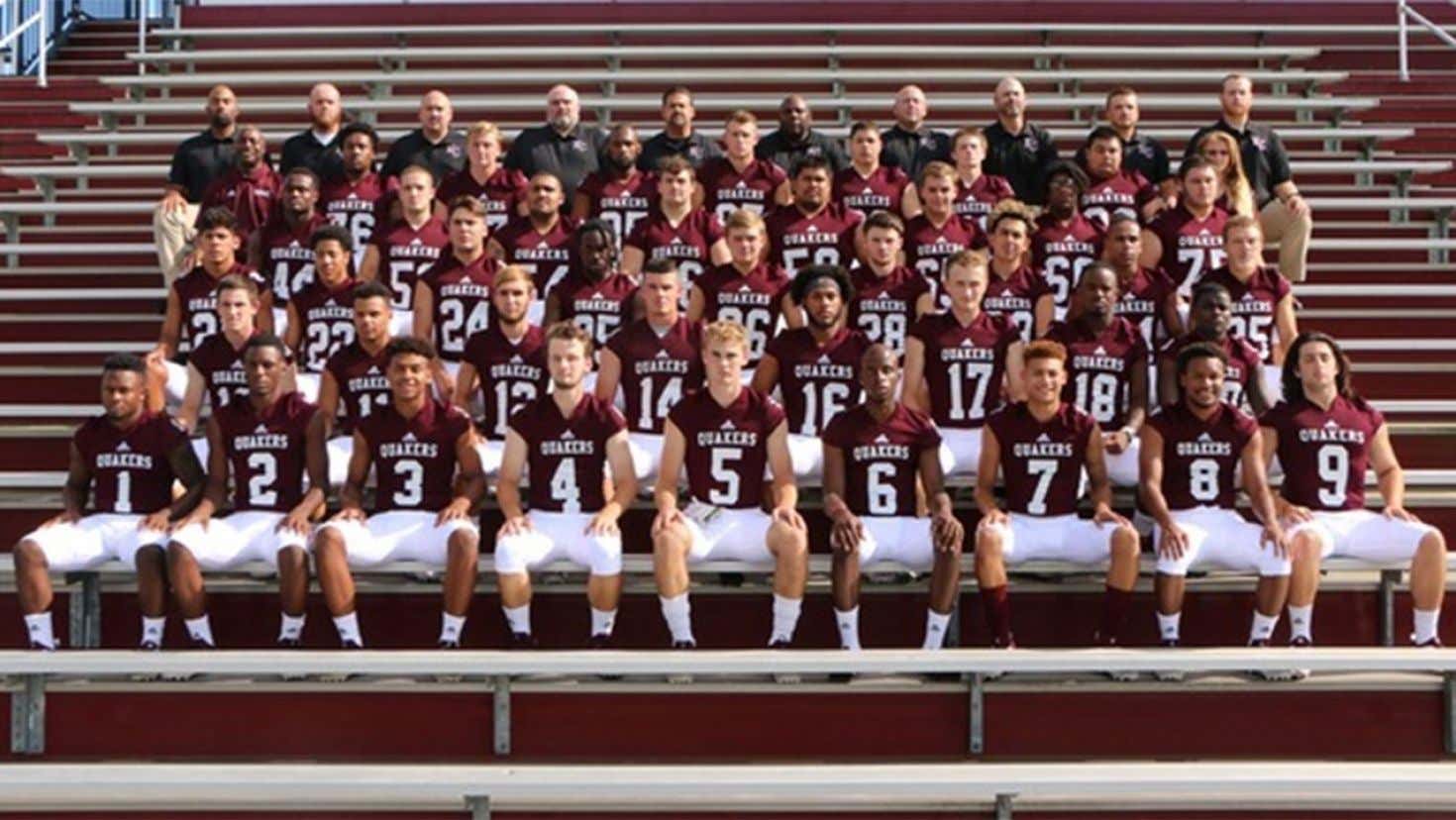 Earlham College in Indiana labels themselves as the “national liberal arts college in the midwest.” Their football team competes at the Division III level. To put it bluntly, they aren’t very good: 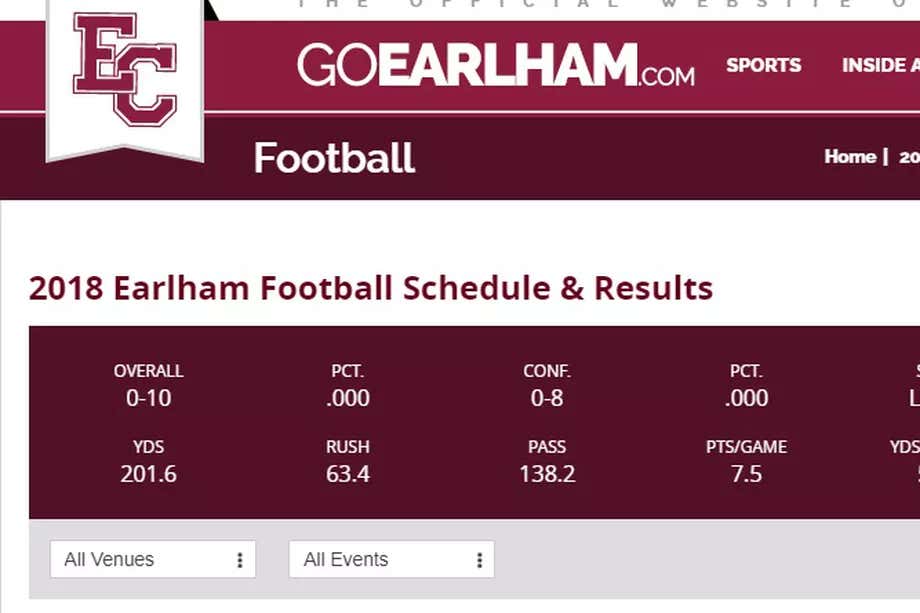 So bad that they haven’t won a game since 2013! It’s been 53 games since Earlham won a football game. Fifty. Three.

This year, on their homecoming, they lost 59-2:

So, the school has decided to cancel their entire 2019 season:

You just hate to see that.

Earlham plans to bring back football in 2020, but only if the appropriate funding is guaranteed, solid players have been recruited and a “highly qualified” coach is hired.

Might as well just get rid of the program at this point. How would you even measure a division III recruiting class?

If you want to see the type of players they are trotting out there, here is a link to their roster. Hopefully, they’ll be able to retain Vincente Becerra: