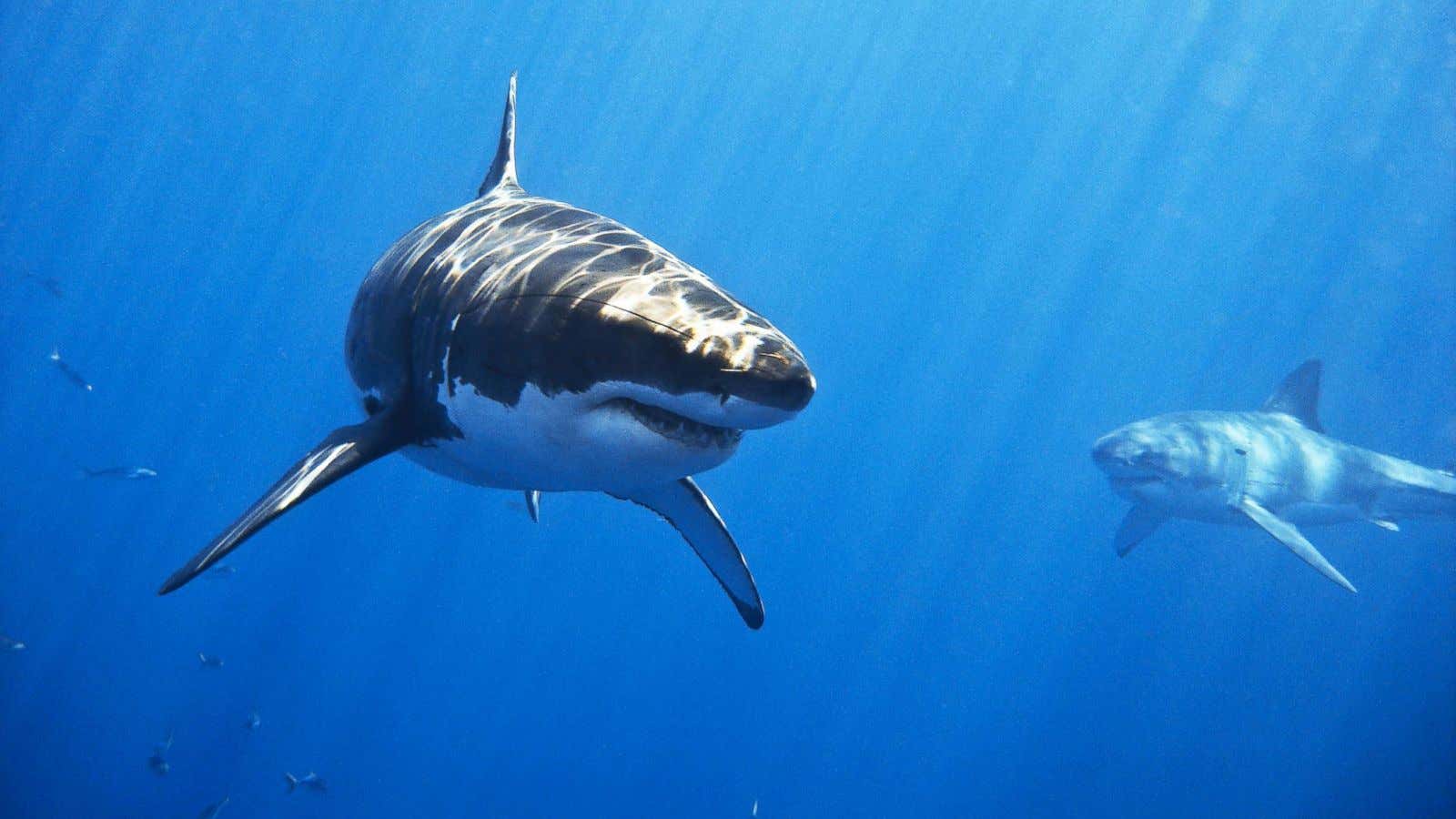 Fox News - This fisherman is going to need a bigger boat.

Eric Stockwell was fishing from a kayak off Cape Mendocino in Northern California last Sunday when a great white shark took hold of his line.

“Dude, great white just had my line. It came up to my boat, twice,” Stockwell said in the video.

Stockwell was out fishing with his friends when the huge beast swam up to his tiny kayak.

“As big around a VW bug,” he said, while the shark was still swimming around.

Holy good God almighty, that’s a big shark. What a fucking beauty. That thing looks like it eats kayaks for breakfast, lunch, and dinner. I can’t imagine the feelings this man felt when his brain finally made sense of what the fuck just happened to him. It wouldn’t have taken much effort for that 12-foot beast to tip over his kayak if the situation turned ugly.

That’s the thing about great white sharks though; Spielberg makes one scary movie about them and now everyone thinks they’re killing machines but they’re a lot smarter than people realize. This thing didn’t want to eat our pal Eric Stockwell, it was after whatever bait he was using, or maybe whatever fish (possibly a halibut it would seem) had taken the bait initially. Judging off everything I can see, he got what we wanted or at least was able to figure out that the big floating thing that looks awfully similar to a seal was not, in fact, a seal.

Thank God it worked out this way too, because now not only do we not have to mourn for the loss of another human at the jaws of a confused shark, but we also get this incredibly cool and moderately horrifying video of what it’s like to realize you just came within feet of having your kayak flipped by a 1000+ LB and 12-foot shark and getting turned into shark bait.

With this video, we can all live vicariously through the eyes and cell phone of Mr. Eric Stockwell without the all-too-real negative repercussions like having to row your kayak all the way back to land with a warm load of diarrhea resting awkwardly in the netting of your Quiksilver swim trunks. He’ll probably have to wash the inside of his kayak now too, but it’s still better than dying if you ask me.