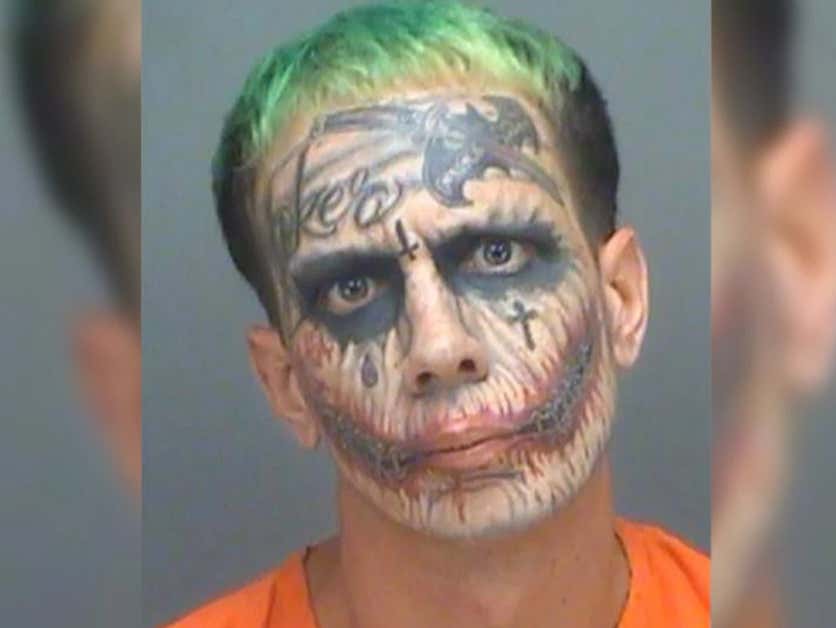 This might be hard to believe, but this guy isn’t exactly your run of the mill guy. He isn’t finishing the porch on weekends or dropping the kids off at ballet after school. Not in the PTA or coaching little league. Nay. Instead he is, well, he’s back behind bars, behind held without bail, after being arrested for the 3rd time this year.

NYP - The Joker is back — behind bars, that is.

Lawrence Sullivan, a 30-year-old Florida man whose heavily-tattooed face resembles that of Batman’s primary nemesis, was busted in Pinellas County on Tuesday after a warrant was issued in Miami-Dade County for a concealed-carry firearms offense, WFLA reports.

Sullivan, of Gulfport, remains held without bail as of Thursday at the Pinellas County Jail, online records show.

Sullivan, who was arrested twice in an eight-day span last year, has seemingly added to his collection of facial tats, including an upside cross between his eyes. He also has tattoos of a sword, a marijuana leaf, the Grim Reaper, Freddy Krueger and — of course — the Joker, according to jail records.

Now, you might be wondering how I know it’s the same guy. After all, the guy who was arrested last year looked like this: 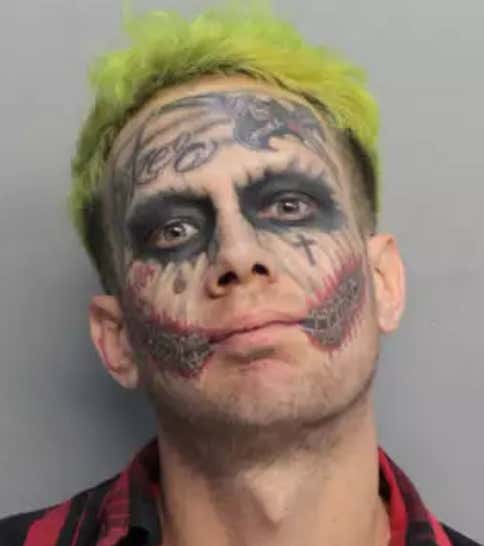 Look at that fresh face! Bright eyed and bushy tailed, ready to take on the world as he knew it. If only those pesky police weren’t always in his dang business. Thankfully the judicial system let him out of jail, because they knew he was no threat, was just simply “waving a handgun at drivers outside an apartment complex”. No biggie. He definitely doesn’t have every warning sign imaginable. Now we hold onto our britches wait and see if he’s released from jail once again.