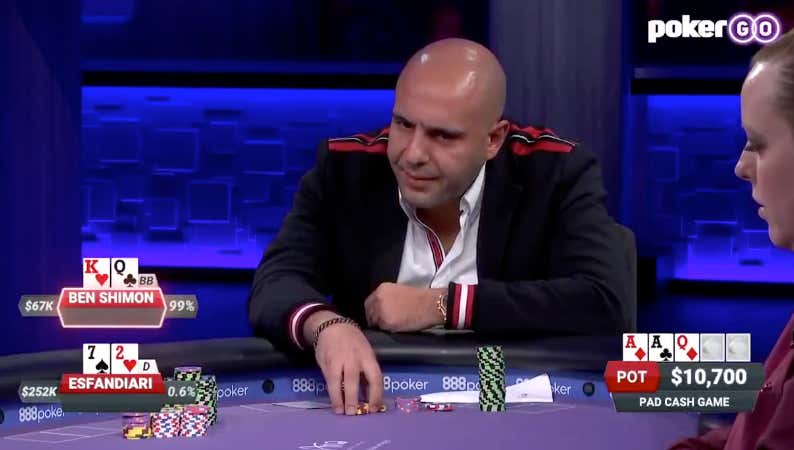 The 7-2 game is a game within the game of poker where if you win a hand and show down 7-2, you collect money, in this case $500, from everyone else at the table. It makes things very, very interesting, because it makes people play 7-2 very aggressively, because usually it’s the only way you’ll win the hand. You can also frustrate your opponents into thinking you have the 7-2 when in reality you have the nuts. Lots of mind games can be played when you play the 72 game.

In the hand at play, they are playing $100/200 blinds and Esfandiari has mounds in front of him. His opponent, Ben Shimon, is a loose amateur player. He flops top pair and it goes check/check.

The turn comes another ace 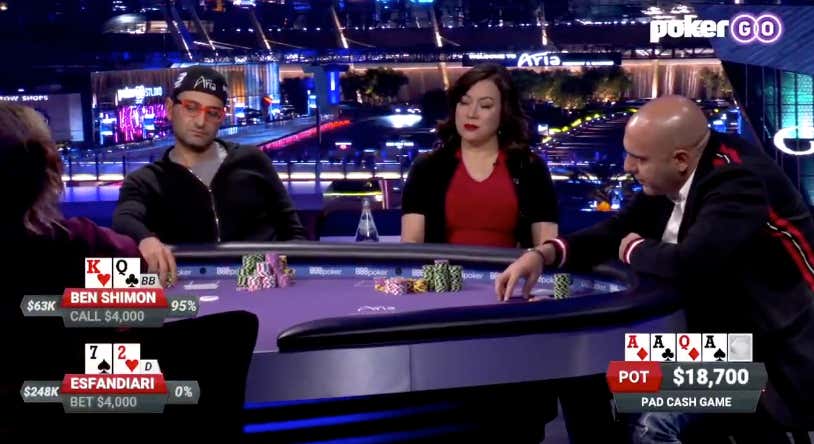 Giving Shimon a full house and Esfandiari still 7 high. The only thing that would beat him is the case ace. 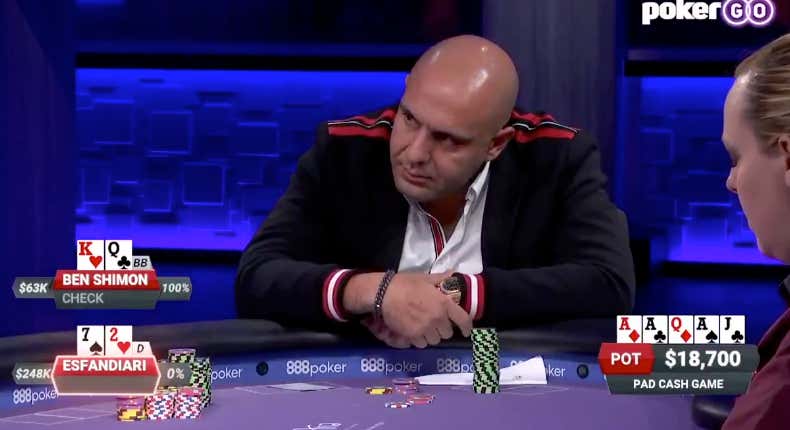 The jack of clubs.

Shimon checked and so Antonio knows he either needs to give up on the hand and accept defeat, or go deep into the chamber and fire one more bullet.

And that’s what he did. 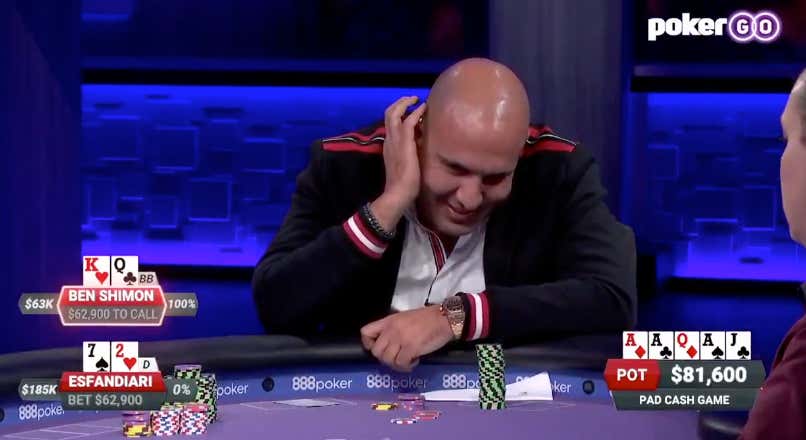 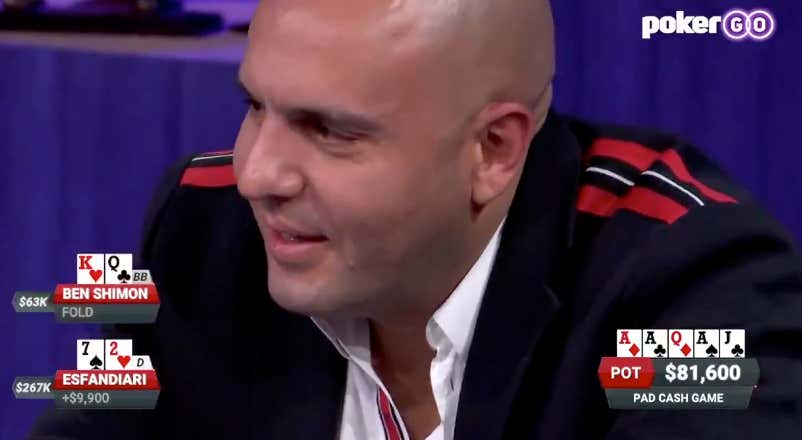 Antonio was over the moon, collecting $500 from each player. 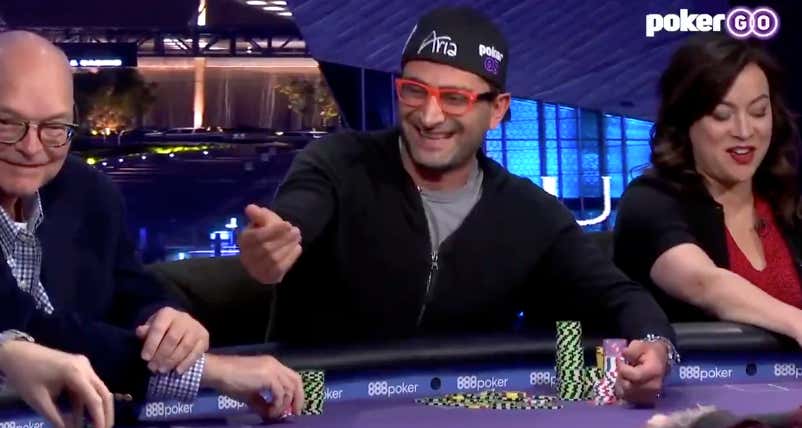 He picked the worst hand to bluff with the worst possible hand, and came out way ahead. Freaking Antonio. What a life.

You can watch the full hand play out below.