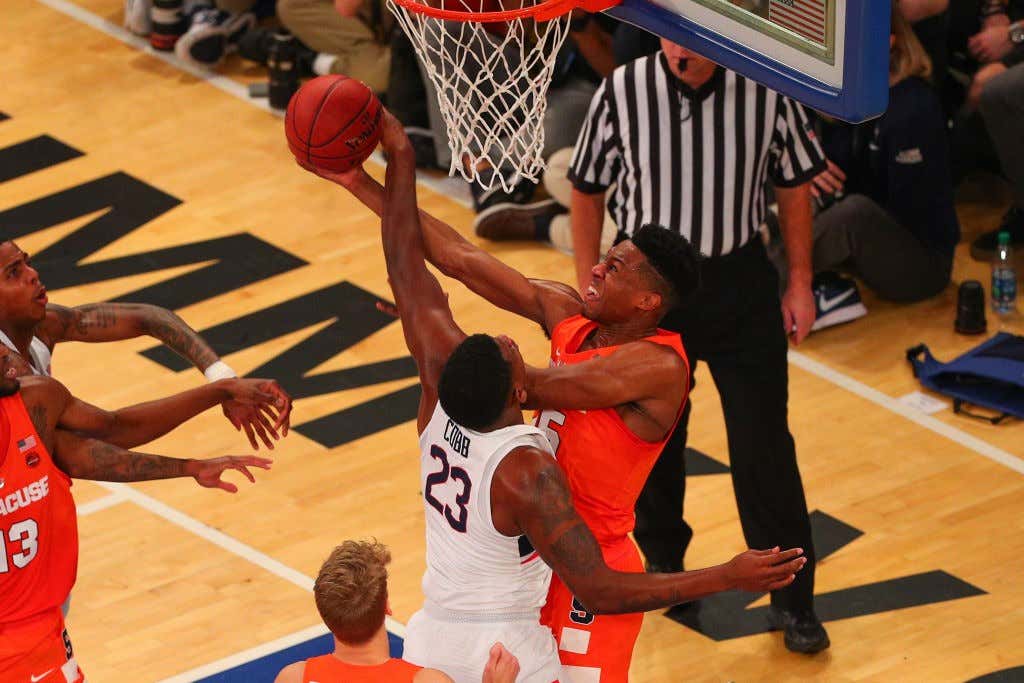 I’m not sure if I get accused of hating two teams more than Syracuse and UConn. So it’s only fitting that we title this blog a Stoolie hate special. That said, there are very few things that make college basketball feel like college basketball than UConn vs Syracuse in the Garden. I know everyone likes campus games and what not, but this game should always be played at the Garden. It’s just the perfect set up for it.

Now, this is a good litmus test for both teams. Syracuse is clearly the better team, but with Dan Hurley at UConn, we should see a decent gameplan. Very first thing you have to look at is UConn’s offense being consistent against the 2-3 zone. This year has a chance to go down as one of the best defensive teams for Syracuse. There’s enough depth and size to run that zone and protect the rim. The key here is going to be UConn’s ability to probe the zone with Jalen Adams up top and consistently getting the zone to shift and shade one side leading to open shots on swing passes. Good news is UConn has actually shot the ball well this year as its top-75 in effective field goal percentage, 3pt shooting and 2pt shooting.

On the other hand, Syracuse is still without Frank Howard. Expect Danny Hurley to try and take advantage of this. Ever since he was at Wagner he likes to apply pressure and try to force turnover from the guard spot. That hasn’t changed to start this year and won’t change tonight. He’s going to challenge guys like Jalen Carey to take care of the ball. Carey has one of the highest turnover rates in the country at 40%. If UConn denies Battle the ability to be the main ball handler, Carey has to take care of it. You can’t let UConn get free points with that turnover rate.

From there the final key is going to be, who on UConn can check Oshae Brissett? He’s going to be the mismatch here with his size at 6’8″ and ability to create and finish at the rim. Well, he shows signs of it at least. He is a bit inconsistent at finishing and depending what Brissett you get tonight could make this a blowout. UConn doesn’t really have a guy that can match up with Brissett – so look for him to get a ton of touches.

These games tend to be close no matter how good/bad these teams are. I expect the same here, but Syracuse’s defense is going to be too good for this. It’s likely going to be an ugly game. Don’t expect a whole lot of up and down and beautiful basketball. That’s what makes this game beautiful. I do like Syracuse here despite not having Frank Howard. I think they can defend UConn’s shooting enough while you get a big game from Brissett.