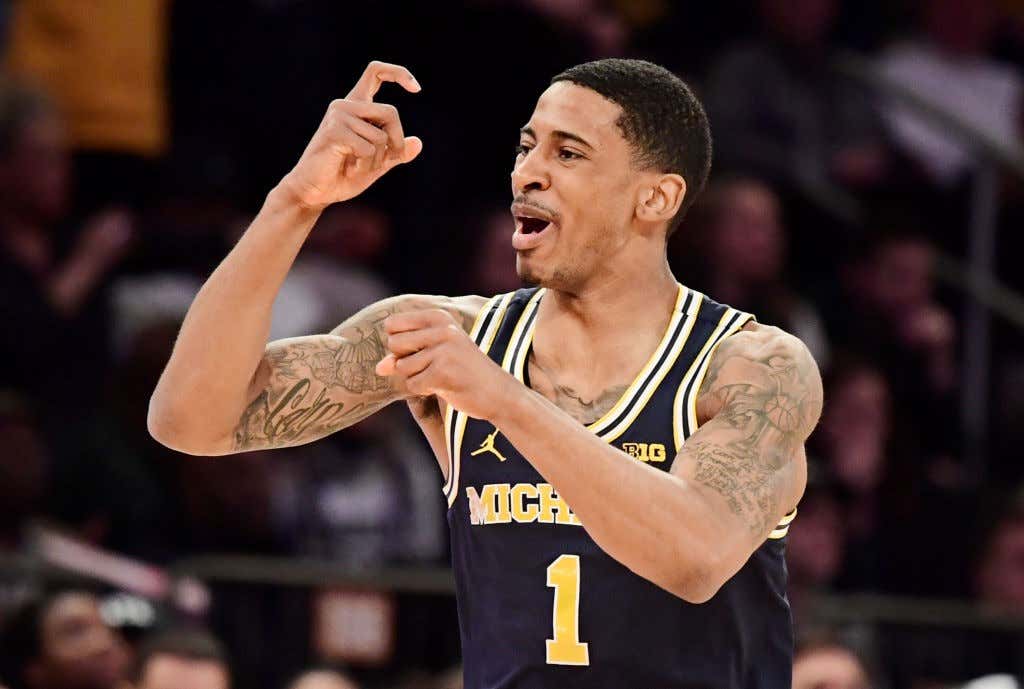 I know what everyone is about to scream at me. The Duke win over Kentucky was the most impressive win of the year. I’m actually going to disagree with that. What Michigan just did at Villanova was more impressive. The fact that it happened at the Finn, on Nova’s campus and just the dominance was more impressive. At least Kentucky scored 80+ against Duke. Villanova looked like it couldn’t dribble against Michigan.

That was a good old fashioned ass kicking by every possible way.

And it’s because John Beilein made the smartest decision in his career. This was highlighted by Michigan’s defense – led by Luke Yaklich, who Beilein hired to be his defensive coordinator. What we saw was Michigan take away what Nova wanted to do. Actually it took away what Villanova wanted to do with the second decision. What makes Nova so good is when it gets stuck there’s always an outlet. It’s typically a skip pass along the baseline for a corner three. That was suffocated by Michigan. The Wolverines jumped every passing lane. You saw them switch screens. You saw them stay at home and only really help when Paschall drove the lane. It was a damn impressive defensive effort and that was my big takeaway from this game. Michigan’s defense is for real for the second year in a row and that’s because of Luke Yaklich.

The other takeaway? It’s going to take some time for Villanova’s new pieces to adjust, especially defensively. Collin Gillespie was absolutely exposed tonight. He couldn’t stay in front of Zavier Simpson. When he was on Charles Matthews it was a mid post turnaround jumper 100% of the time. Joe Cremo couldn’t stay in front of a guard. Jermaine Samuels and Seddiq Bey were both just absolutely lost defensively. Jahvon Quinerly was playing limited minutes because of being lost defensively. It’s going to be an adjustment for Nova’s new pieces to come in and learn that Nova switching defense.

For me this just continued my thought process from the preseason though. Michigan is the best team in the Big 10. I was curious as to why most people had them outside of the top-20 compared to my No. 14 in preseason rankings. I get the loss of Wagner/Abdur-Rahkman/Robinson, but Teske continues to be one of the most underrated players in the country. He gives Michigan a different look with his ability as a 7’0″ to roll or pop on those 2-guard screens. So consider Revenge Tour for hoops season officially on.

At least Nova got one win tonight: