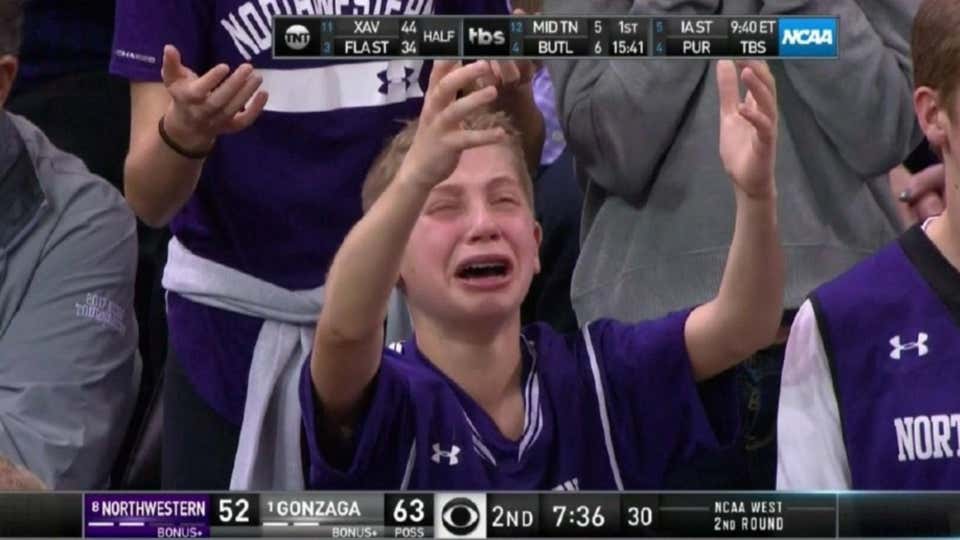 Pretty cool, right? Two years after the school made their first appearance in March Madness, the football team has a chance to win the Big Ten Championship for the first time since 2000! Time to celebrate! From the New York Times:

Before we begin, I am not the biggest fan of the New York Times for various reasons, but after reading this headline, I have a new #1 reason why I am out on the NYT:

Sporting? You mean….sports? What the fuck is sporting? Is this a newspaper for the British elite in the 1800’s?

We would have been delighted if the team had won more games (it didn’t have a winning season until 1995), but we consoled ourselves by taking a sort of perverse pride in our losses. As the Wildcats were being pounded by Big Ten opponents — especially our downstate rival, the University of Illinois — the N.U. students in the stands would chant, “That’s all right, that’s O.K., you’re going to work for us one day!” Obnoxious and classist, yes, but satisfying.

The worst. Carmel McCoubrey is the WORST.

The school has invested plenty in the team; a couple of months ago an indoor practice field on prime lakefront property opened, part of a $270 million complex that Northwestern hopes will lure recruits and render practices more efficient — and make the team more competitive in a conference that has a lucrative television deal. It’s a commonplace for non-athletes to complain about too many resources being devoted to athletics, but colleges should spend money on sports for a lively campus and to promote students’ health.

I wonder if Carmel would deny the money that comes into the school courtesy of football.

So it’s been much more than disconcerting that my alma mater’s success, and its big investment in the sport, comes as we are being reminded every day of the price football players pay in traumatic brain injury. The rash of chronic traumatic encephalopathy among N.F.L. players has gotten the most attention, but college playersarehurt, too. Some colleges, like Dartmouth, are trying ways to reduce these injuries by eliminating tackling in practice and taking other measures, but they remain outliers.

News of Northwestern’s triumphs now just serves as a reminder that there are real young men behind those wins whose brains are being battered. I want the Wildcats to win less so they won’t play as much.

This is when I started to laugh. CTE and brain injuries are a legitimate concern when it comes to football, but they don’t just go away if you aren’t good at football. I don’t know if that’s what Carmel thinks happens? Yes, they’d play less games, but the difference between playing 12 and 14 games in the grand scheme of things is negligible.

It’s also making me increasingly uncomfortable about giving to my old school. When I donate nowadays, I make sure to earmark my gift so it won’t be applied to the football team in some way, but I’m wondering if I’m still making myself complicit by donating at all to a university that is willing to risk its students’ health and happiness for a share of television revenue.

I think Northwestern’s 10.46 BILLION dollar endowment will be okay without your tiny donation, Carmel. Actually, I’m sure of it.

The Wildcats play Iowa on Saturday. A victory would put them a step closer to the Big Ten championship game after the regular season. I’ll root for them to play safe — and lose.

Should’ve just named this op-ed piece “I Just Hope Both Teams Have Fun And Enjoy Their Orange Slices At Halftime.”

At least there are a few good Northwestern alums out there:

Before I go, I just want to shout out Alex Spanos: