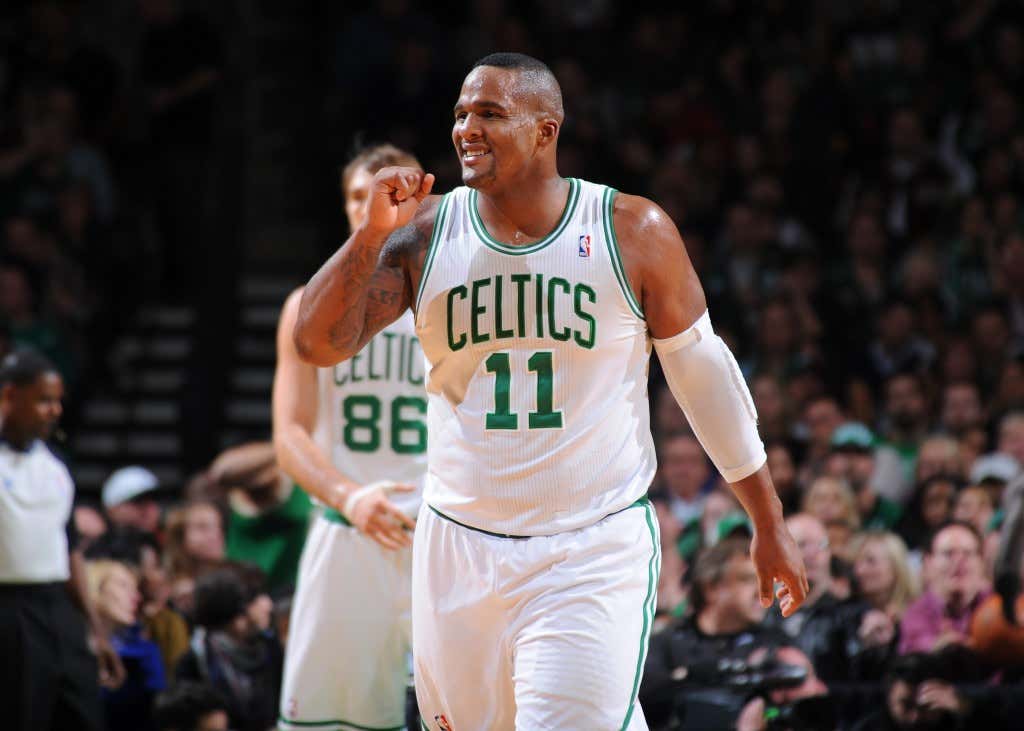 Everyone has their favorite NBA insider. There’s the classics like Woj/Shams, maybe you like Chris Haynes or Marc Stein, well maybe it’s time we add Big Baby to this list? If that sounds crazy it’s because it is, but he’s such a wild card I don’t think you can completely ignore him here. Let’s try and dissect this in order to understand what Big Baby is saying.

Um, I mean, to knock us off? Boston. They’ve got a deep team. They’ve got a collection of talented scorers where it’s going to be hard to switch guys on. They’ve got a big man (in Horford) who can facilitate like Draymond. They’ve got a great coach (in Brad Stevens), a great atmosphere, a great home court advantage, and they’ve got a lot of length. Those are usually the teams that give us trouble.

The Celtics need a 15 year vet

What if this was a misdirection play by Kyrie? After this season Kevin Durant will have completed his 12th year in the NBA. Simple math tells us that this is not 14/15 years like Kyrie was talking about. But the more I think about it, what if this was a page right out of Trader Danny’s playbook? Say something crazy like 15 years so nobody even considers you’re really working on bringing in Durant. So genius it makes perfect sense. When have we ever sniffed out what Ainge was going to do? We all look one way and he’s sitting there laughing as he goes the other direction and shocks the world. Can’t exactly rule this out.

The Lakers are coming

OK that made me laugh because nobody wants to play with LeBron, but hear me out here. Remember this quote?

Well what is the one thing Durant will always come in second with? His ranking compared to LeBron James. Everybody knows when you’re talking about best players on the planet it’s 1. LeBron 2. Durant. Let’s say LeBron and the Lakers do actually convince other stars to go there and somehow make a Finals, what better way to pass LeBron in that debate than to beat the Lakers and LeBron with the Celtics? Remember, LeBron has 3 rings, and by this time it could be Durant’s fourth (assuming they win this season). Something to think about, I’m just saying.

I’ll admit it’s a little confusing to talk about how Durant doesn’t want to deal with LeBron because they are going to be good, but then would go to Boston where theoretically they would play this really good LeBron team, but you can’t focus on the facts with Big Baby, you just have to roll with it and keep it moving.

My question is, what does Big Baby know. Common sense says absolutely nothing and he is just saying wild shit on the internet to get attention, but at the same time who knows. Players have relationships and while I can’t imagine anyone in Durant’s inner circle is good enough friends with Big Baby to let him know his future plans the NBA in 2018 is so crazy you absolutely cannot rule anything out. I’m not saying Big Baby just cucked the shit out of Woj/Shams, but we are seeing players break more and more news, just look at Dame Lillard. He’s practically a media source.

So fuck it, I’m with you Big Baby, even though this is complete utter nonsense.