aka the real reason Danny Amendola and Olivia Culpo didn’t work out (besides just the fact that he’s an athlete).

I know, I know, I’m late to the Dolivia Culpondola party (or whatever TF their celebrity couple nickname coulda/shoulda/woulda been).

Danny Amendola got busted canoodling on the beach with some other girl about two weeks ago. So why am I just now bringing it up? Because people were blindsided by the fact that Amendola could do that to one of the most beautiful and sought after women in the world. Athlete and all, people couldn’t seem to wrap their brains around it.

You wanna know why? First and foremost it’s because guys are shady. They can’t help it. It’s coded into their DNA. They are programmed to spread their seed far and wide. The bigger reason however, is because men love the cray cray. This isn’t anything new. We’ve all heard this before. Since the dawn of man, men have bored of safe and secure, and innately gravitate towards women who keep them on their toes AKA scare the shit outta them. Olivia Culpo is most definitely not the scaring kinda gal. Olivia is the epiphany of the nice girl. If you follow her on instagram, she embodies everything that Danny’s mama would want his woman to be. Her social media isn’t just perfect, it is horribly perfect. Stunningly beautiful, poised, eternally smiling, it borders on annoying. 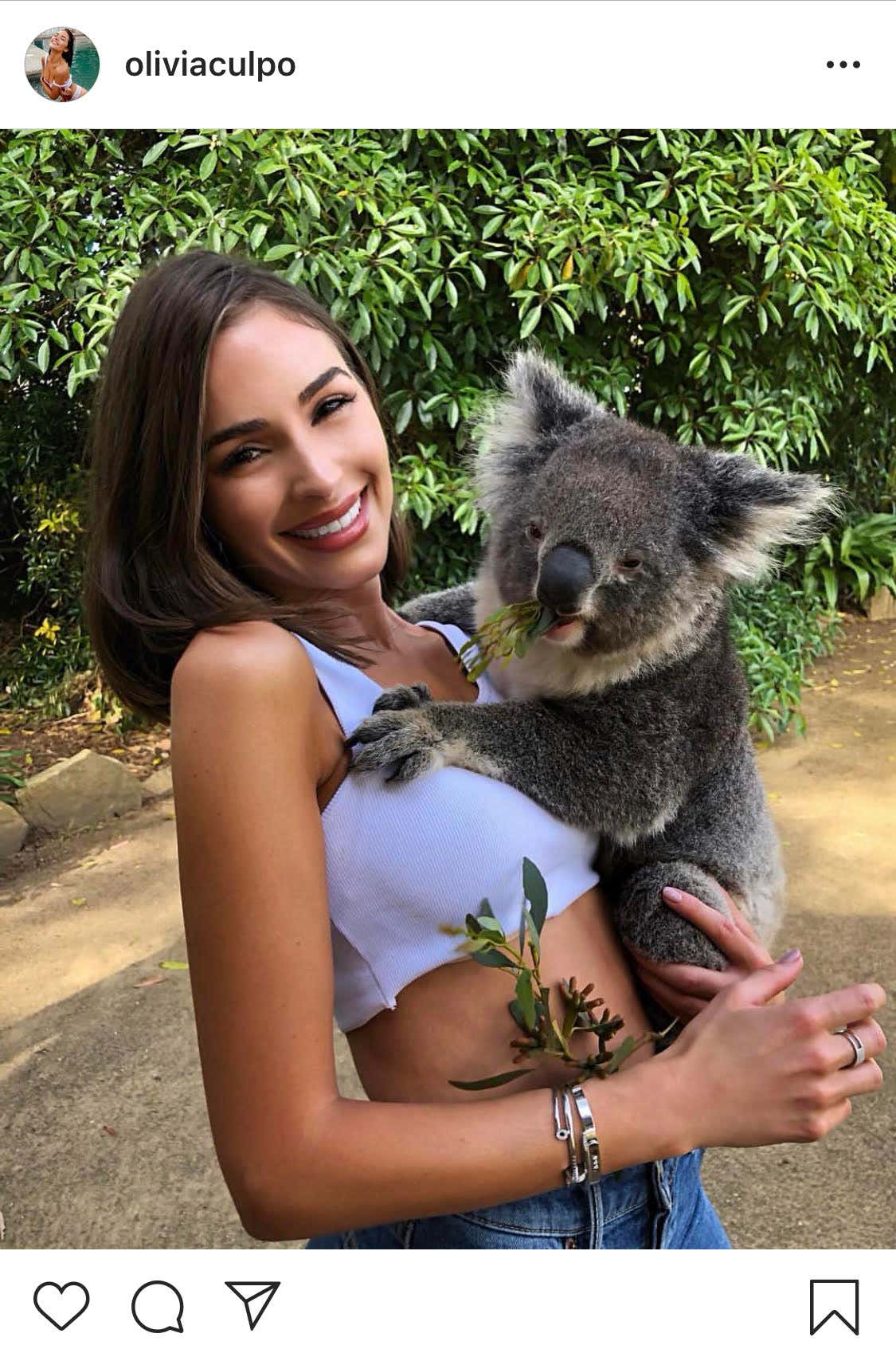 She seems like a really sweet girl, don’t get me wrong. But unfortunately men don’t want sugar and spice and everything nice. They want a deranged hotty that’s everything naughty. Dare I say it, but Olivia is a little too STABLE for a guy like Danny Amendola to stay intrigued.

Case in point. Following their first break up, Olivia did what any girl (with unlimited expendable income) would do. She hopped on a flight to vegas and documented the whole thing. Can anybody say revenge *slash* thirst bait photo shoot? However, her idea of showing a wild night in Vegas was her daintily sipping a glass of champagne in her hotel room whilst having a playful pillow fight with her girlfriends. The keyword there: PLAYFUL. There was zero sex appeal to this pajama party. No lingerie. No scantily clad bikini shots. No slanky bathrobes. No tits out, no clits out. At least give him an areola or nip slip to stew over! Her idea of getting back at him was posting story after story after story with her prego sister and sober BFF as they jumped around around in their boring ass pjs.

As I menioned in Episode 10 of CHD, she should’ve been suctioned into some latex, chugging 1942 straight from the bottle. If you want to drink bubbly, do it while dancing on table tops, giving out champagne showers at the clurrb (okay wow). That wholesome card that you’re playing, Liv, is great in theory, but just doesn’t get you very far in this day an age. Sad but true. 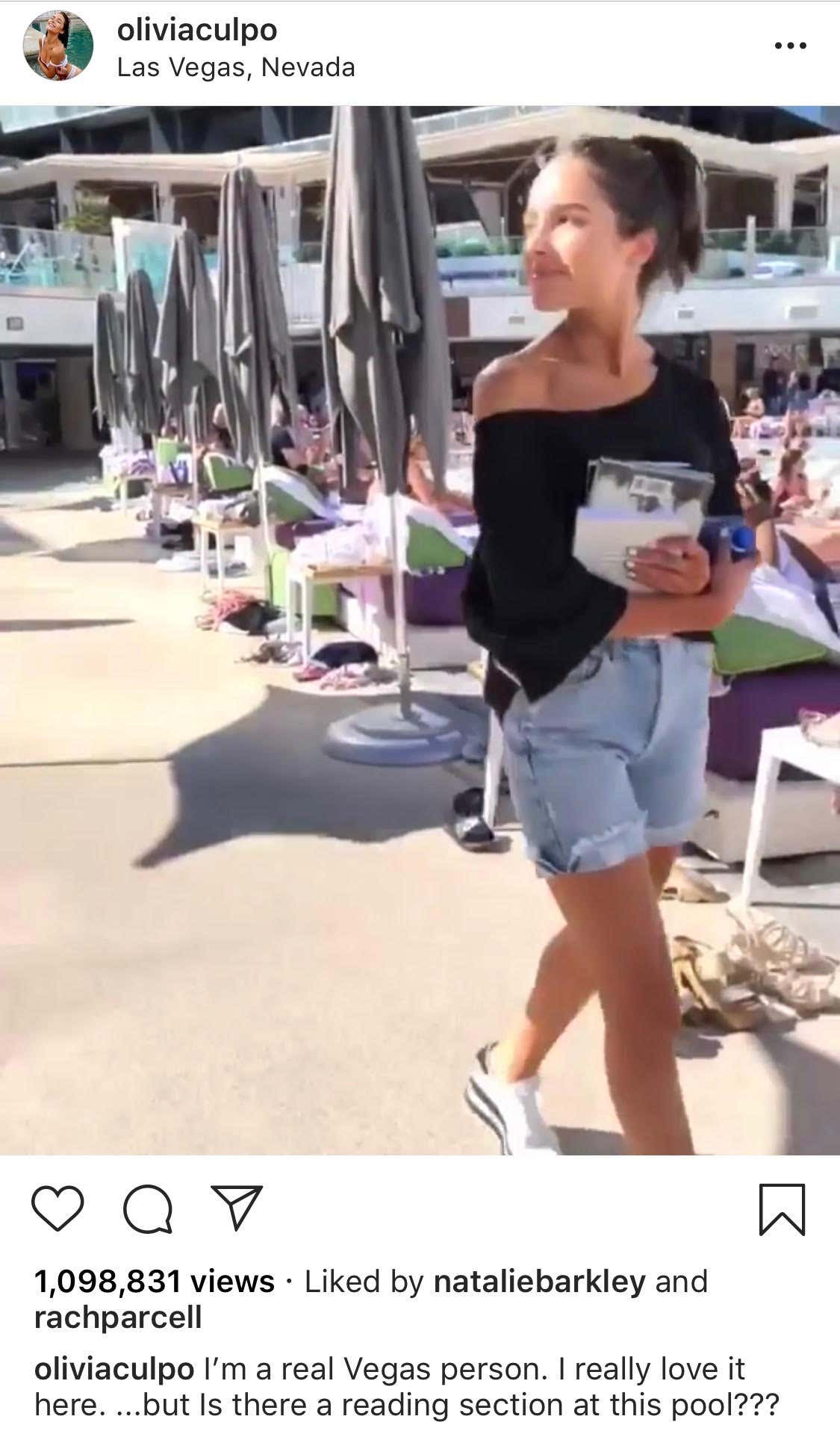 So why do guys like the crazy? For a number of reasons. Firstly, and at the most basic level, it keeps them entertained and always guessing. One thing you can say about crazy bitches is they’re never boring! Ammiright?? Secondly, you should never let a guy feel completely secure in the relationship. That’s dating 101. The moment Olivia and Danny started talking again, her instagram was inundated with lovey-dovey mushy posts professing her love for him. She took screen shots of their intimate Facetimes and threw them up for her 3.5 million followers to see. Rookie mistake. Some may argue that this is a type of crazy. Well if it is, it’s the WRONG type of crazy folks!

Lastly, crazy also translates into the bedroom. You know what they say, “Crazy is as crazy fucks.” But I’ll save that one for another day, another blog.