Source - Pedro Volta had to be rescued after he struggled to untie the straightjacket and escape from the water during a magic festival. Footage of Mr Volta’s close call, filmed at the Plaza del Doctor Gerada in Navacerrada, near Madrid, showed him falling motionless after around two minutes in the tank.

As the crowd watches, those helping Mr Volta with the trick realise something is wrong and throw off the lid of the tank in order to pull him out.

He said the trick went wrong when he took too long to unlock the first buckle of his straightjacket. The escapist said he expended too much energy doing so and succumbed to exhaustion. 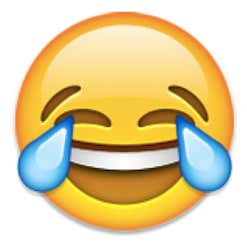 L.O.L. What a fucking idiot. We can laugh because he’s alive. I’d still laugh if he wasn’t, I just wouldn’t do it publicly. Imagine going into this stunt without 100% certainty that you can get out of it? He’s like Michael Scott except worse.

Thank God that lady in the red jacket had the sense to pull him out of there; otherwise he would’ve died in front of all those people. It must have been quite the event too considering people took time out of their day to stand around in the rain and watch this goober. They even had the Houdini music playing in the background to set the mood.

The best part is that you know he’ll be back. Pedro Volta was willing to give up his life once and he’ll do it again. Anything for the illusion. Hopefully next time he doesn’t end up having to be revived at the end of the show.