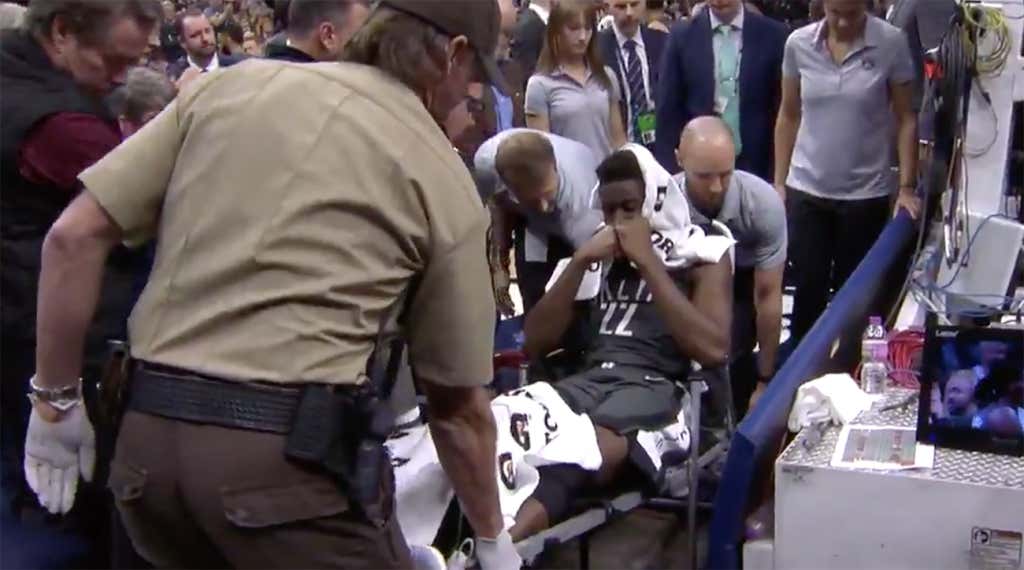 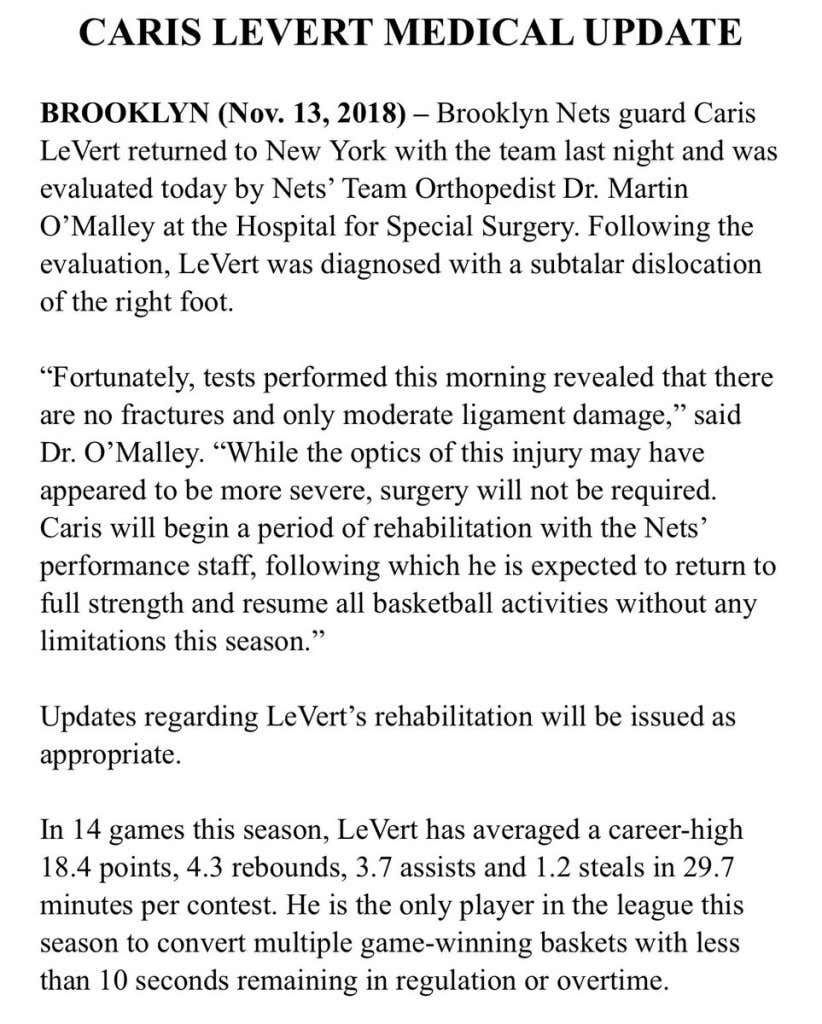 Pretty incredible and something I would call a best case scenario for LeVert and Nets fans. I can’t believe after the fall that he had, as gruesome as that looked, that he is walking away with no fractures, moderate ligament damage and could very well return THIS season. That’s just crazy. My brain can’t really comprehend how he doesn’t need surgery based on how that looked, but that’s awesome to hear. I feel like this is the first press release we’ve seen after a major injury that actually provided good news. Usually we hear about how the timetable is TBD but his season is over, things like that. The Basketball Gods sure threw him a bone with this one and that’s awesome because LeVert was having such a great season.

It makes you think though, if he’s going to be out for a while, and the Nets are in full tank mode, is it worth it? In my opinion yes, as long as he’s 100% back medically, even if he only plays a handful of games at the end of the year. To me that makes all the difference in the world. Just look at Paul George and how that helped him. It’s why I wish Hayward would have healed super fast so that he could get his feet wet before the start of this season. Obviously we now know that LeVert’s injury is not as serious as those two, but he’s going to have to face the same mental hurdles they did when it comes to trusting his ankle/foot so to get those out of the way as soon as possible is definitely beneficial

This really makes you marvel at how incredible the human body really is. I don’t know how he came out of this play with such a positive diagnosis, but as a basketball fan who has enjoyed watching his breakout season, it’s pretty awesome.