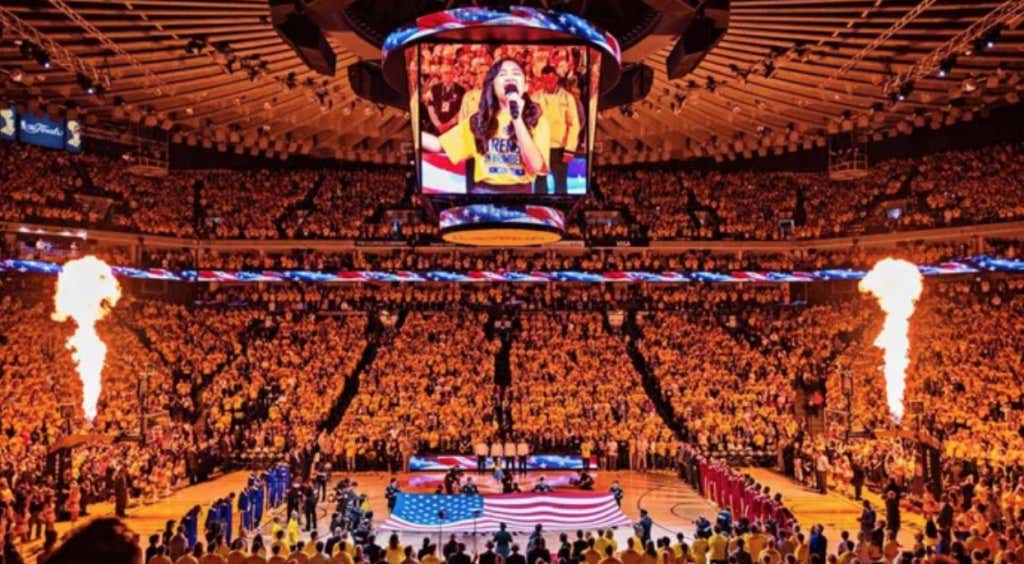 ESPN - How badly do Golden State Warriors fans want to just get into the building for a home game?

The team sent an email to its fans on Monday offering a monthly “In The Building Pass.” The pass simply gets a fan into the team’s Oracle Arena for every home game for $100 a month.

The mobile pass does not include a seat, and with no access to the seating bowl, doesn’t even include a view of the court itself. The team says fans who purchase the pass will have access to the arena’s bars and restaurants and can watch on the televisions in the club areas. Fans do have a chance to receive one of the Warriors giveaways if they are one of the first 10,000 people into the arena.

Fans can purchase up to four “In The Building” passes, although each one must be connected to a name, and they are non-transferable. Warriors spokesperson Lisa Goodwin said the team plans to sell 200 passes each month, starting with November, and that the pass will automatically renew each month through April, as the offer is not being extended to the postseason.

Good news is now you can get into Warriors games despite them all being sold out. Warriors tickets are among the hardest to get in the league. You need to pay an arm and a leg to catch a game, and if you want season tickets there is a 44,000 person wait list. Not easy!

The bad news is the newly available ticket doesn’t let you watch the actual game. You only get access to…restaurants in the arena? I think that’s what it’s saying. “The arena’s bars and restaurants and can watch on the televisions in the club areas”. So basically you are paying $100 to watch the game on TV while paying for arena food.

Honestly….this sounds like the worst use of money ever. At least when you light money on fire it turns a cool color for a hot minute. Paying to get downtown just to go sit at a bar that’s technically in the arena but gives you no actual view of the game? Woof. Just go to an actual bar with your friends and have a better, cheaper, happier time. What good does going to a restaurant in the arena do? So you can take a picture on Instagram saying you were at the game? I wouldn’t put it past people in the Bay area.

I did think of one way this could ever be an ok investment- The only, and I mean ONLY reason to ever do that is if you know someone who can hook you up with a seat. If you know someone who can spot the no-shows and tell you where ONE empty seat in the arena might be. Like if a player’s wife didn’t come or there’s a random 400-level seat nobody is sitting in. That’s the only way. If you want to sit by yourself in a game because you know the right person in the front office or a very smart and savvy usher. Otherwise, go to a bar and get hopped up enough to make some bad decisions. And perhaps play a little game called just the tip, just for a second, just to see how it feels, or “Ouch, ouch, you’re on my hair.”

in the building pass+ 3 Tags