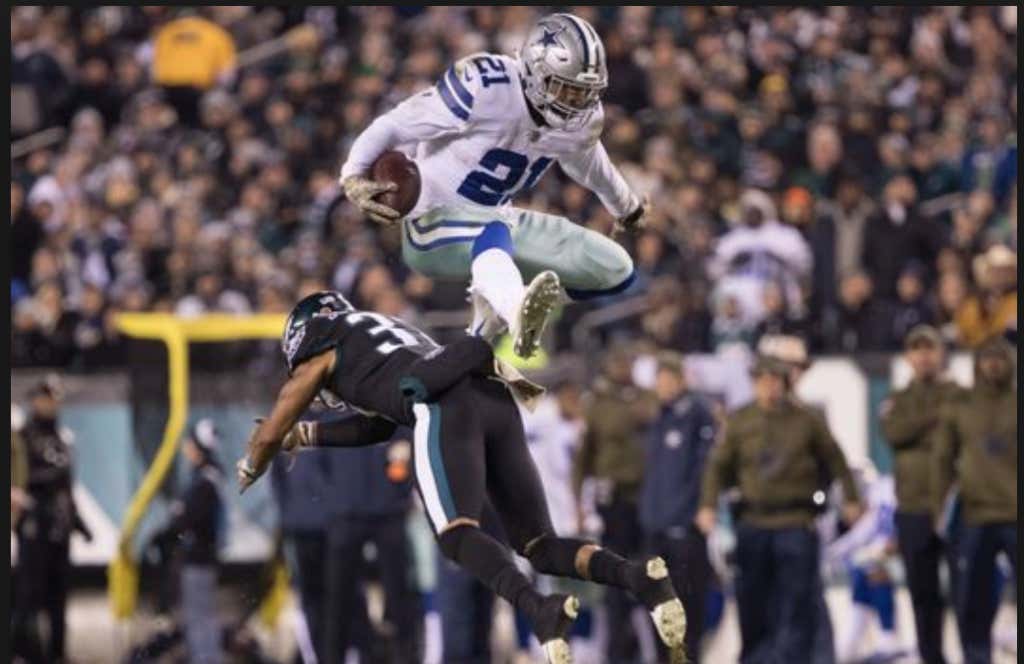 Hey guys, the Dallas Cowboys beat the Philadelphia Eagles on Sunday! But that’s not why we’re here. We’re here because Jerry Jones was back on his bullshit this morning.

Last weekend, the NFL Network reported that Jerry Jones “seriously weighed” moving on from Scott Linehan during the bye week… the same time OL coach Paul Alexander was fired. The report said, at the very least, they were thinking about stripping Linehan of play calling duties. (What a concept!)

Well don’t you worry, JG apologists (if you still exist). Dallas’ fearless owner/GM/megalomaniac batted down alllll of those rumors (again) this morning on his weekly radio show.

Via 105.3 The Fan… Jerry said that the rumors surrounding Linehan getting axed during the bye week are “completely false, totally false, never a thought on [his] part” and that the idea that Lincoln Riley was next in line was “pulled out of thin air” and “complete speculation due to proximity.”

And this is what we call complete denial, kids.

THIS is why I low key wanted the Cowboys to take an L on Sunday night. As much as beating Philly is something every Dallas native inherently wants, I want Jason Garrett out more. The more he wins, the less likely it is that he loses his job. It’s just a fact. Mediocrity is his middle name and half way through the 2018 season, the Dallas Cowboys are on a crash course to (maybe) .500 and missing the playoffs again.

If you’re keeping track at home, that means JG will probably keep his job and Dak Prescott is still getting that extension Jerry insisted on after the loss to the Titans. (Still mind blowing timing, by the way).

I’d also like to point out that there is a grand total of 0.0% chance that the NFL Network just made all of these rumors up. It’s coming from somewhere. Jerry? Maybe not. He’s stubborn. But somebody inside the walls said it? Probably. It’s no secret that Cowboys Nation isn’t happy with the current state of affairs. The problem is that a win over a divisional rival – even one that’s not very good this year – means Jerry has a straw to grasp at.

If we’re being honest, losing was a good move by Philly. One year removed from winning the Super Bowl and they’re just trying to make sure the clapper stays put in Dallas. Chess, checkers, the whole thing. Credit to them.

For all you Cowboys fans out there celebrating the win over a not good Eagles team like it actually means something, good for you. In reality, it’s a band-aid on a bullet wound. I’m very willing to eat crow if I end up wrong, but I don’t think I’m ending up wrong here. This coaching staff has to go.

I don’t care who you are, that’s impressive as shit.