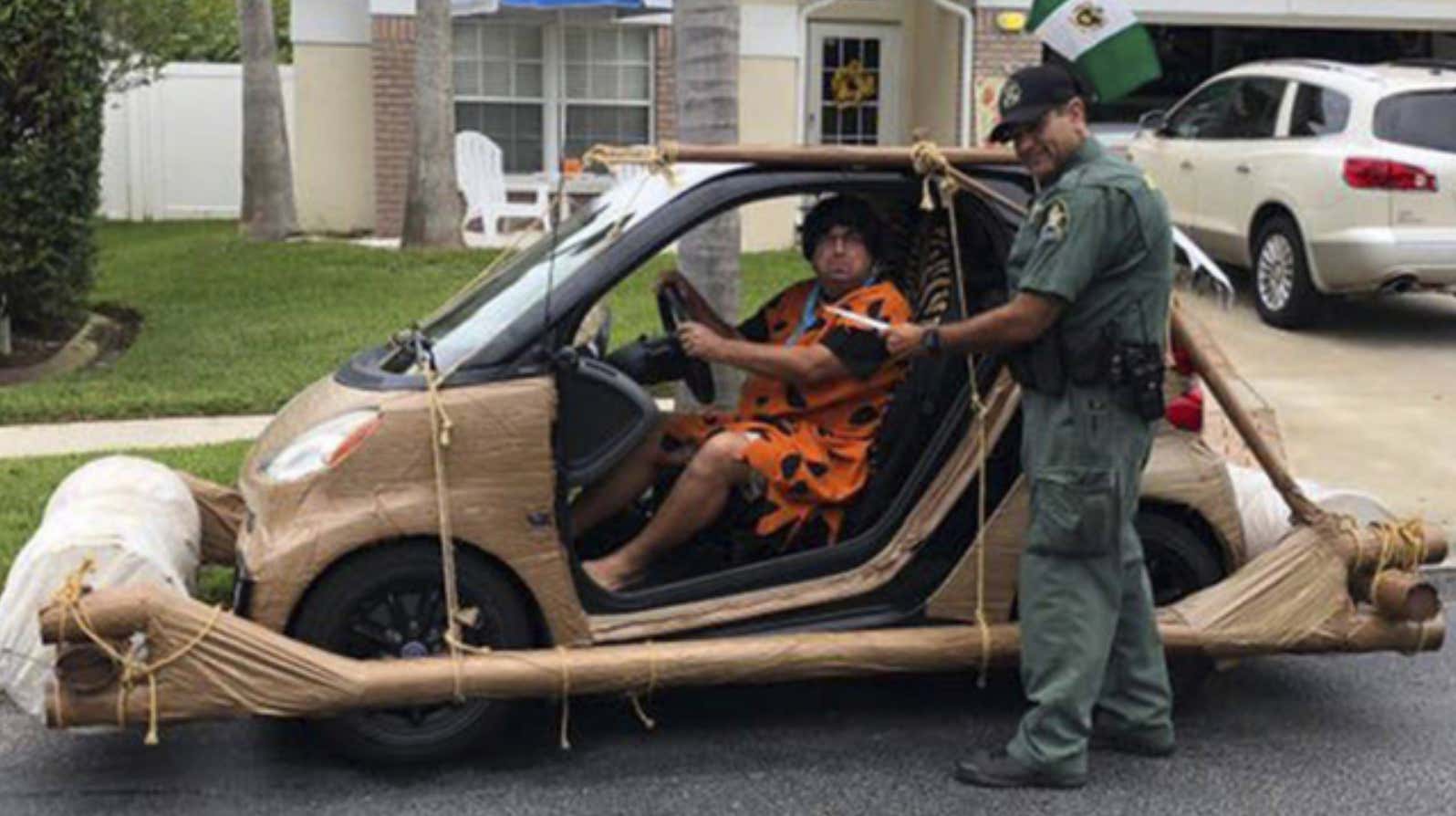 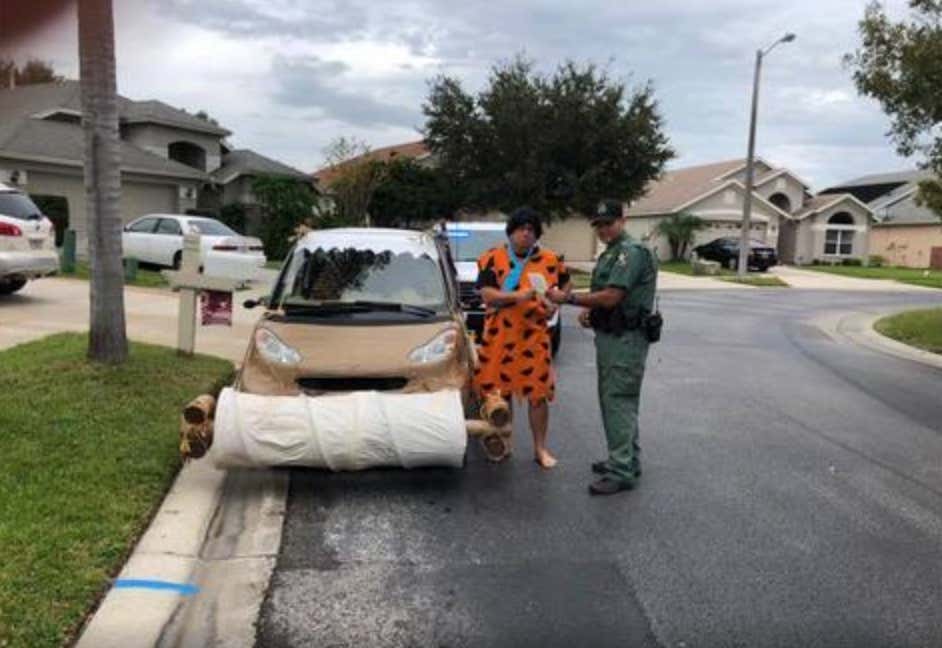 WESLEY CHAPEL, Fla. (WFLA) – Pasco deputies had a little fun with a Wesley Chapel man after they saw him dressed like Fred Flintstone while driving a souped-up golf cart that looked like the Flintmobile… and it wasn’t even Halloween. Pasco County Sheriff’s Office Deputy H. Echevarria pretended to pull over Mr. Fred Flintstone, AKA Don Swartz, for speeding in the Meadow Bedrock Pointe Subdivision. Authorities say, with tongue firmly in cheek, that after he was cited for speeding, he “became unruly and had to be detained.” “After further investigation, Mr. Flintstone was issued a Notice To Appear and released. Deputy Echevarria then seized the vehicle which is now part of the PCSO fleet. This is what Intelligence-Led Policing looked like in the stone age.

I’ll admit that headline is a little confusing. We’re kinda close to the Halloween 2018 but we’re nowhere near Halloween 2019. That’s what I meant. Once we pass by Halloween on the calendar, that one doesn’t count anymore. It’s gone. We’re officially onto the next Halloween so it’s beyond concerning for this dude to be dressed up as Fred Flintstone on November 13. That means we’re far enough away from the 2018 Halloween where it’s super weird to still be dressing up. A few days after Halloween? Fine. 13 days after Halloween? Not fine. We’re 352 days away from the next Halloween. Right now we’re in No Man’s Land when it comes to Halloween and dressing up still is not okay.

There’s a lot of questions we need answered and I hope the police got some answers. What was he doing? Where was he going? Who was he going to see? Was there a woman dressed up as Wilma at his destination? There had to be a Wilma at the other end. The guy put so much work into his costume and dressing up his car that there has to be a reason for it. To his credit, the costume is fantastic. It’s fantastic. He committed to the costume and went barefoot and the car is as A+ as it gets. I’m still unsettled by him dressing up on November 13th.