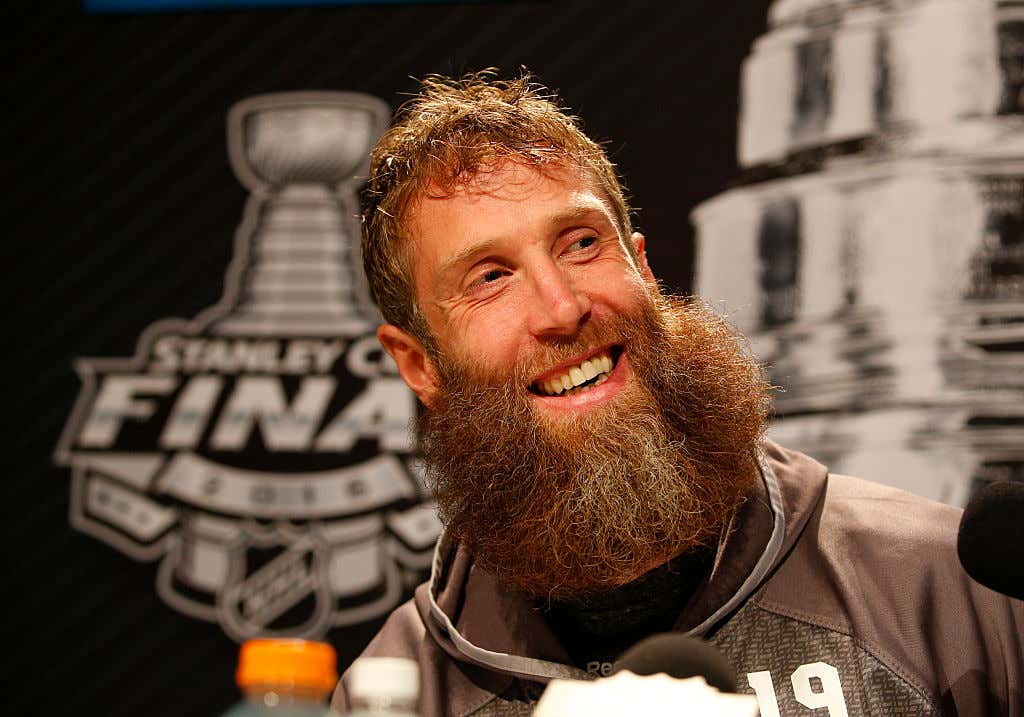 In a year that has seen more players play their 1,000th game than any year I can remember, Joe Thornton played game number 1,500 the other night. 1500!! The first overall draft pick in the 1997 draft played in game numbero 1,500 last Thusday night against the Dallas Stars becoming the 19th player in NHL history to do so.

A lot of us in Boston have a soft spot for Jumbo Joe. December 1st, 2005 was a day that would live in infamy for a lot of Bruins fans. He was the first one that got away. He was the one who, according to Mr. Whitney, is the only player in professional sports history to go on to win the MVP the same year he was traded. It was the 05-06 season and Thornton put up 29g, 96 assists for 125 points. The guy was averaging over 1.5 points per game that year. Completely bananas. He kept it up too, putting up 114 points the next season and 96 the year after.

Thornton has played 14 seasons in San Jose. Almost 1000 games for that franchise alone. Playing in 970 games, scoring 230 goals with 747 assists. I think people forget how insane Joe Thorntons numbers are. He has put up seasons with 85 or more points over six times in his career. Averaging a point per game was an every year thing for Joe. Buddy has also put up 100 points three times…..Think about that for a second.

Thornton is the active NHL point leader by almost 400 points, which is insane based off all the talent in the NHL. Joe Thornton could retire tomorrow and Alex Ovechkin would still need 8 more seasons of at least 50 points to catch Thornton. Granted he has played more games than most of the guys below him, these numbers and Thornton’s career shouldn’t be taken for granted. 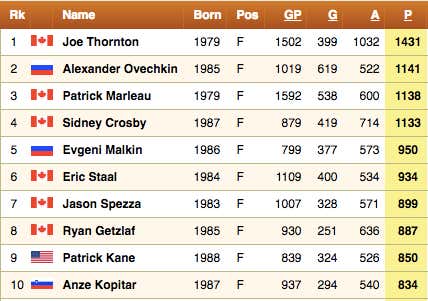 Joe Thornton is a generational talent who should be remembered for more than just his A+ beard. One of the best passer’s I have seen in my life time. A player who generally just loved to pass first and second…..and third. And it’s awesome to hear some stories about the guy too. I can’t wait until he retires, I’m sure the stories will be flowing about Jumbo Joe. I also bet the guy spends the rest of his life on a surf board and we never hear from him again.

But the point of this blog was to appreciate and amazing career thus far from Joe Thornton. 1502 games, 399 goals, 1032 assists, 1431 points are all numbers that deserve some appreciation.

To listen to the boys talk about Thornton and his career on this week’s podcast, click here.